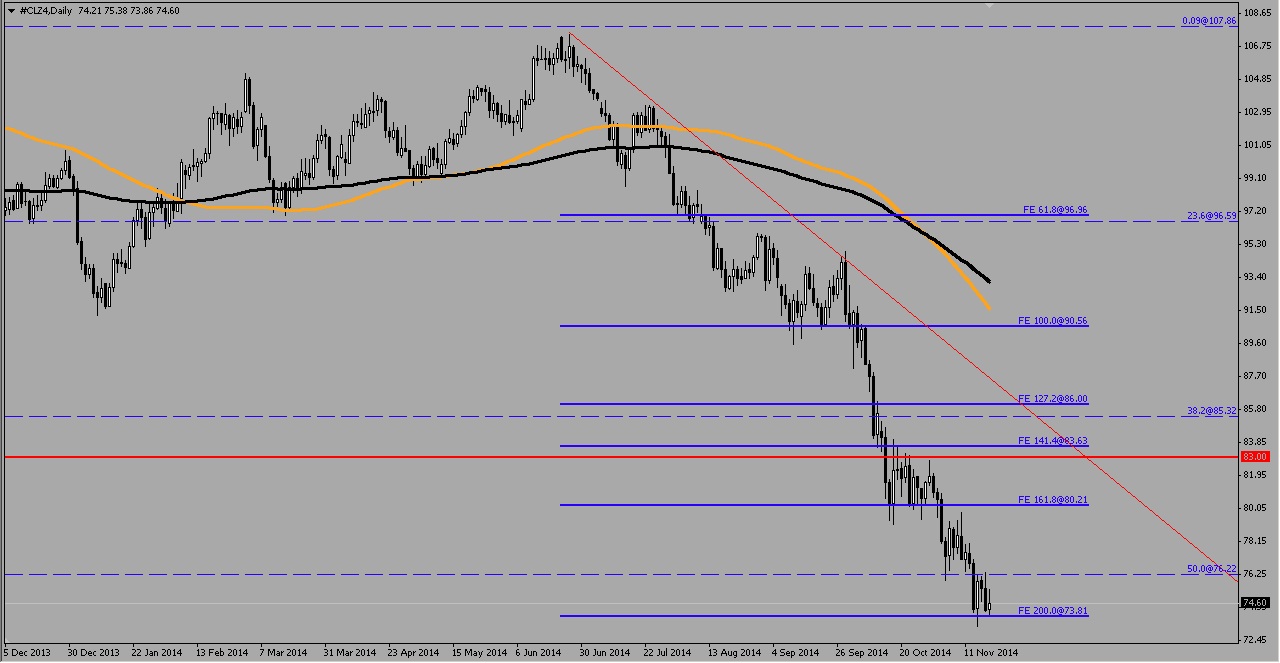 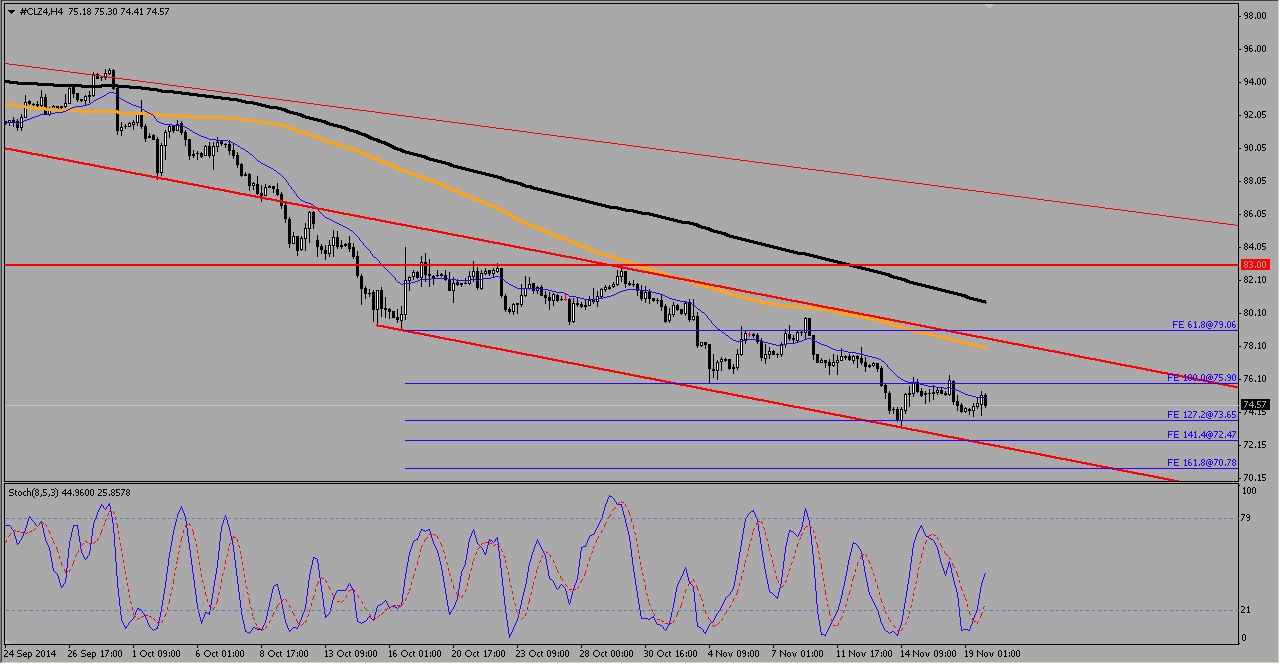 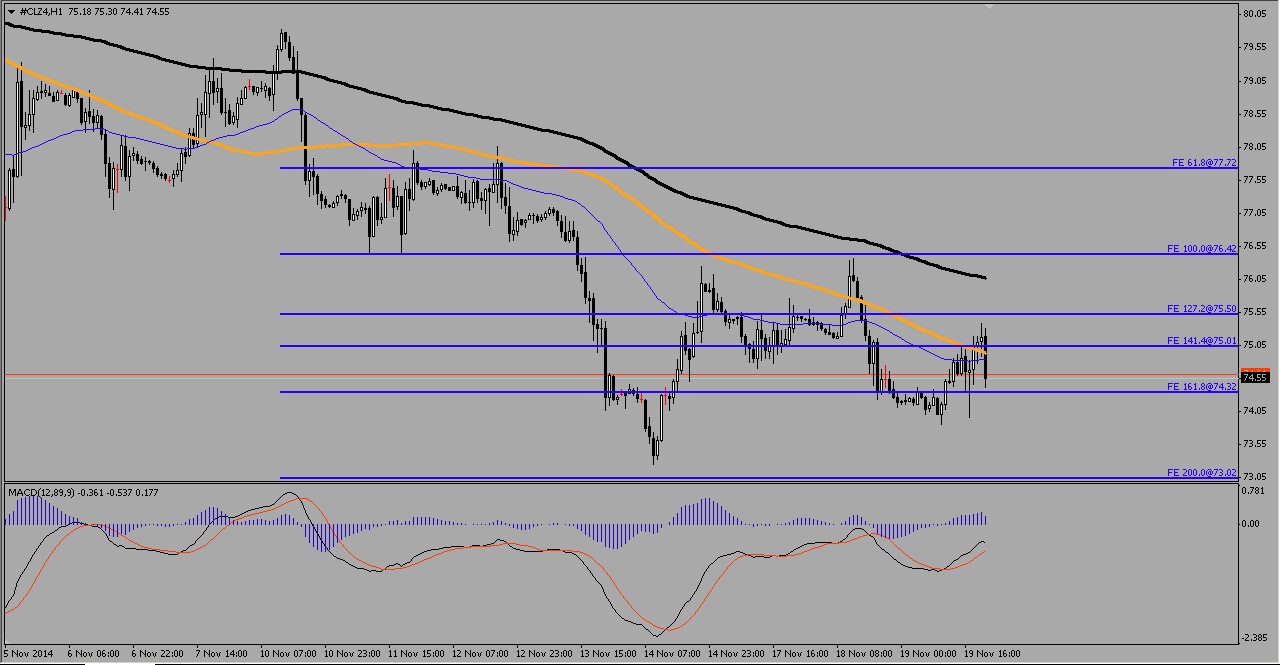 Breaking below 161.8% of the downtrend Fibonacci Expansion will see $73 reattained as dollar strengthens

Light Crude Oil bottomed out at $74 before the FOMC meeting minutes and returned to $75 resistance, similar to the retracement just the day before during the U.S session. MACD resumes its course after its retracement in the bearish zone as $73 looks likely this week again.