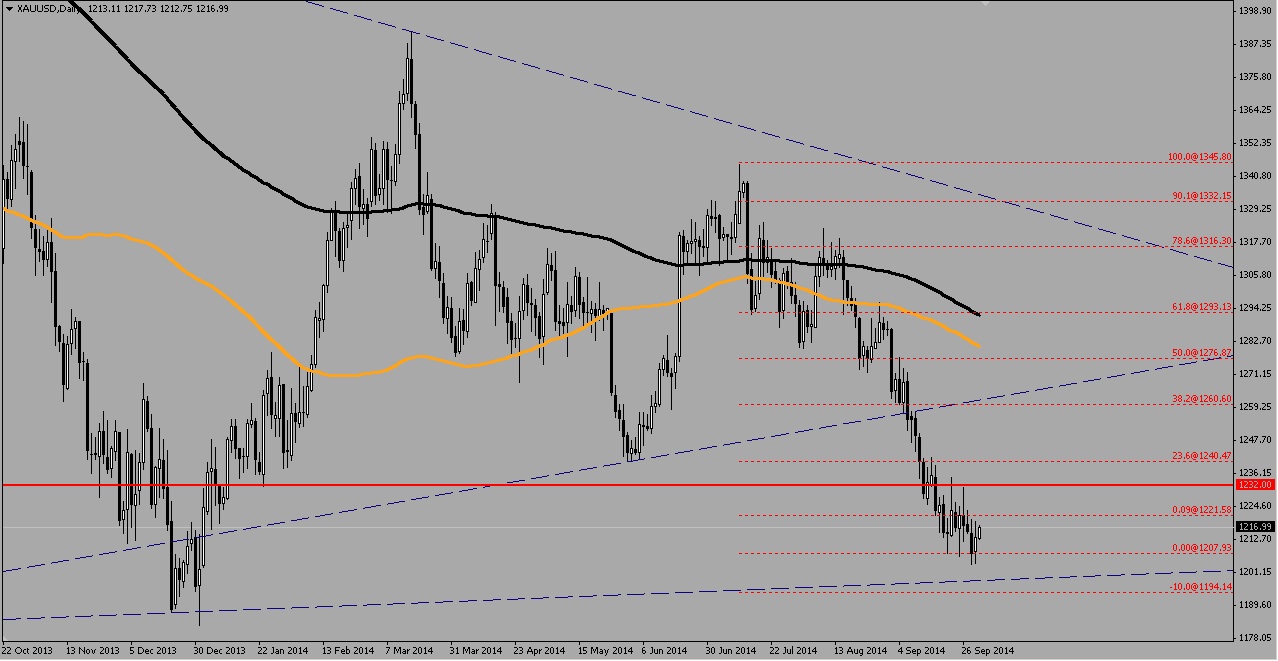 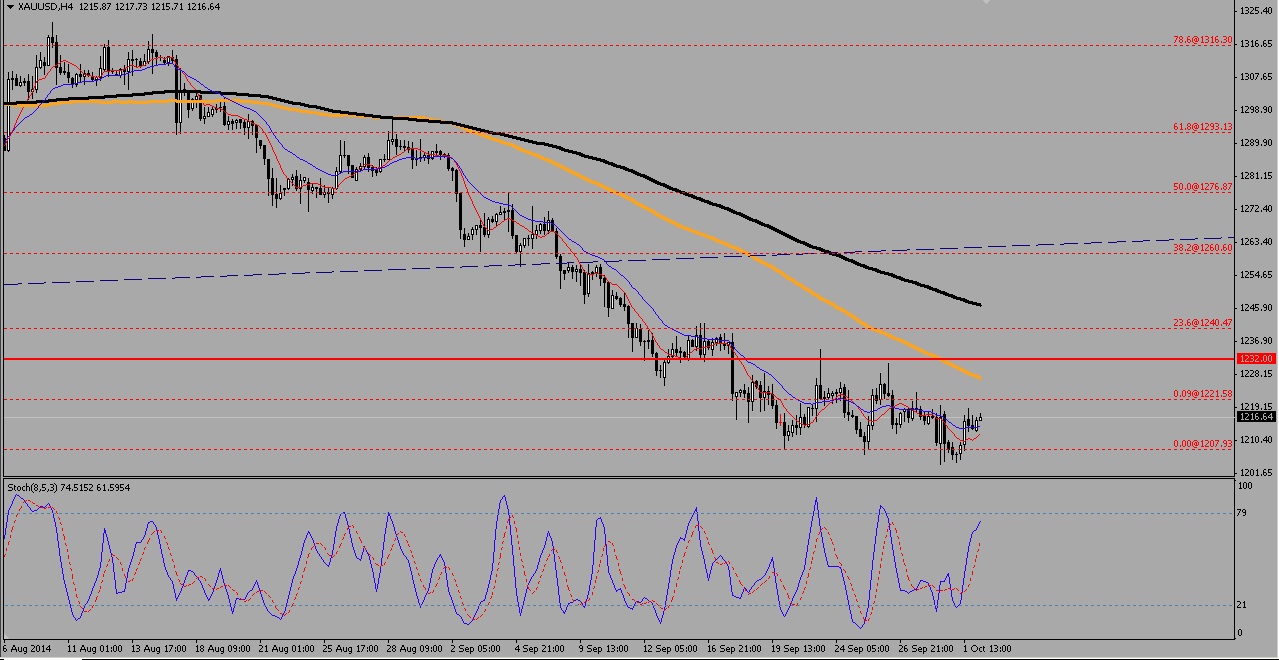 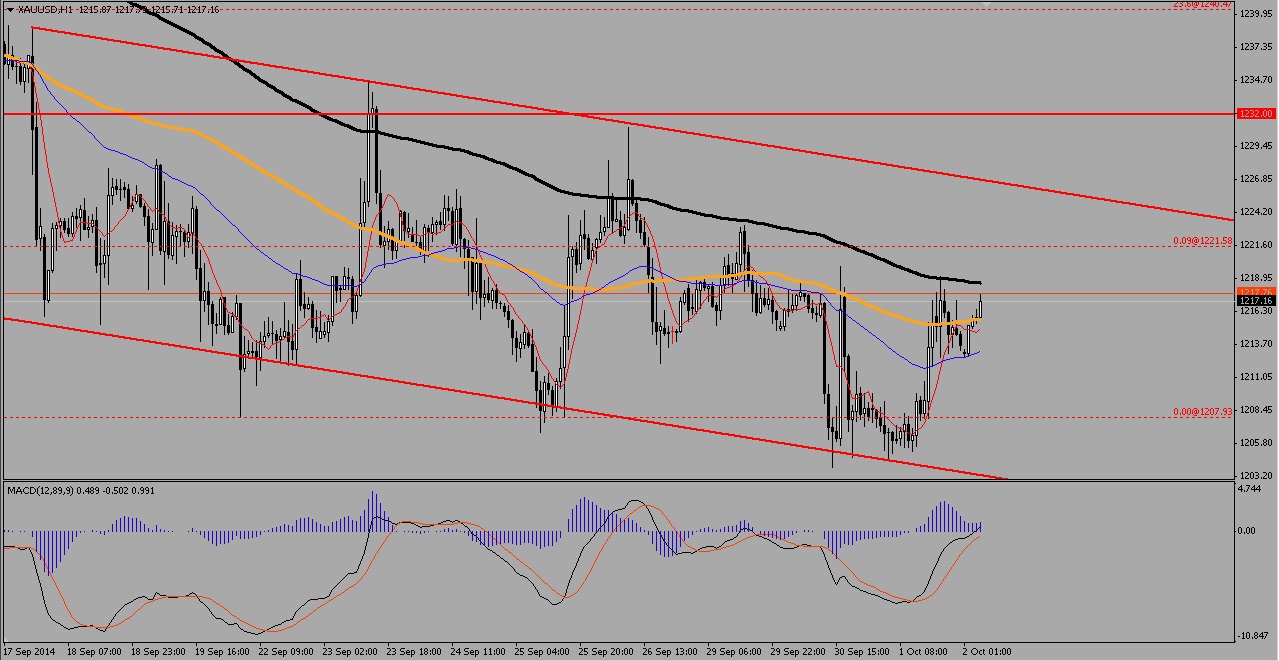 Downtrend channel as lower highs and lower lows correspond to the supports and resistances, Gold looks likely to break below 1200 if 1225 looks to resist again on the hourly charts

Gold remains bearish particularly if the U.S Non Farm Payrolls tomorrow further enhances the integrity of the U.S system and their route towards recovery. The drop in Gold prices has increased demand somewhat for U.S mint gold coins. The likelihood of increase in rates in the U.S is likely to keep gold prices bearish for sometime as speculation is rife on the total wind down of the Fed's QE and the timing of the rate increase.