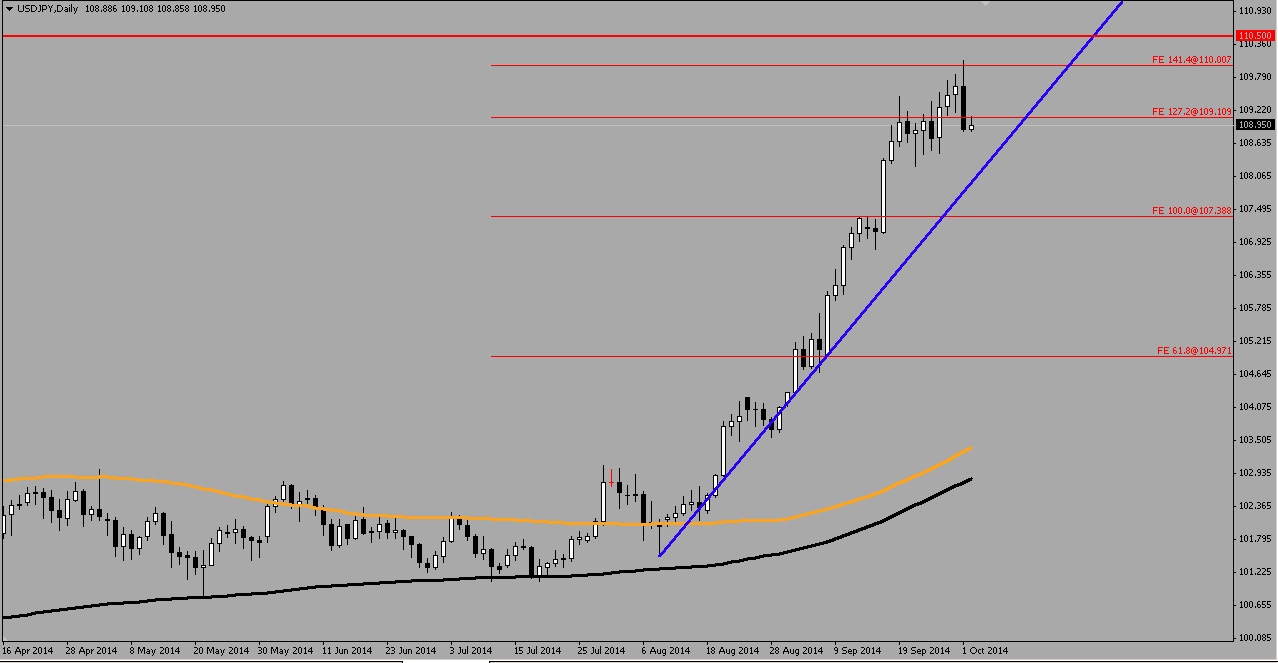 USD/JPY retraced from the high of 110.08 before ending the day below the Fibonacci Extension 127.2 at 109.109, the most volatility in a day since the week of 12 September 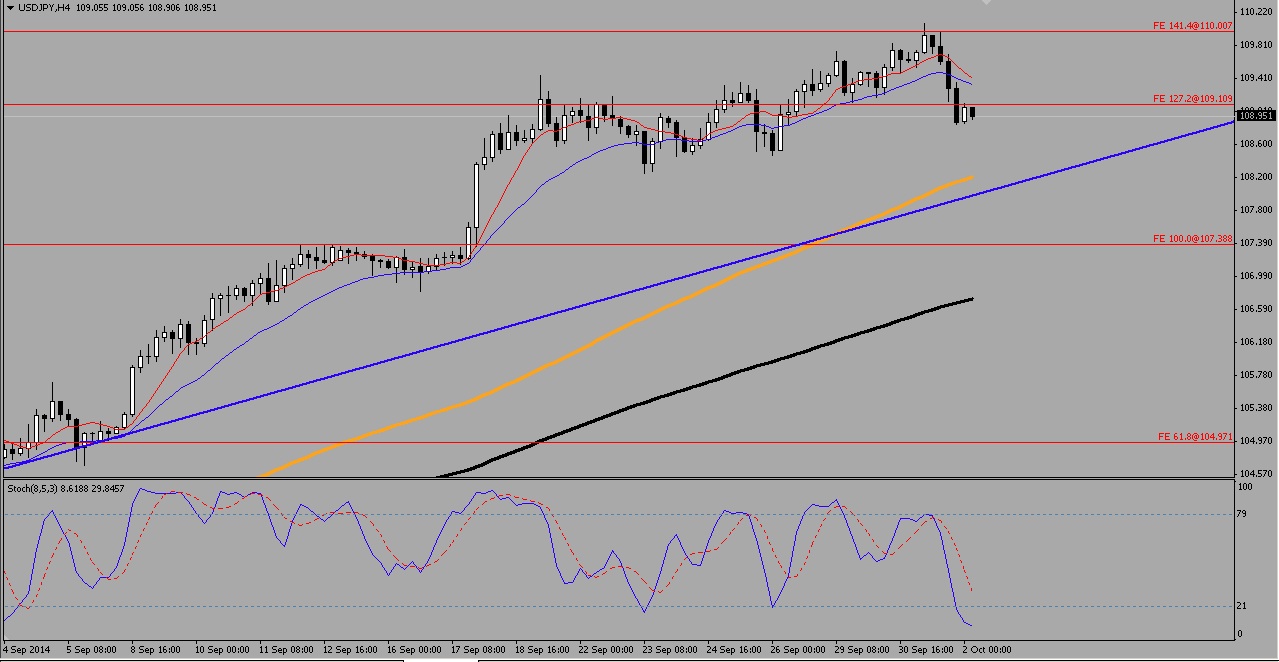 A break below of 109.109 and resisted we can expect the next support at 108, before the blue trendline kicks in for traders to follow up on the buying positions as the Stochastics goes into the oversold region 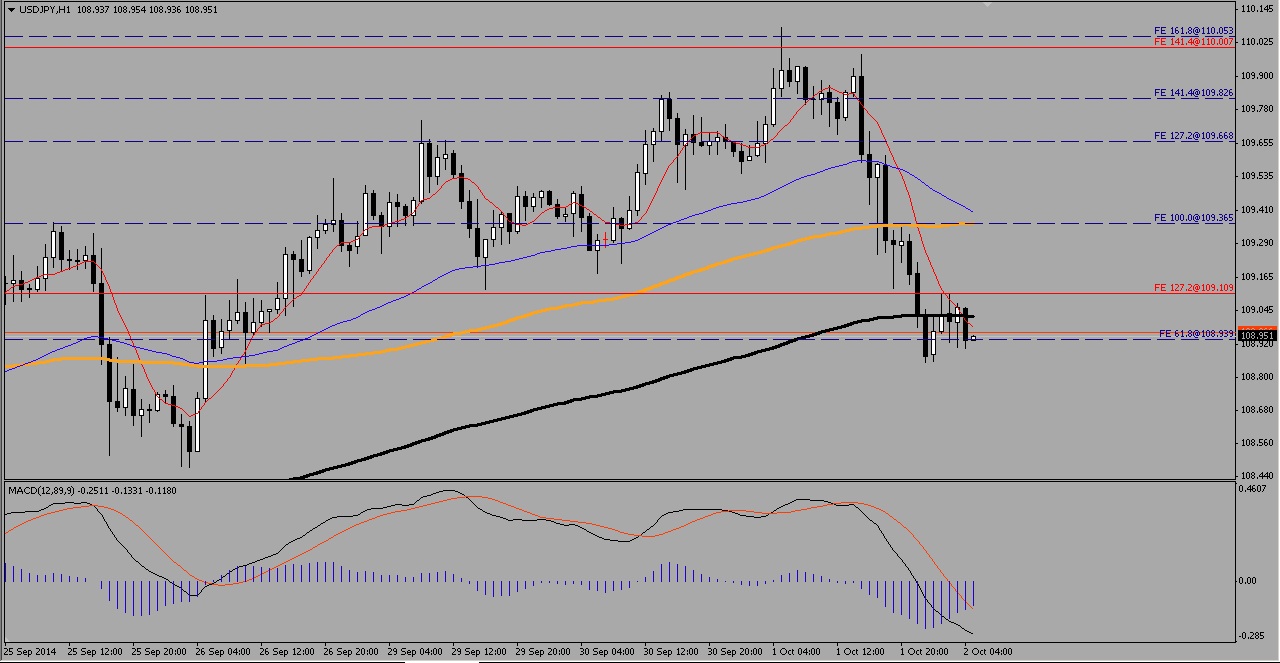 A retracement may occur on the Hourly chart before 109.109 retests as resistance for bearish calls to continue

Yen gained against the U.S dollar, Euro and Pound late yesterday, after attaining its highest since August 2008 agains the USD. The monetary base year on year change was lower at 35.3%, lower than the estimated and the previous month’s 40.5%. The monetary base is the measure of change in the total quantity of Yen in circulation versus current account deposits held at the BOJ. Deviation from the planned trajectory for monetary base growth leads to policy adjustments to move in alignment with their inflation mandate.

Tags Bank of Japan BoJ Dollar Haruhiko Kuroda Japanese Yen Kuroda Shinzo Abe USD USDJPY analysis USDJPY forecast USDJPY outlook USDJPY technical analysis Yen
Disclaimer: The views and opinions expressed in this article are solely those of the author and do not reflect the official policy or position of AtoZ Markets.com, nor should they be attributed to AtoZMarkets.