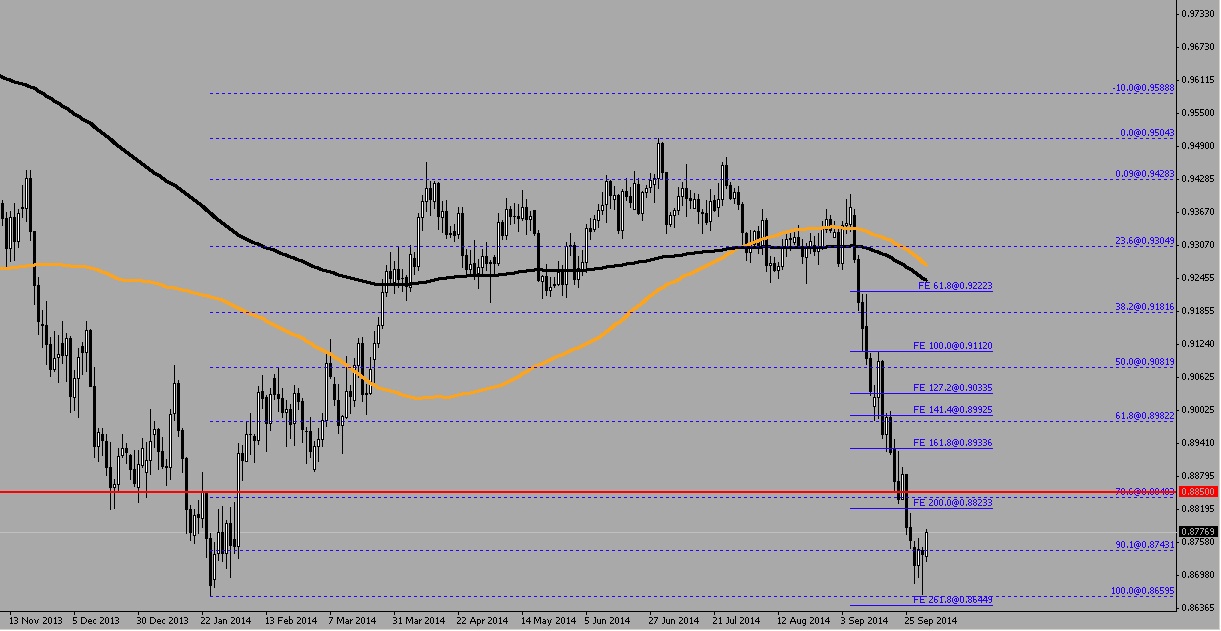 AUD/USD approaches the low of the year last seen in January but the daily chart has shown uncertainty over the price range for the past 3 days. 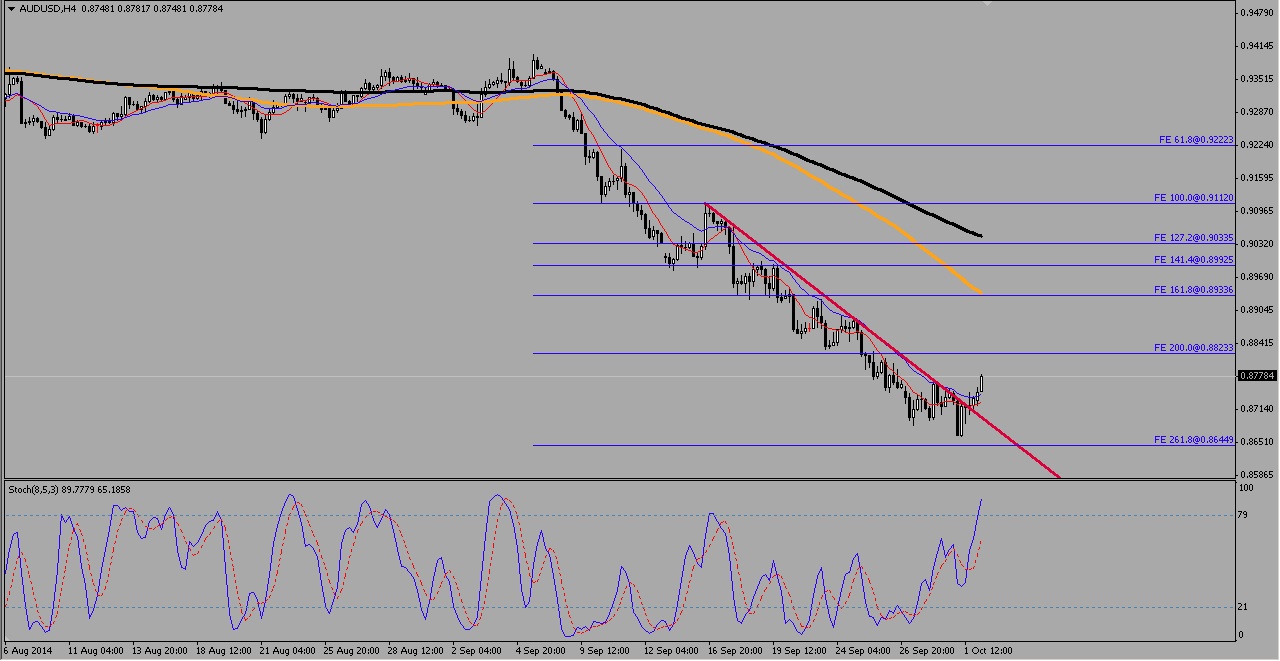 Aussie dollar reversed near the end of the Fibonacci Extension 261.8%, with nearest resistance marked in red at 0.885 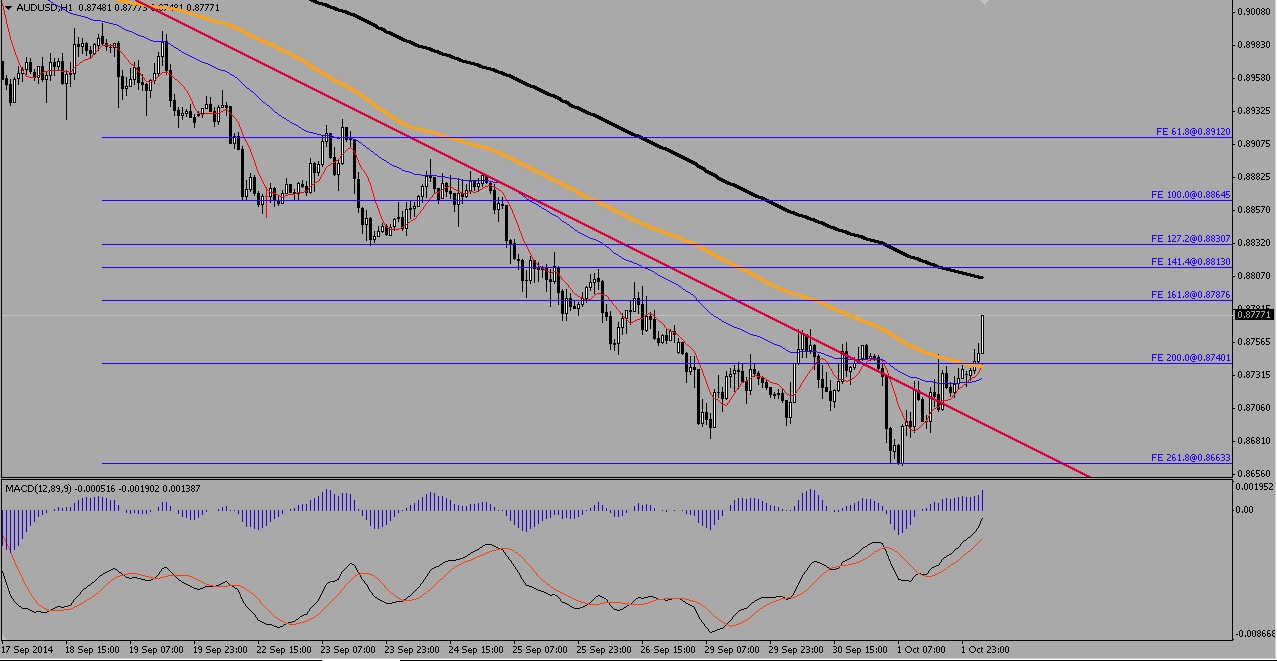 The bearish trendline of lower highs has been broken on the hourly charts as the pull back from the lowest price attained this year since January continued its climb with the supporting data in the form of Building Approvals, with 3% recorded, higher than the estimated 1.1% and the second month it has shown a change higher than forecasts.