02 April, AtoZMarkets  – In less than 3 hours, the FOMC interest rate statement will be released. It’s an event FOMC uses to communicate with investors about monetary policy. The statement also comes with the outcome of their votes concerning the interest rate and the economic conditions that influenced their votes. Usually, this event causes spikes and huge moves in USD quoted currency pairs like EURUSD, USDJPY, GBPUSD etc. The common factor here is USD.

In the last two weeks USD has gained about 2.8%. This move can be seen across board as EURUSD, GBPUSD and Gold dropped massively while USDJPY gained. The chart below shows the long term Elliott wave dollar forecast. 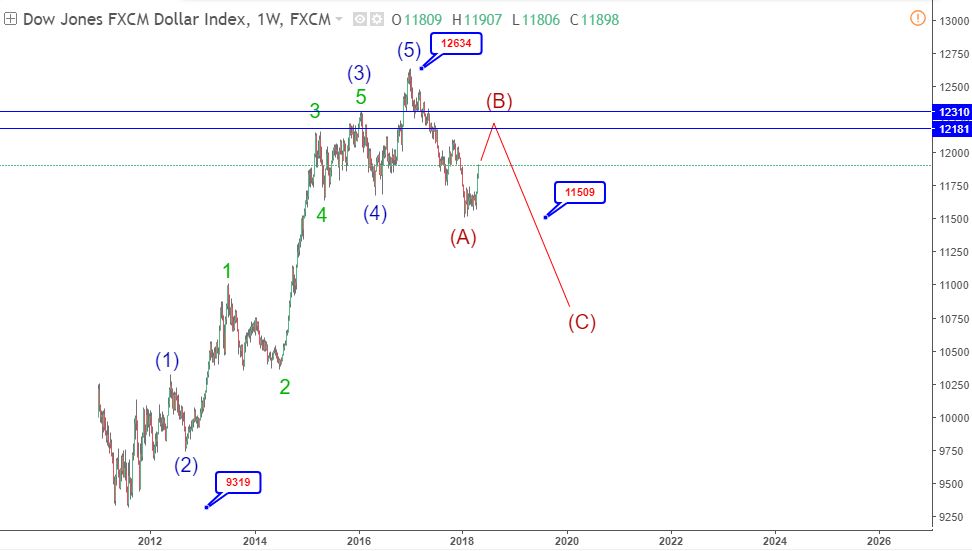 2 May Dollar Index Elliott wave analysis: what next? 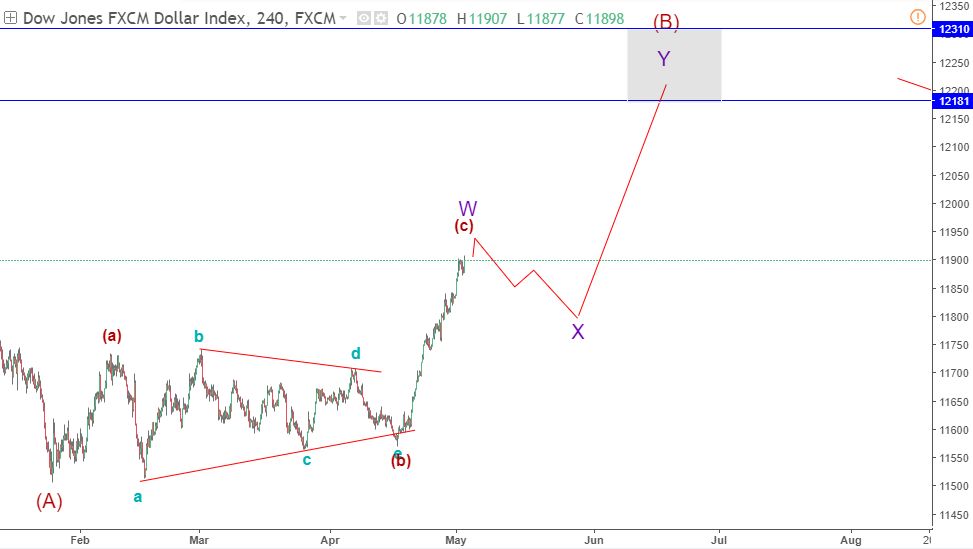 At the end of wave (A), rallied for wave (b). The strong rally was preceded by a triangle pattern. USD could be about to make a dip before the rally resumes. The current rally could lead to a much bigger and complex correction (double zigzag). The price reversal zone still remains at 12180-12310. USD strength is expected to continue unless a negative FOMC drives price back to the triangle. After the FOMC, we will look at the intraday moves much closer to spot short term directions. Stay tuned for the next update.