USDCAD completed an important wave pattern in March and price has been falling since then. What should we expect next? The following 2 April USDCAD Elliott wave analysis present short and long term trade ideas.

02 April, AtoZForex  -  Between 1st February and 19th March, USDCAD completed an impulse wave pattern. According to Elliott wave theory, impulse waves are 5 non-overlapping swings which often preceded a 3-wave correction on a price chart. This is often true in all instruments. Identifying an impulse wave can help a trader find a better way of knowing how far a trend could go before correction. Once the impulse wave ends with the 5th wave, a 3-wave correction in the opposite direction would be expected. The chart below shows this to be true again on USDCAD. 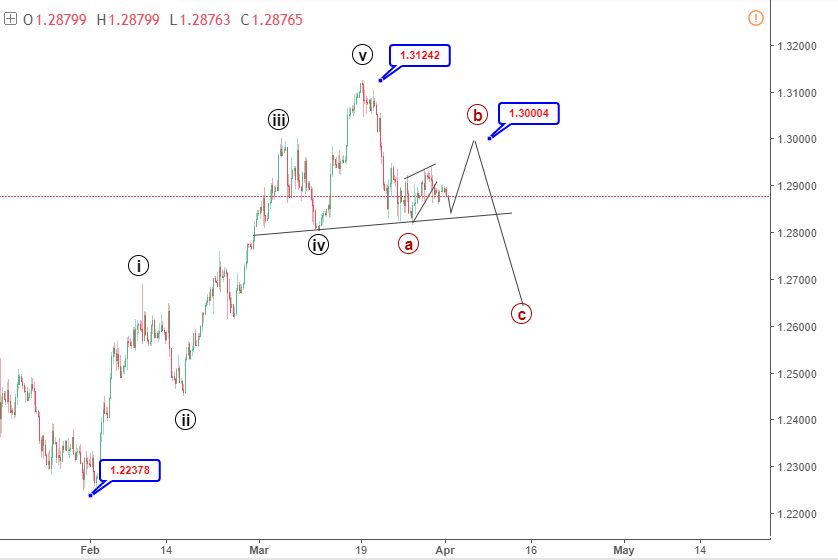 The chart above shows how price advanced from 1.2237 (1st February) to 1.3124 (19th March) to complete a very simple impulse wave. The bearish a-b-c correction that follows is very likely to continue to 1.26. This is a very vital information which will likely help swing traders look for shorting opportunity around 1.3 (end of wave b). is there an opportunity for short term traders to long to 1.3 before the dip? The following gives idea for short term traders. 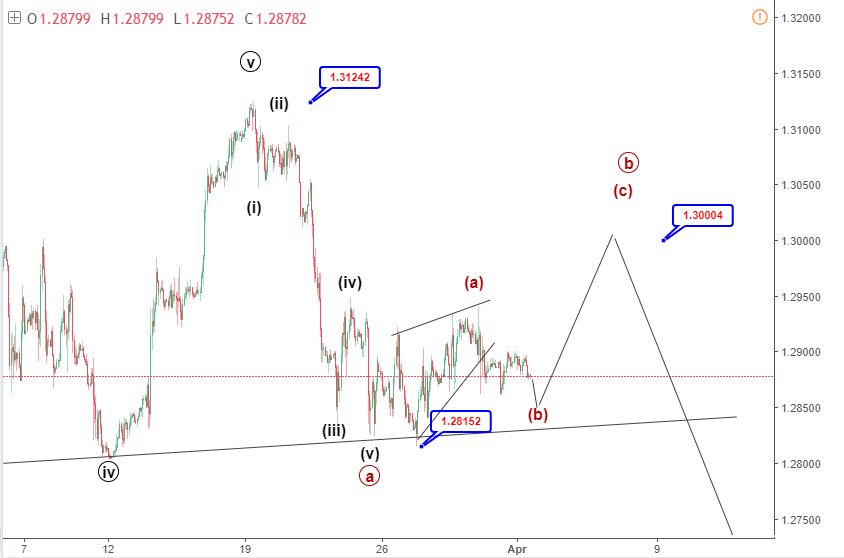 Wave (a) seems to have completed with another impulse wave. This wave degree also calls for a 3-wave bullish correction, probably to 1.3. Unless price breaks below 1.281, this should happen. Looking for a short term buying opportunity to 1.3 would be ideal. The short term idea invalidation level is at 1.281. If price breaks below this level, it thus mean wave b (circled) would be shallow. This is less likely but we must also admit that price is capable of moving in any way it deems fit. But, the scenarios painted give us an opportunity to take trades that have high success likelihood and big R/R ratio. That's the edge Elliott wave theory gives us. Stay tuned for the next update.