Litecoin dropped below $120 as expected. Will price bounce off or dip further? The following looks at 2-4 April Litecoin price prediction based on Elliott wave theory.

02 April, AtoZForex – The Crypto market continues downside. BTC dropped to $7000, ETH below $400, XRP to 50 cent and Litecoin to $120. The market is going through a very deep corrective state according to some Crypto analyst and enthusiast. On the other side, some believe price is in no corrective state . They believe the bubble is bursting. Most coin has lost more than 75% of their values since December 2017 peak. Market Cap continues to drop significantly, now at $263 Billion according to CoinMarketCap. 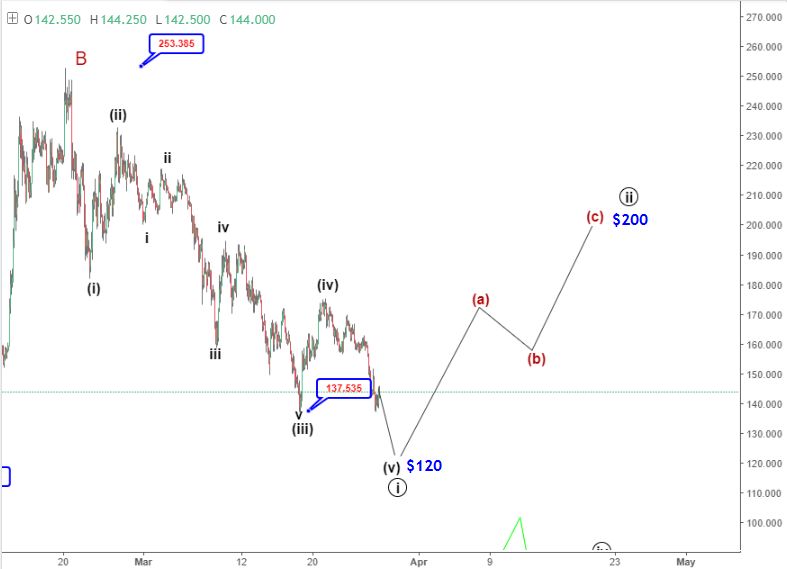 That’s an impulse wave developing right there. This still looks bearish. LTCUSD has a direct correlation with BTCUSD but sometimes one performs better than the other. Maybe this time is one of those times they will diverge. LTC dropping to $120 and BTC rallying to $10000 (if the necessary breakout happens). LTC is also close to making a recovery if this wave analysis is correct. A rally to $200 is likely, once the Impulse wave is completed. There is also the case of ‘5th wave truncation’ according to Elliott wave theory. This means that the impulse wave could complete and price would rally from the current price position or maybe dip a little to $135 before the rally.

2-4 April Litecoin price prediction: what next? 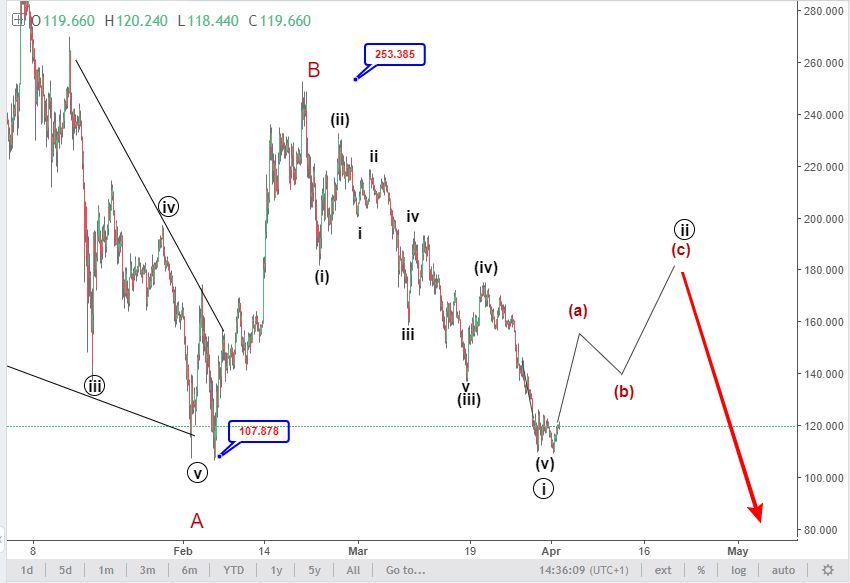 The impulse wave completed at $120. It’s likely that this is just the completion of the first leg of wave C. If this wave count is correct, the bearish move will continue in the coming weeks. There could be a rally to $150-$200 before the bearish move continues. Stay tuned for the next update.

Open Account Review
Everyone is reading
Daily Forex Option Expiries
Ethereum Price Breaks Above $1400 - 3 Reasons Behind This Rally
XRP Up 5% Against BTC, Thanks to President Biden