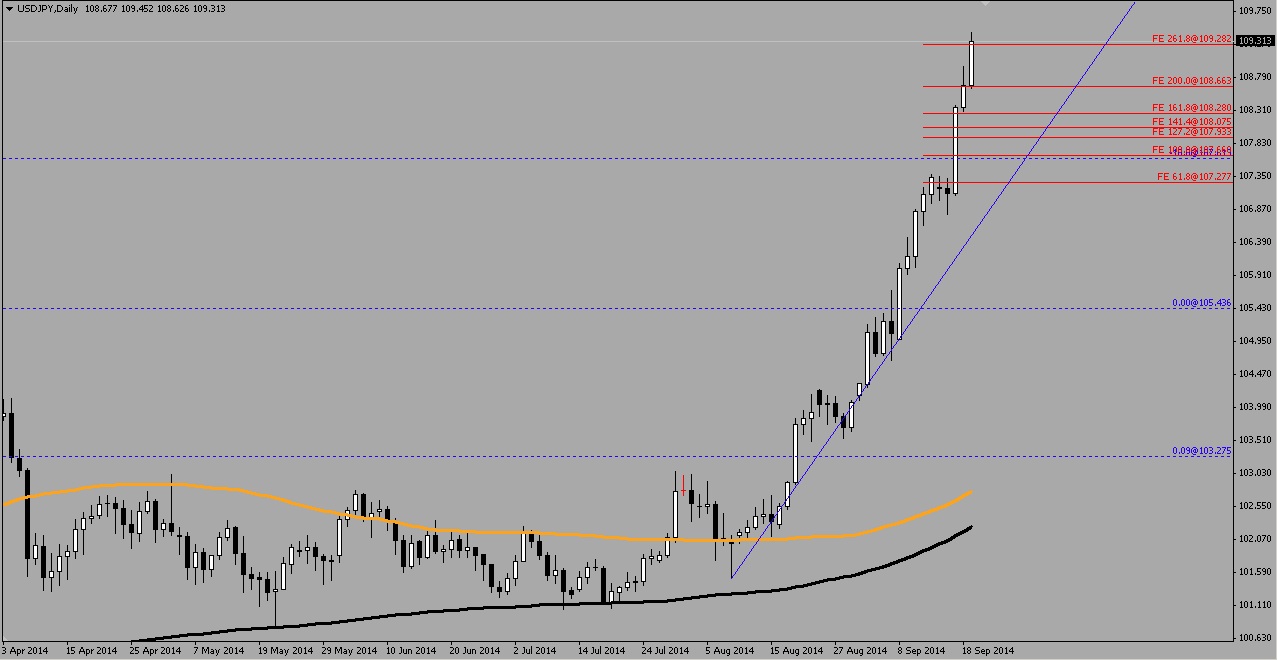 109.4 has been attained as USD/JPY stays within the Fibonacci Extension level with resistance at 109.28 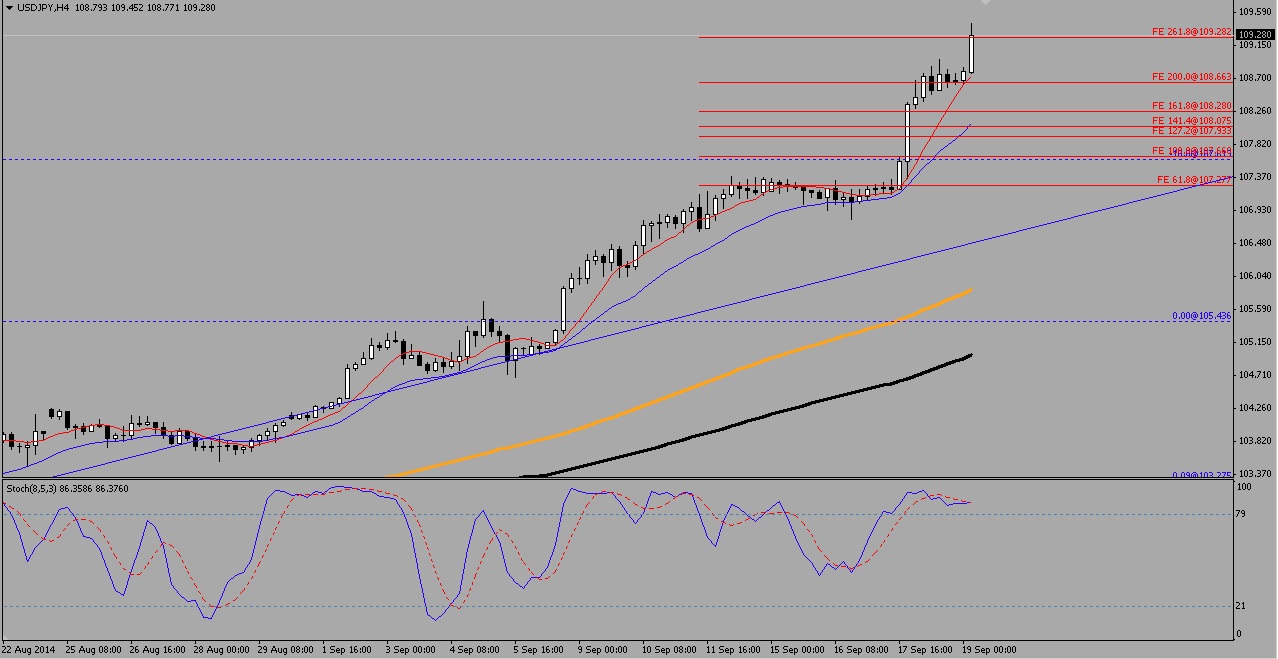 108.66 at the previous level was the resistance which was broken after consolidation on the H4 charts 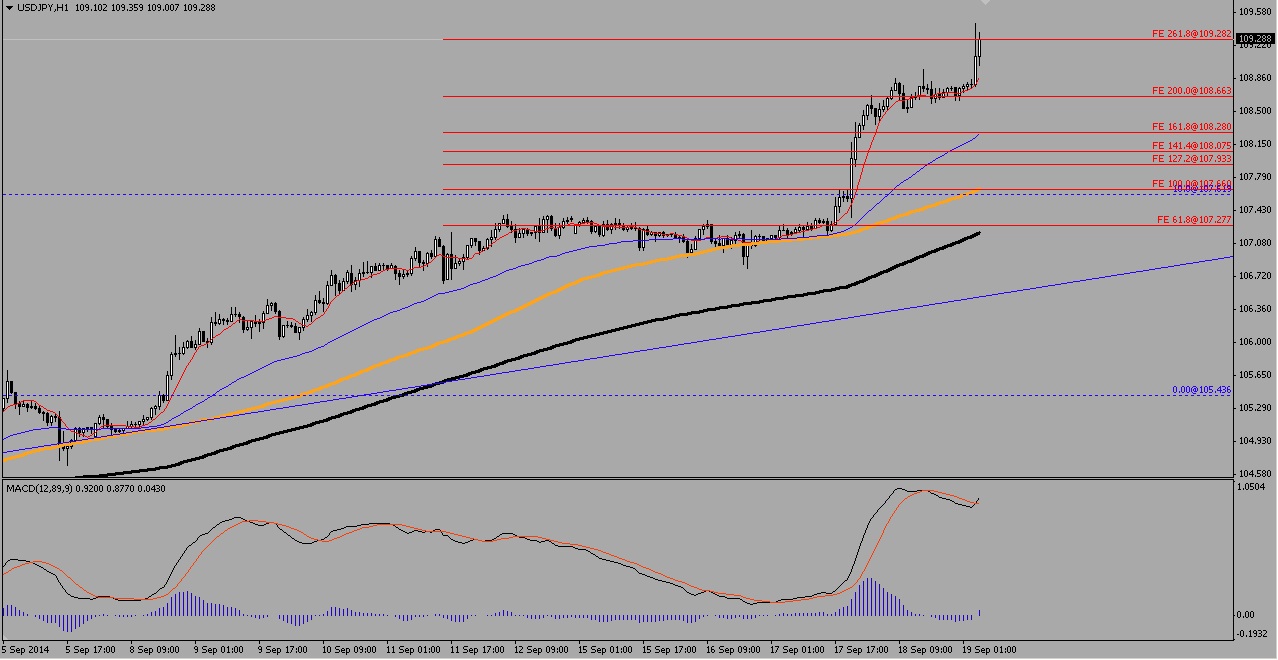 261.8% of the uptrend extension looking likely to retrace

The cheaper Yen was to price Japanese exports more competitively so that local manufacturers could stand to gain more and offset the inflation caused by raising the wages of the locals. The unexpected turning off of the nuclear power plants in the country has caused the costs of utilities to up, as the economy contracted beyond estimates and not at a rate seen since 2009. The Yen continues to slide against the major currencies. Keep a close watch for retracements to previous supports to continue the buy.