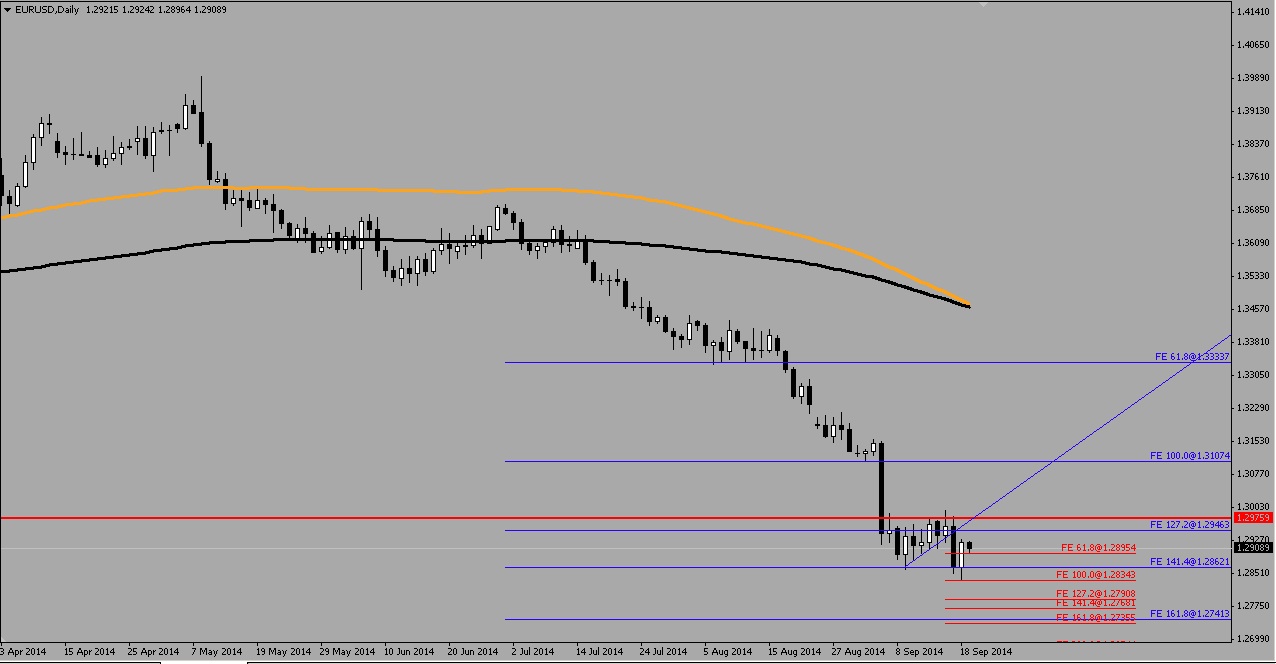 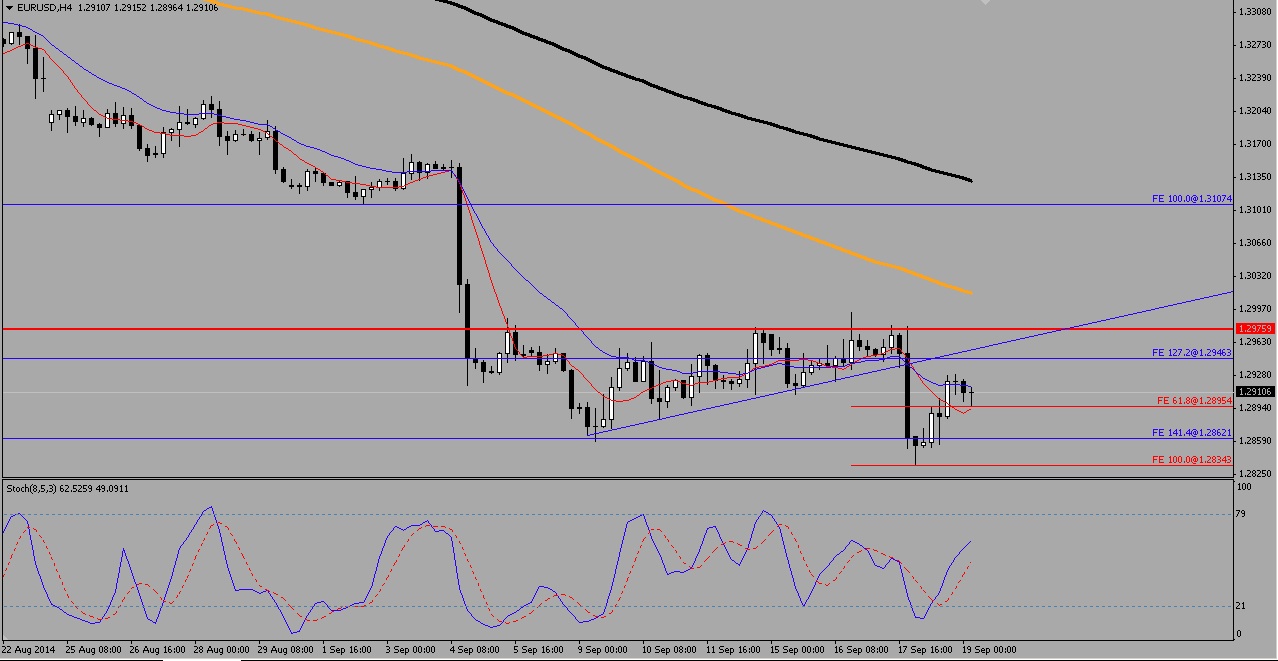 Breaking above support of 1.286 with bullish strength 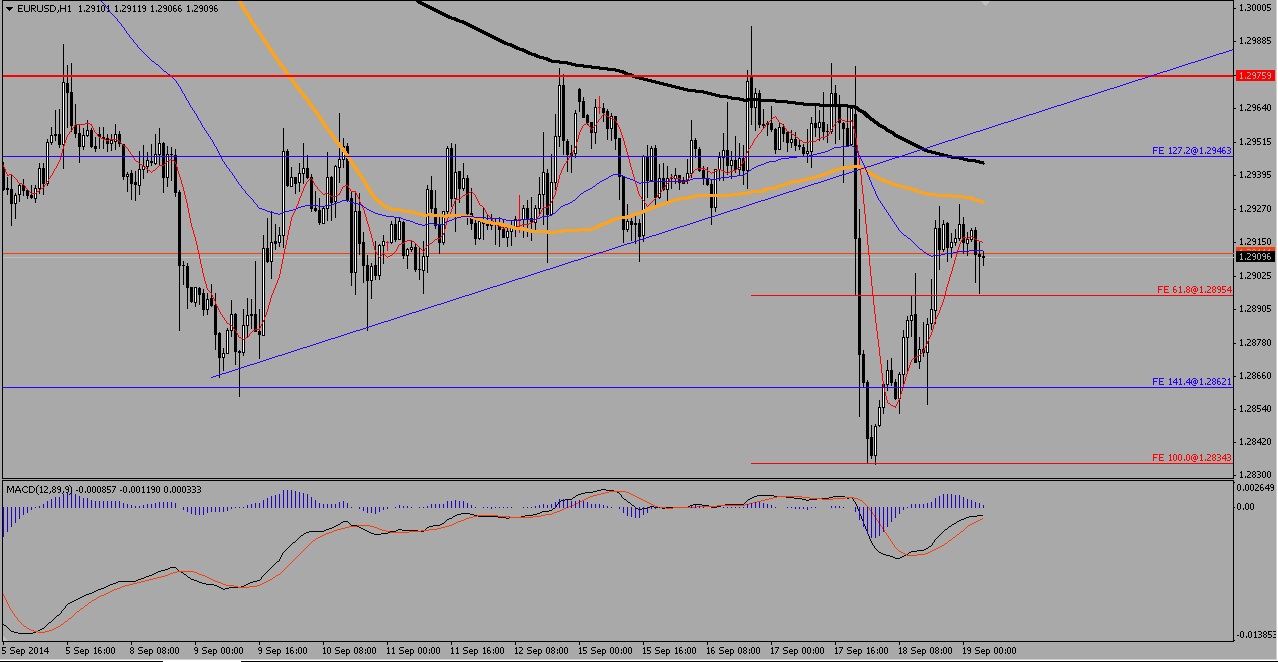 EUR/USD is likely to trade higher today after yesterday’s low due to FOMC’s effect on the USD. ECB’s Mario Draghi is set to embark on the targeted lending program aimed at adding 3 trillion Euro’s to the its balance sheets, shifting optimism in the market towards a positive outlook in the European Union.
A consecutive breakthrough of 2 supports 1.286 and 1.289 sees likelihood to reattain 1.2975 and subsequently 1.3000 again as seen earlier this week.