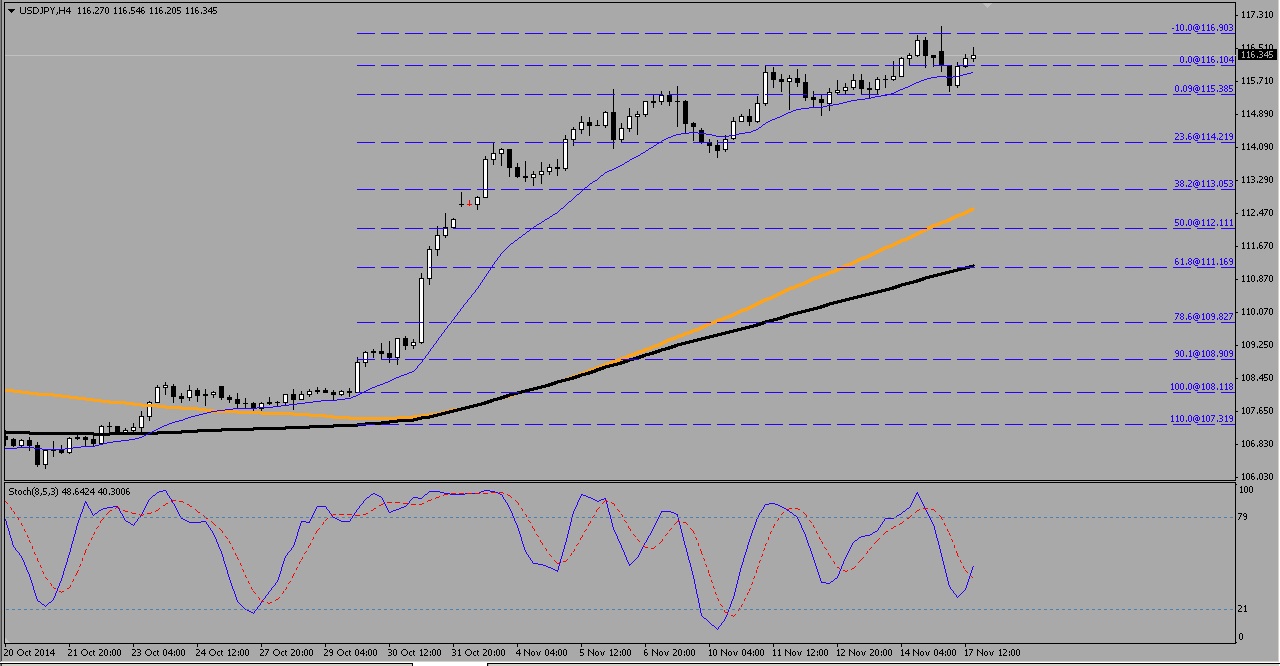 115.45 proves to be a solid support price zone as USDJPY rebounds despite momentarily breaking the 20 SMA on the H4 charts, continuing the uptrend. 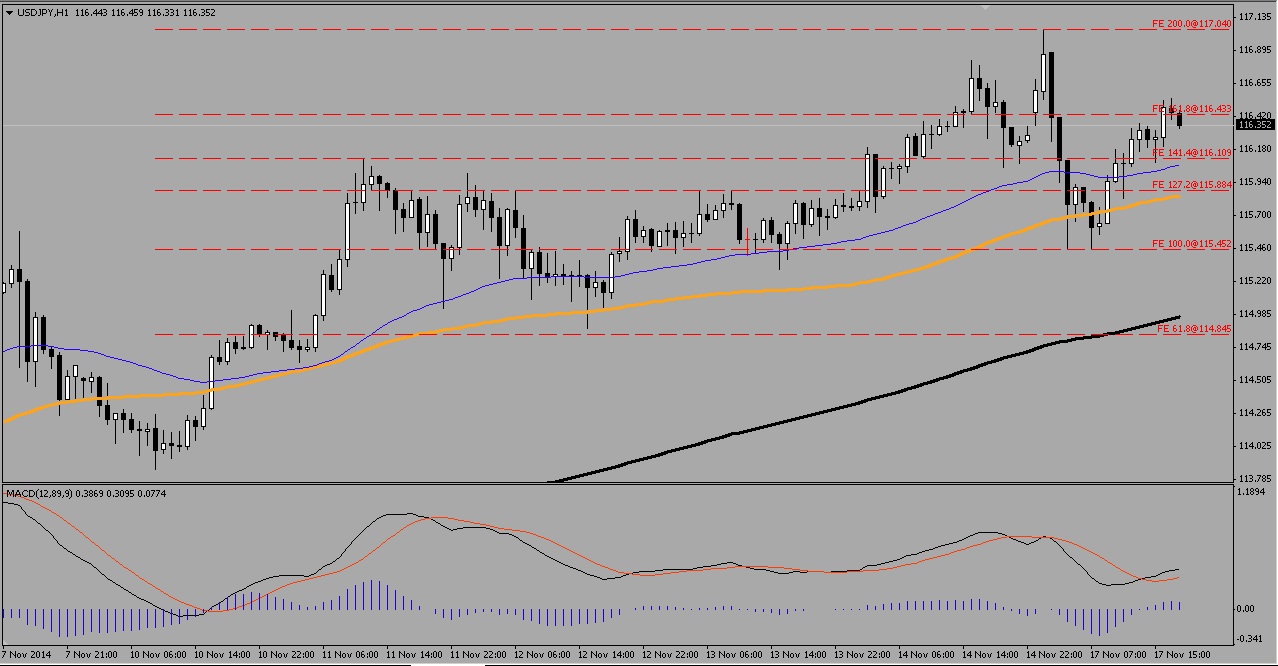 Breaking 116.4 resistance will see 117 retested again after 116 is supported at the 141.4% of the uptrend Fibonacci expansion. Moving averages continue to support the candlestick formations.

Unable to shake off the effects of its April tax raise, Japan’s GDP shrunk for 2 consecutive quarters as the world’s second third largest economy looks to be putting off its next tax hike after yesterday’s data release. The hourly chart shows resistances breaking upwards after the news have been digested by market watchers as Yen selling continued. Japan last slide into recession in 1997 also on the back of a consumption tax increase. Then-Prime Minister Ryutaro Hashimoto subsequently lost his job after pushing forward with the consumption levy hike.