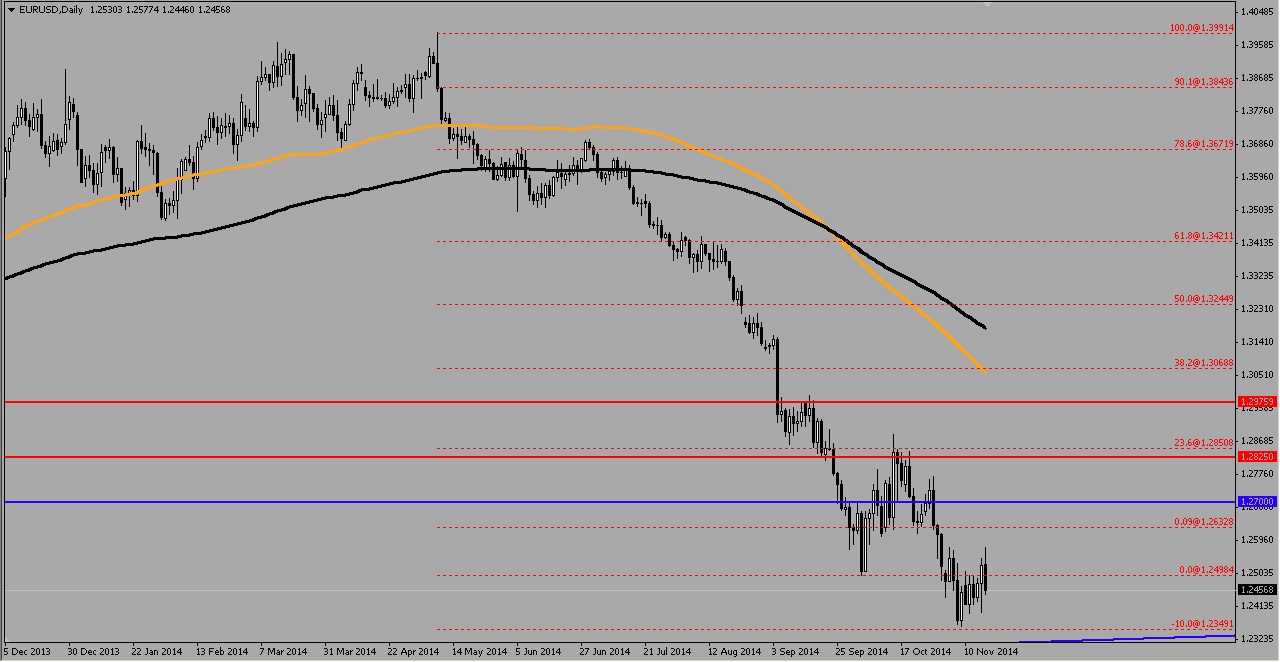 The EUR/USD moves from the sideways movement slightly into a higher low on the D1 charts as 1.2500 psychological level is considered by the markets. 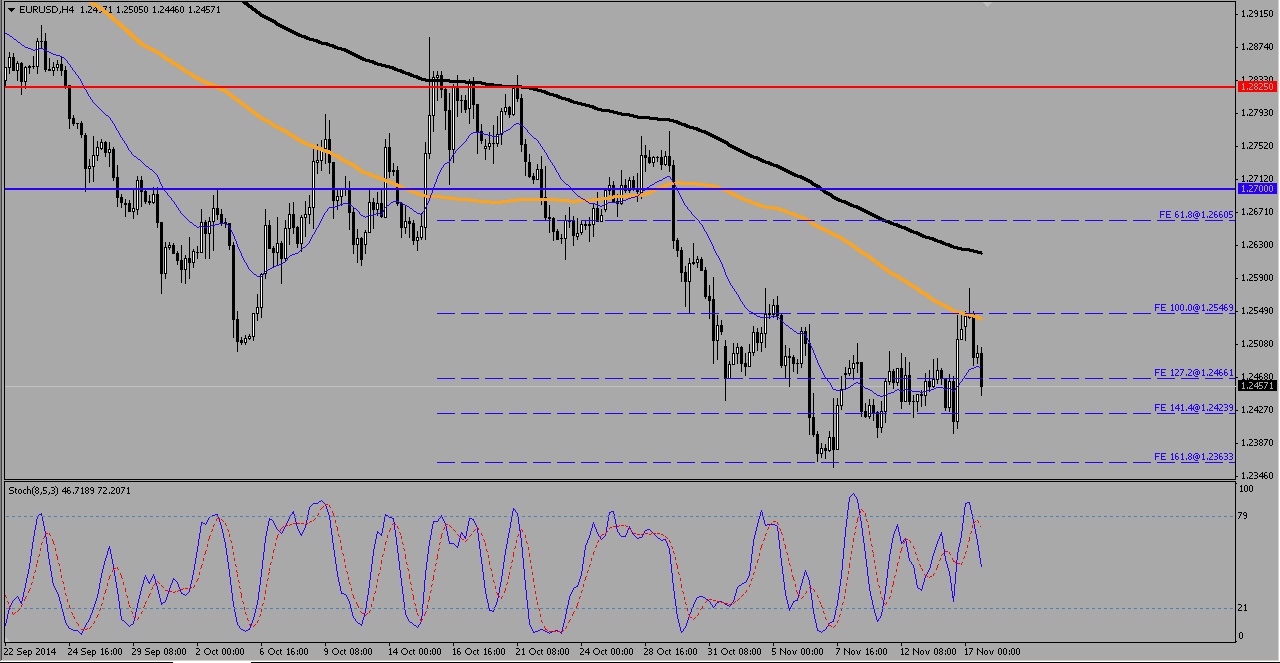 A breakthrough of 1.246 is likely to see EUR/USD return to 1.2700 levels as the higher lows hold strong 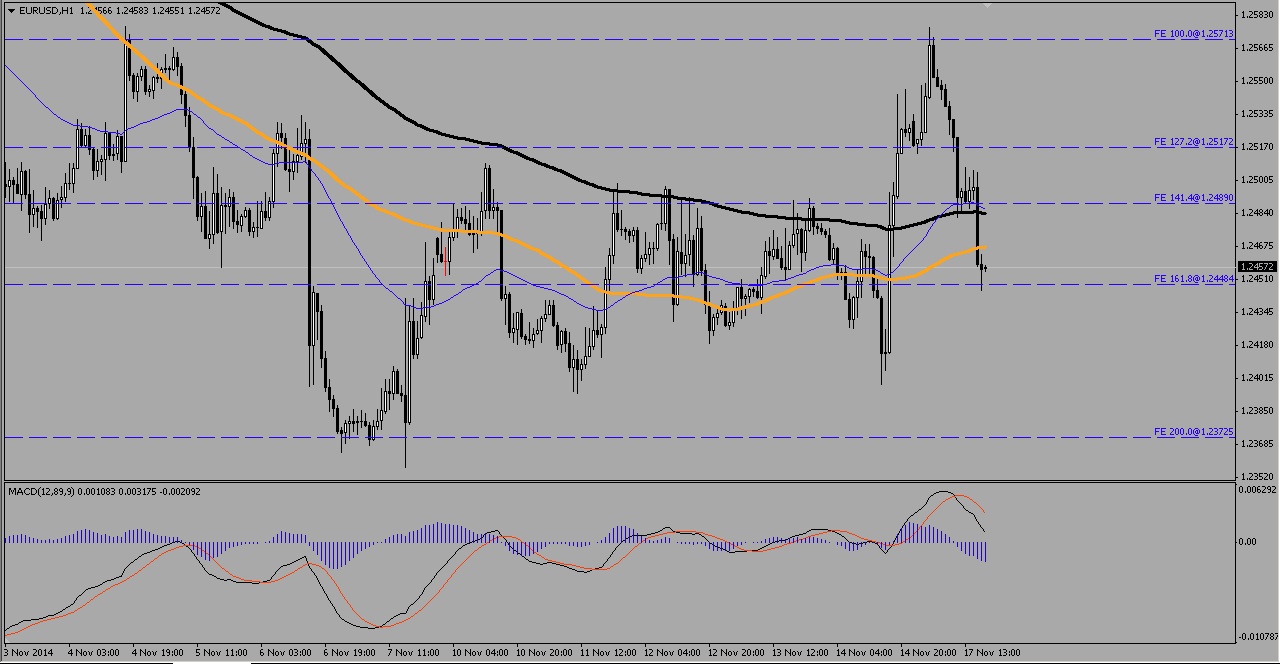 A breakthrough of the 200 EMA will likely show a bullish intraday movement as the Traditional MACD looks to return to its bullish zone.

European Central Bank President Mario Draghi used his final quarterly testimony of 2014 to the European Parliament to call for political action that complements the ECB’s monetary policy. Draghi said an expanded purchase program to help stimulate the economy could include government bonds,  insisting that it is not enough for the power of 1 to boost the economy.