The Cryptocurrency market continues its bearish run this week. Bitcoin is having its biggest dip in years. How could price behave in the coming weeks? Bitcoin bearish continuation or bullish resumption? The following 18 January Bitcoin price prediction give clues based on technical analysis.

It was almost inevitable that the dip currently happening in the Crypto market would be. Last year, this market rallied in a mind blowing way with gains of 500% to 13000% for a good number of coins. In December 2017, Bitcoin was at an all-time high looking to break above $20000. Technically, using Elliott wave theory, a dip was imminent. We warned before the start of the dip. Price was meant to have completed the 3rd minor wave, a 4th wave dip was expected to $8000-$9000 before the bullish trend resumes With regular updates, we followed up this bearish move.

On 6th December, we had the chart below. 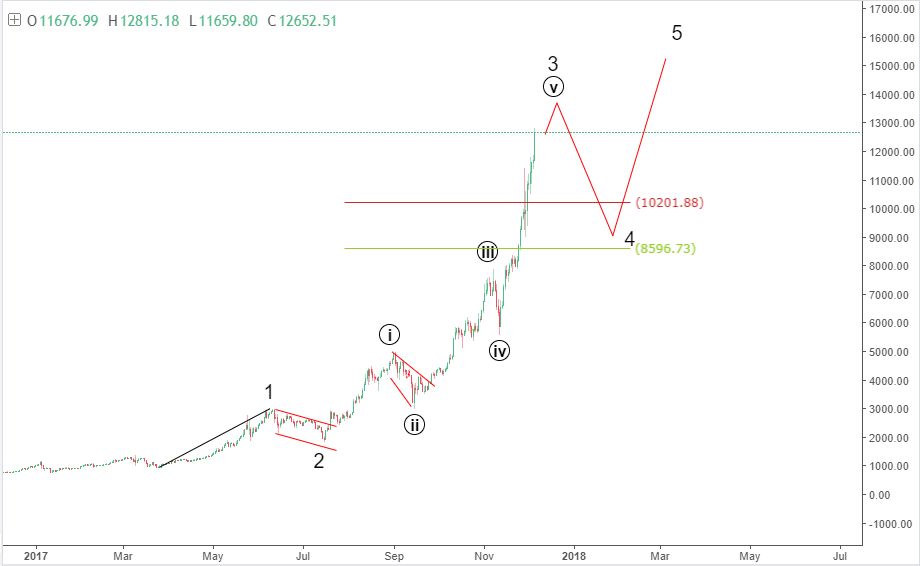 We expected the rally to continue and provided the reversal price level we had in mind in the 13th December update as quoted below.

Barely a week after, we saw price dropped fast and we made an update on 22 December with the chart below. 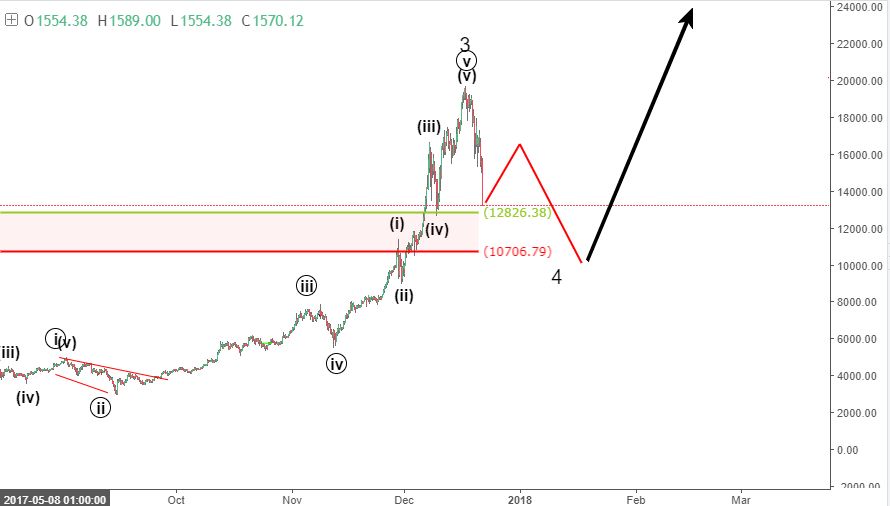 In the same update, the following forecast was added.

Since the drop was established, we have followed the dip closely. In the last update, we had this expectation. 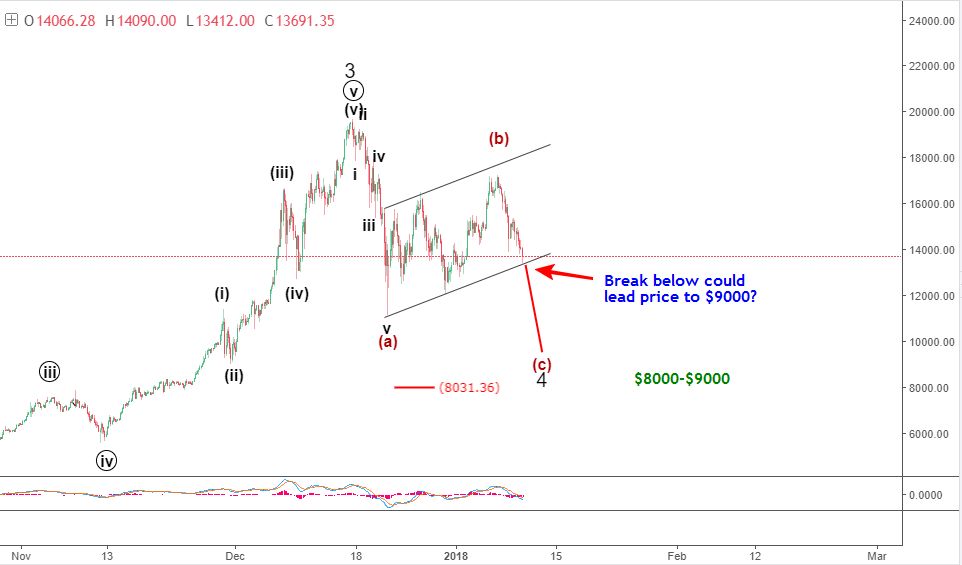 If price breaks below the channel like (which is very likely), there is a high probability that Bitcoin will fall further to $9000 or even $8000 before a new breath of bullish relief would be expected

Price did as expected. It went down as deep as $9100 before the current recovery. What next?

18 January Bitcoin price prediction: what next? 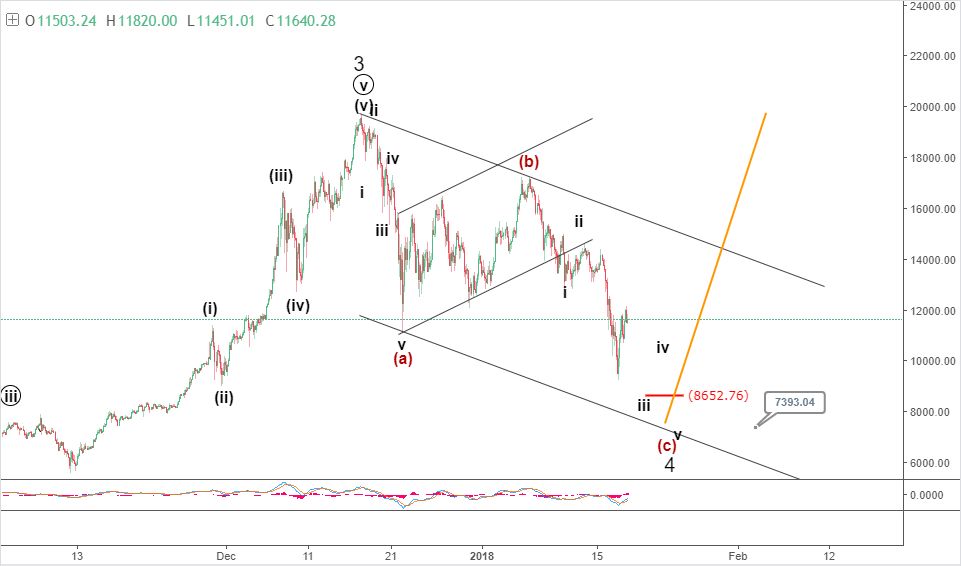 A corrective zigzag pattern is about to complete. The reversal zone is set at $7500-$8000. Price may be on its way above $25ooo if this pattern holds and reverse at this zone. The dip to this zone could still happen. Stay tuned for updates.