Find out from the 18 December USDCAD Fundamental Expectations what may likely spell some volatility for the CAD which is closely linked to the indicator of foreign investor sentiment.

18 December, OctaFX – The US dollar received a boost thanks to increased optimism on Congress getting closer to passing the planned tax cuts. The US house of representatives is expected to vote on tax reforms on Tuesday and the Senate later in the week. If approved, Donald Trump should make it law by Christmas and that will make a nice present for US dollar bulls.

What is otherwise a relatively quiet economic news day, we have at 11:00 GMT, the UK’s industrial orders due for release with a forecast of 14 – previously it came out at 17.  At 13:00 GMT Canada’s international securities purchases report is due is which was previously 16.81 Billion. This may spell some volatility for the CAD which is closely linked to this indicator of foreign investor sentiment for both the Canadian economy and its dollar.

The USD/CAD is expected to continue its upside movement. The pair accelerated on the upside and broke above its key resistance at 1.2815, which is a key support now. The 20- period moving average crossed above the 50- period moving average. The relative strength index is also bullish. To sum up, above 1.2815 looks for new targets at 1.2893 (Friday’s high) and 1.2909 (last month’s high). 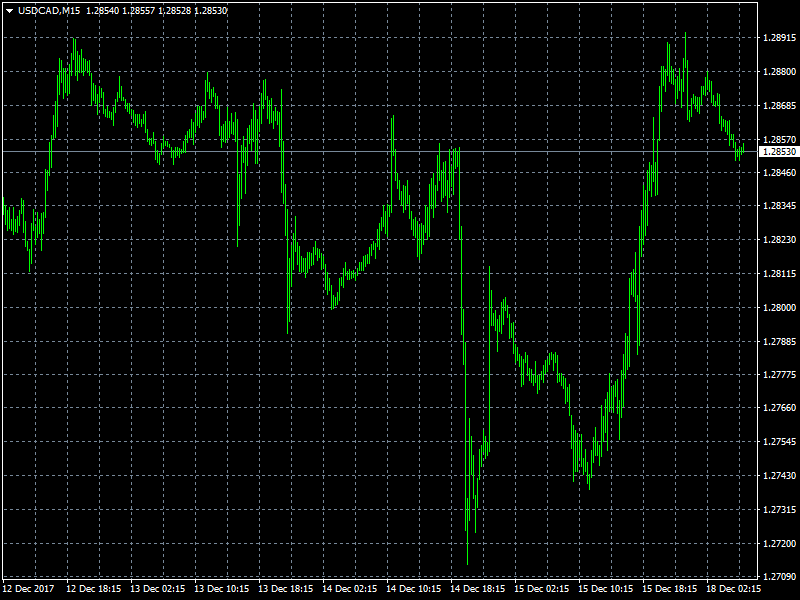 This article about 18 December USDCAD Fundamental Expectations should substitute for professional marketing consulting. Forex margin trading involves substantial risks. Forex margin trading exposes participants to risks including, but not limited to, changes in political conditions, economic factors, and other factors. All of which may substantially affect the price or availability of one or more foreign currencies.