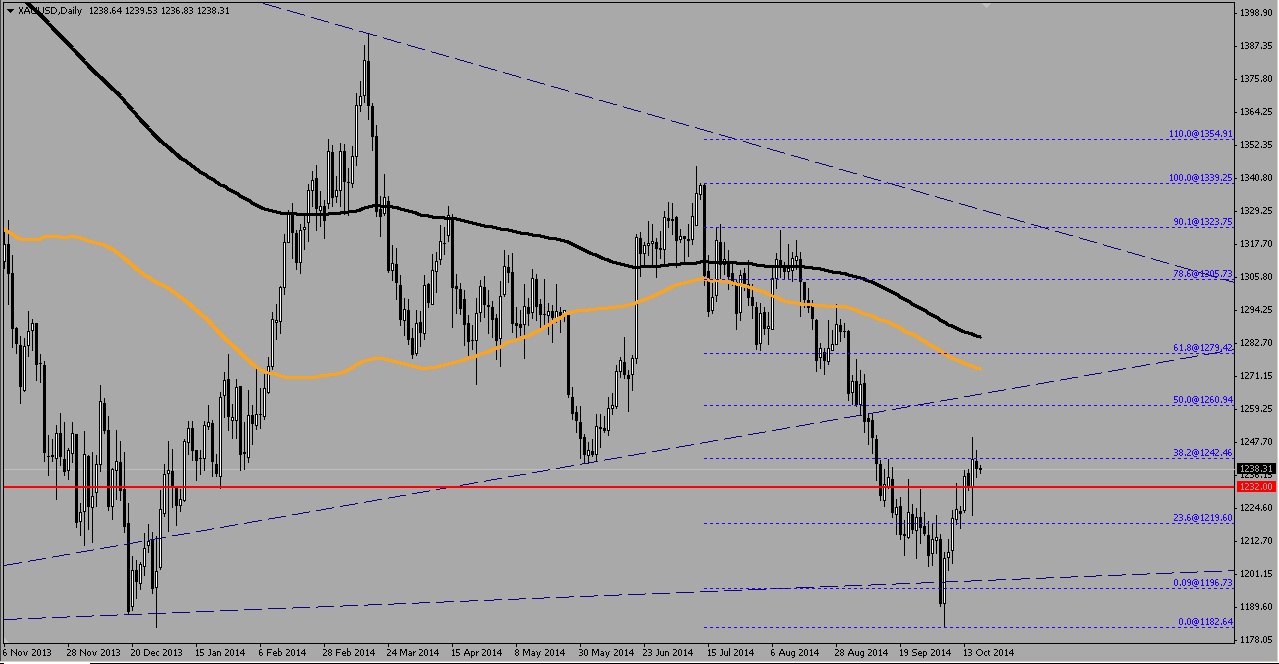 1243 range happens to be the support in May 2014 and 38.2% of the downtrend retracement could be a price resistance for Gold for the days to come 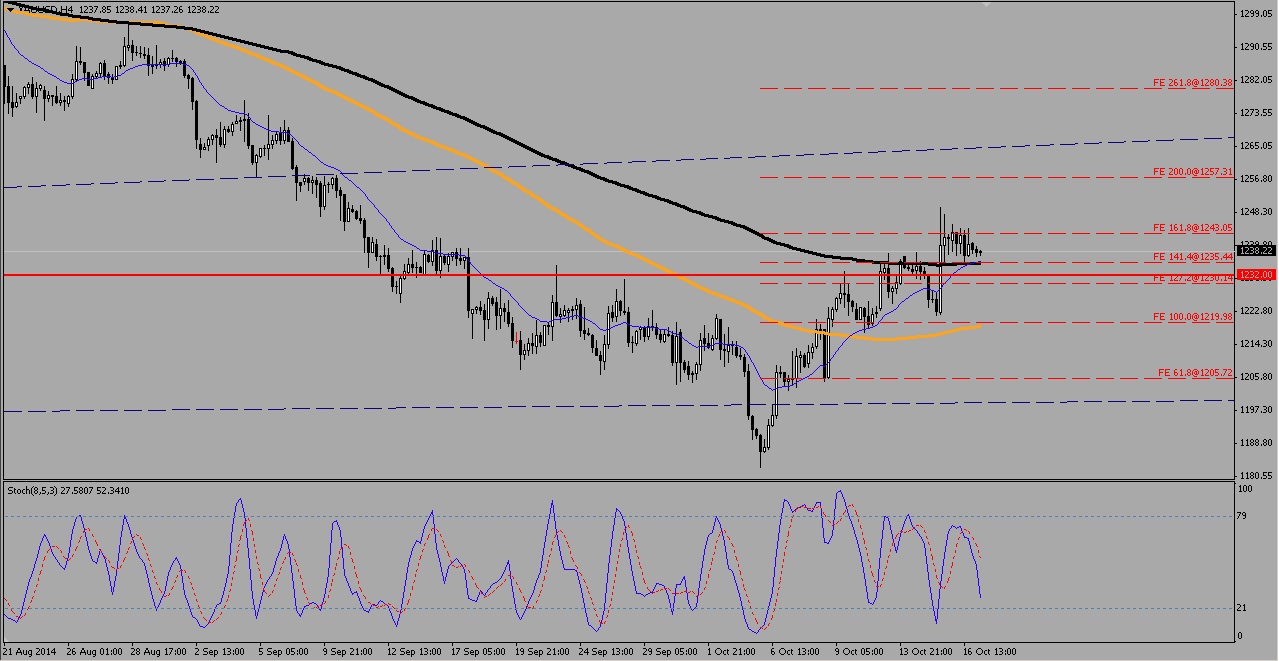 A brief breakthrough of the 200 moving average did not rally the price of gold towards 1250 and higher, and the mild pause is a cause for concern over the Fed’s decision 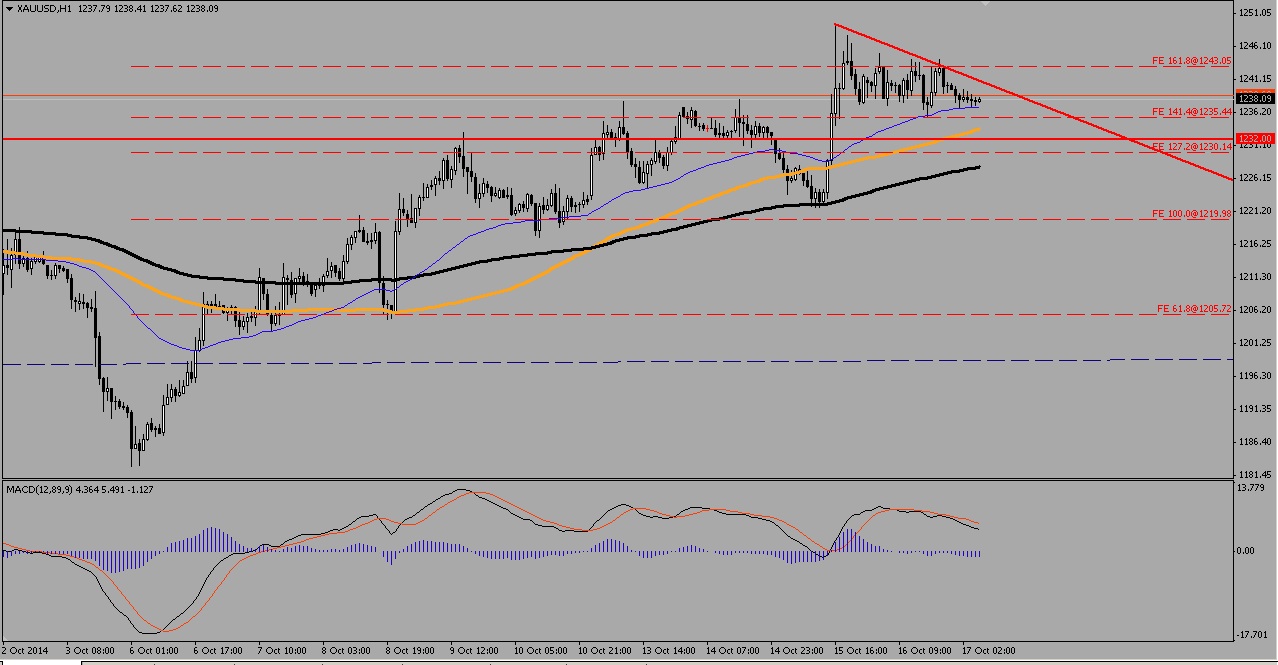 A downtrend line forming potentially a bearish formation : the descending triangle, as 1243 resistance holds firm with 1235 the support to breakthrough