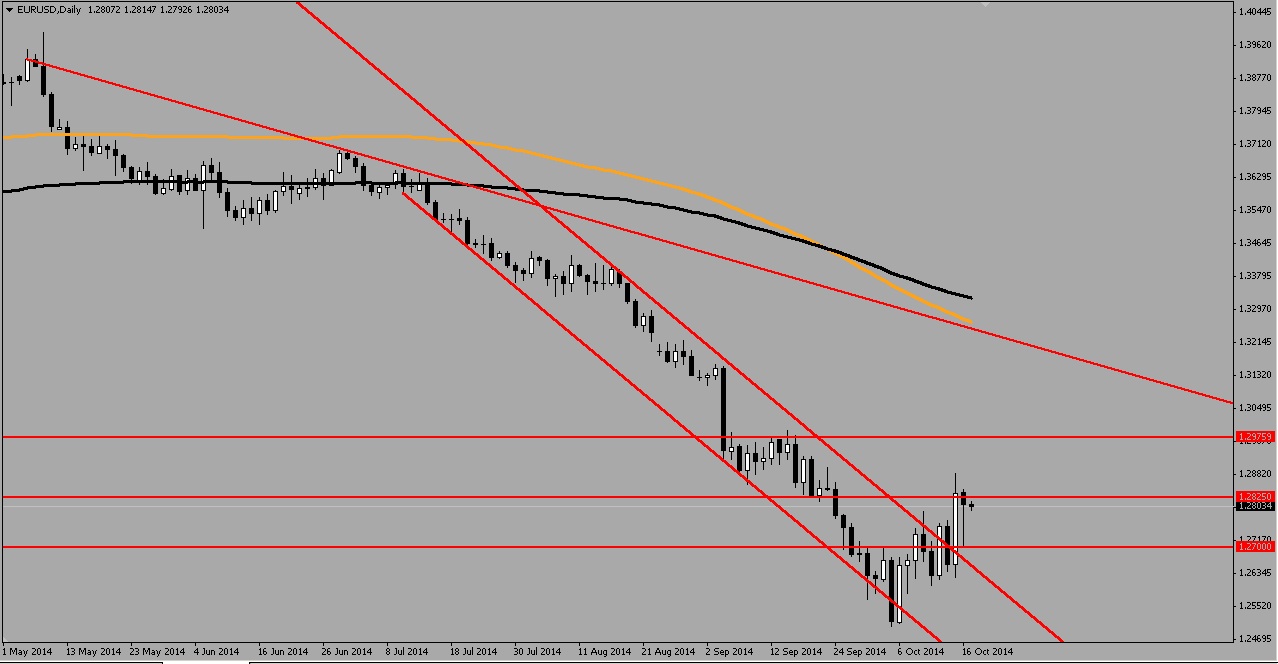 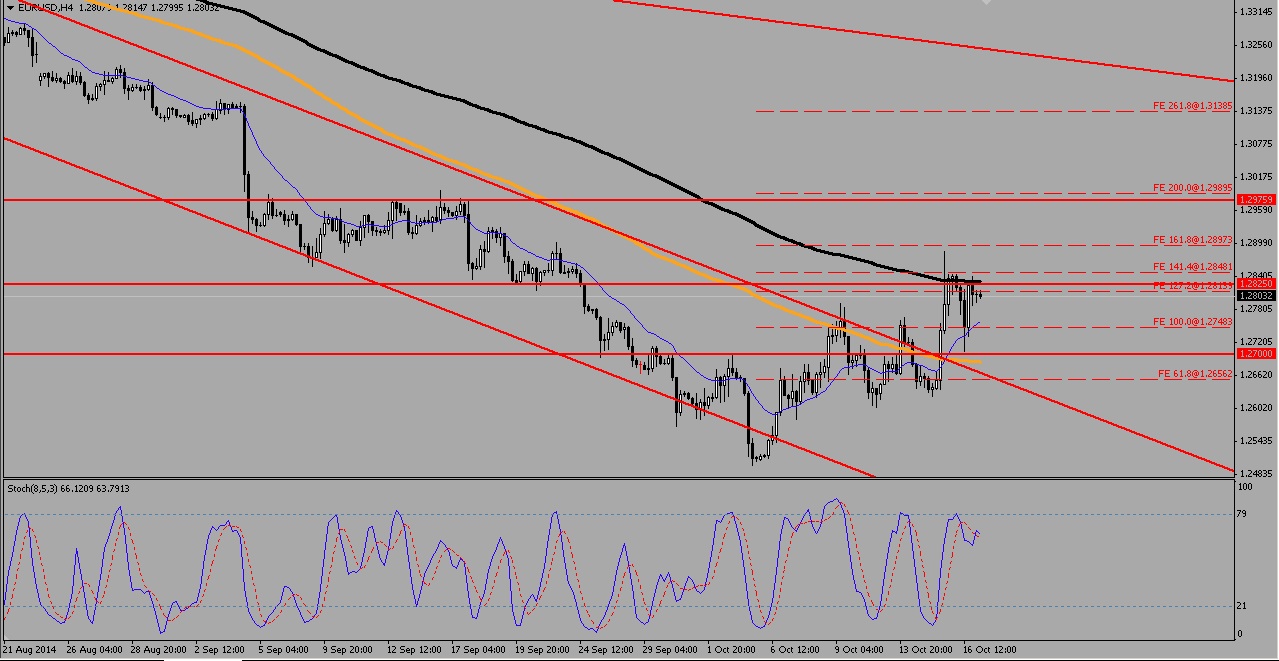 As previously mentioned, the lack of traction failed to push EUR/USD above the 200 moving average as support at 1.274 formed lower highs and higher lows. A close above 1.2848 would be a sign to watch. 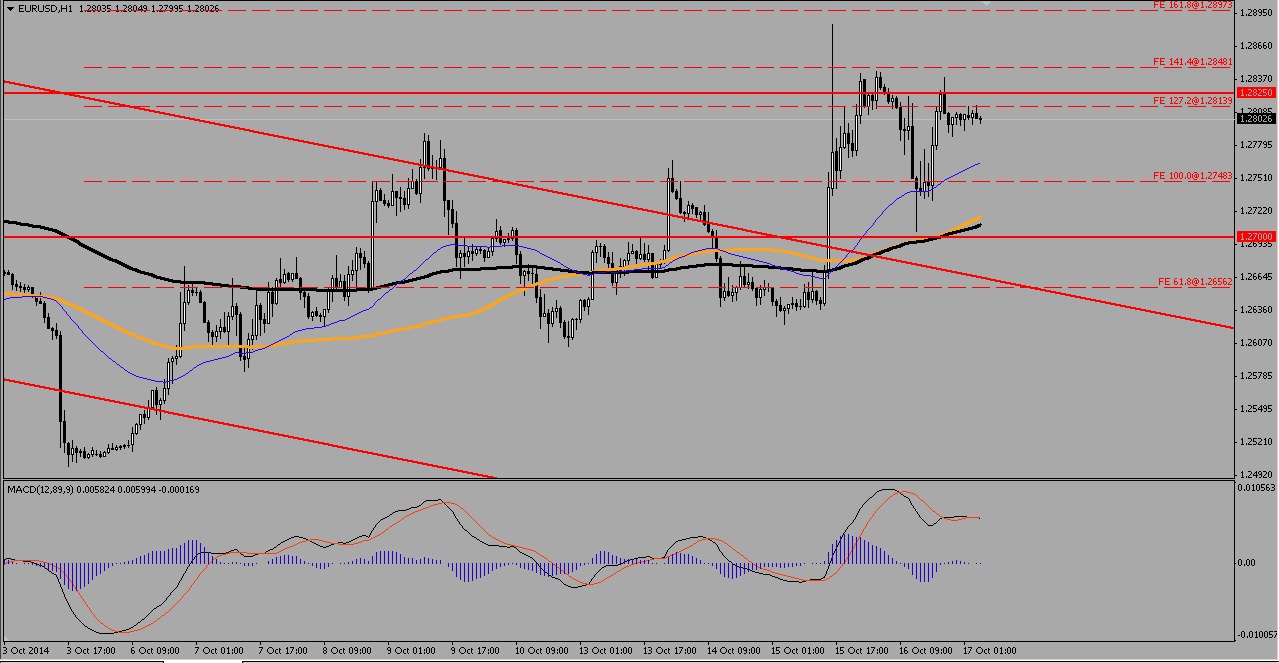 Retracement yesterday failed to form lower highs as 1.2825-1.2848 remains the selling zone as investors weighed the intended direction of the EUR/USD

Global risk appetite is on the wane as five years have lapsed since the world recovered from recession, the central banks have virtually exhausted their stimulus arsenals to boost inflation. The doubts over the strength of the U.S economic powerhouse to lift the gloom across the world remained evident across financial markets today. European stocks fell for an eighth day in the longest sustained battering since 2003 as comparatively demand for U.S Treasuries rose. Bonds from Greece to Spain slid while the dollar strengthened.

Jobless claims decreased by 23,000 to 264,000 in the week ended Oct. 11, the fewest since April 2000 but surprisingly the markets were not responding positively to this data, despite the drop being unexpected.