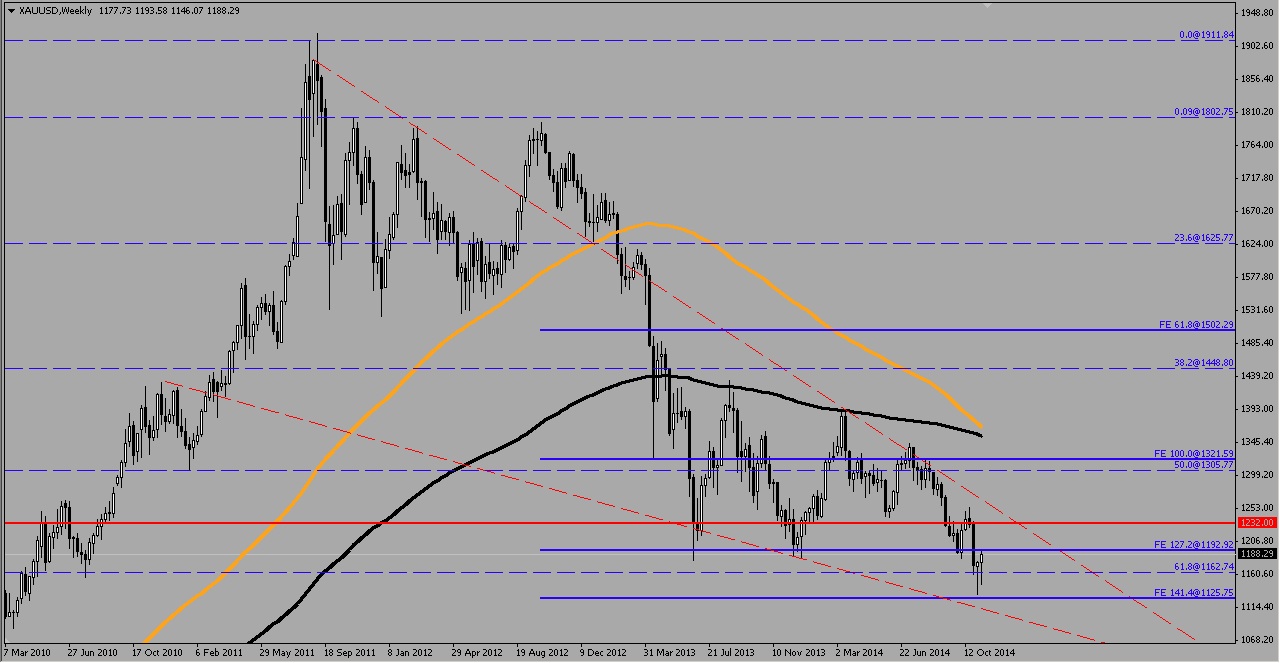 Weekly charts show the rebound from the 61.8% of the uptrend retracement supported, rising to the 1193 levels which was tested 3 times as support from June 2013 till date. 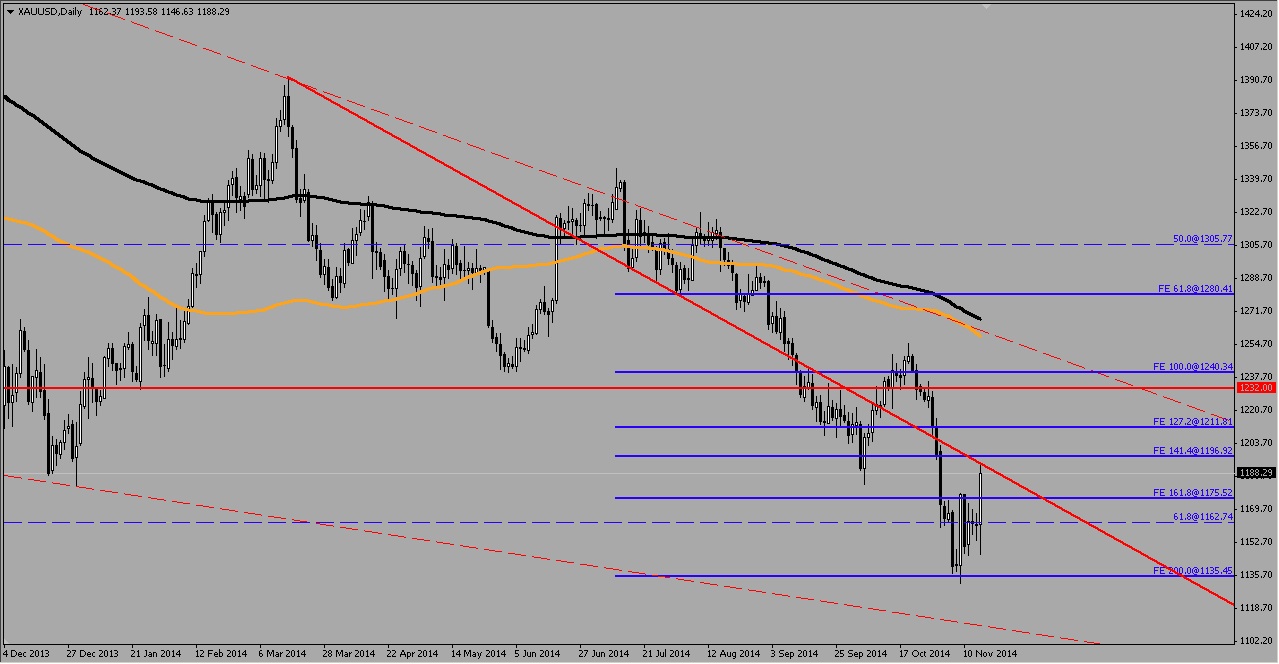 A close below the trendline in red could result in technical resistance and failing to break above 1197 could still mean more drops to follow for gold. 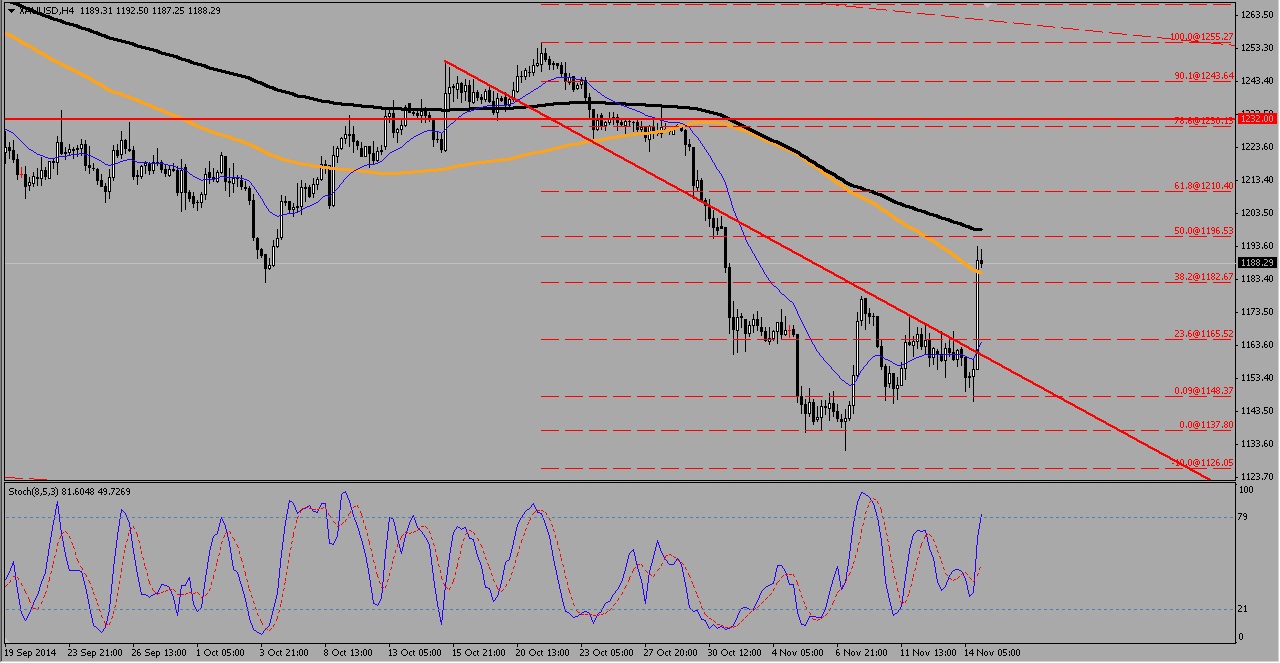 A bullish break above the 104 SMA on the H4 charts is likely to see gains extend past 1200 and 1210 resistances, with a support and difficulty in breaking lower than 1182 the key in following through for the rebound of gold that has fallen faster than expected.

The week continued strongly for the dollar as retail sales gained as U.S consumers became more willing to spend as jobs market maintained gains, falling oil prices translated into more cost savings for car owners. This week’s China HSBC Flash Manufacturing PMI to be released this Thursday could lead to a fall in demand for gold as growth is expected to slow, while the CPI data and unemployment claims in the U.S could result in mixed signals for the dollar.