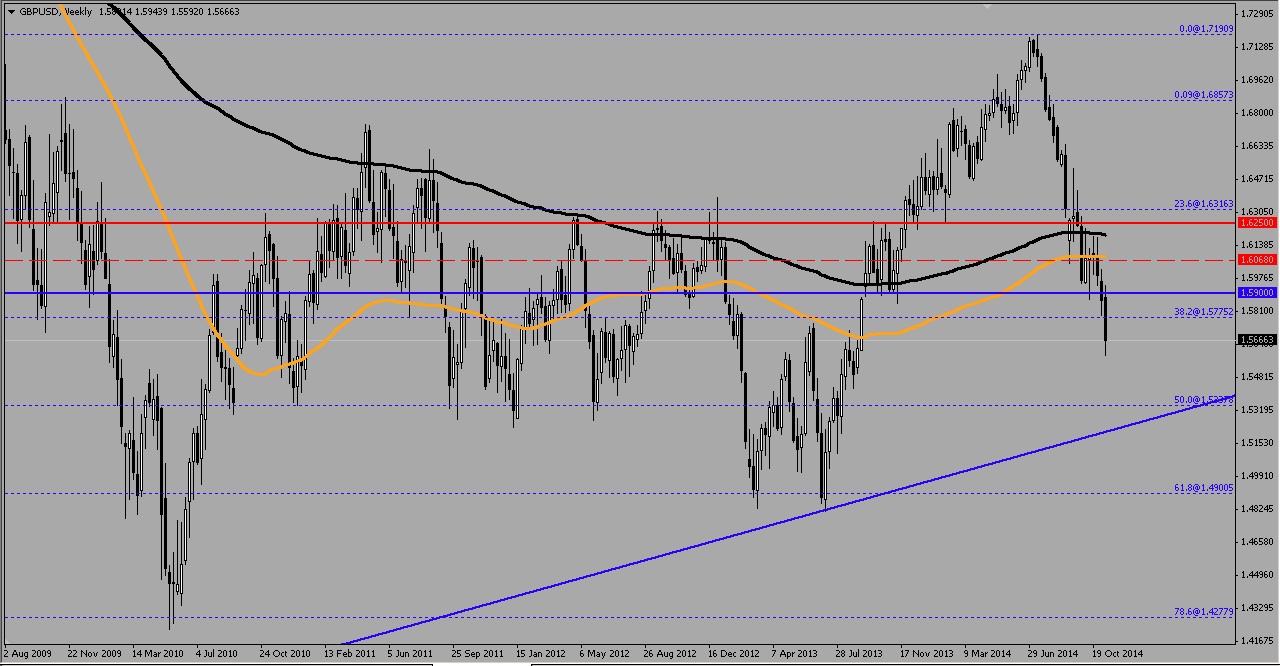 Cable rebounds off the low of 1.5600, last seen 14 months ago, as the bearish Pound trades lower against the bullish dollar. Weekly candles breaks below 1.577 as the 38.2% of the Fibonacci uptrend retracement level. 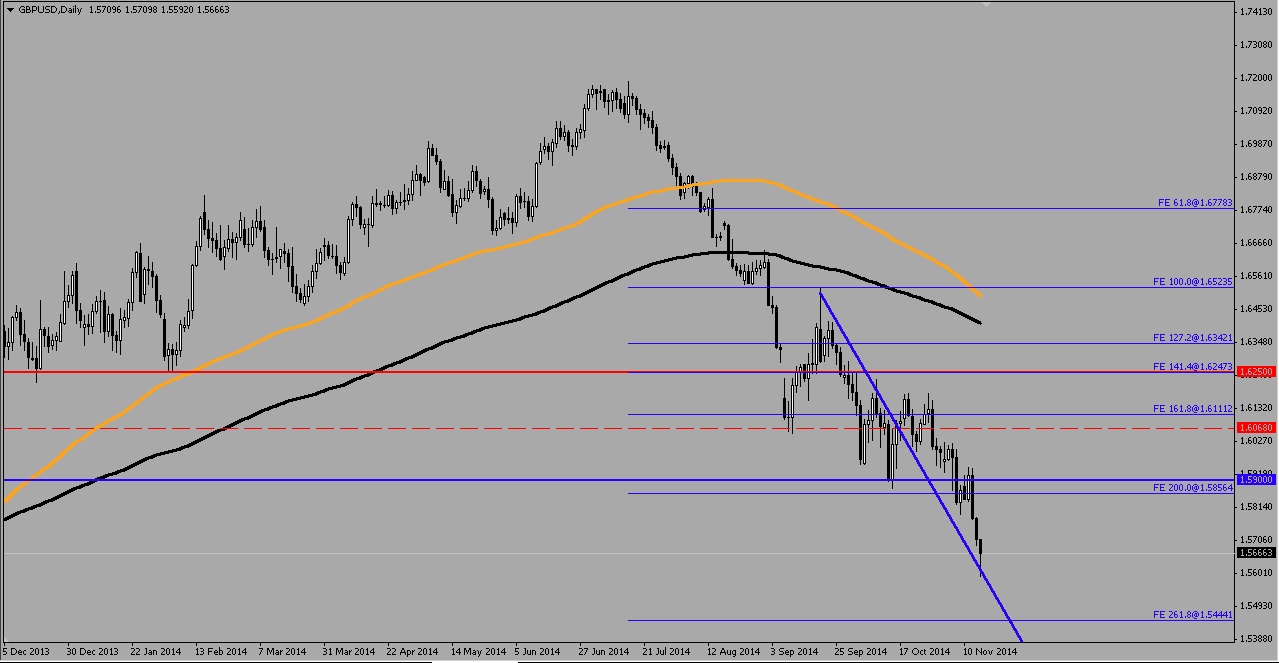 A long shadow forms near the trendline in blue as market retreats from the 1.5600 range due to an overbought U.S dollar 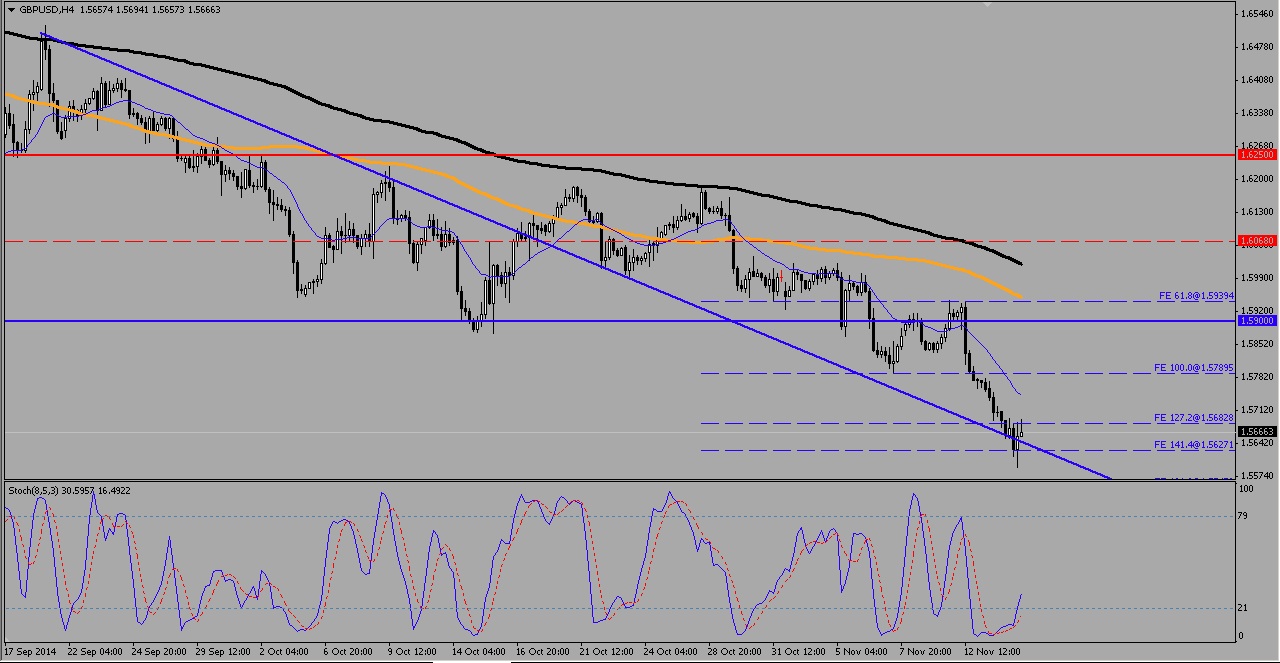 1.5627 is supported on the H4 charts as the Fibonacci downtrend expansion level is met by the trendline marking the downtrend. Resistance at 1.5900 or 1.5800 on the rebound still keeps this pair firmly bearish.

The Bank of England’s Monetary Policy Committee votes this Wednesday on the Asset Purchase Facility and the Official Bank, a key event for the Pound after a week of drops due to a lesser than estimated claimant count improvement and an unemployment rate that was expected to improve, but maintained at 6.0%. A weaker inflation and growth outlook could influence the asset purchase facility but a raise of interest rates is likely to be put off and that would likely push Cable bearish towards the 1.554 – 1.5400 regions again.

Tuesday’s CPI might give some respite to traders who are holding out for buys on the Pound, while Thursday’s retail sales might show some positive news as compared to the negative figures in September, but these movements are unlikely to cause bullish runs against the main trend, unless the U.S dollar continues its correction after being overbought, and that Cable manages to break above 1.5900 strongly.