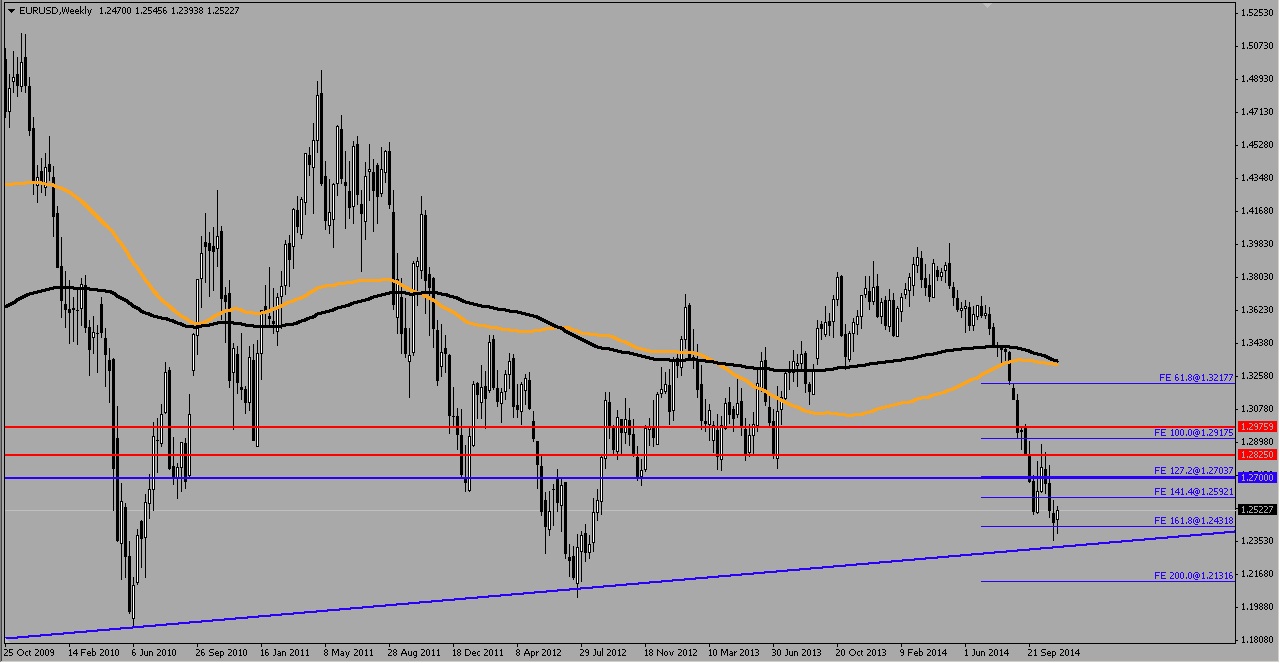 EUR/USD ends the last trading week above the 161.8% of the downtrend Fibonacci Expansion support zone at 1.243, closing just above the 1.2500 psychological price level. 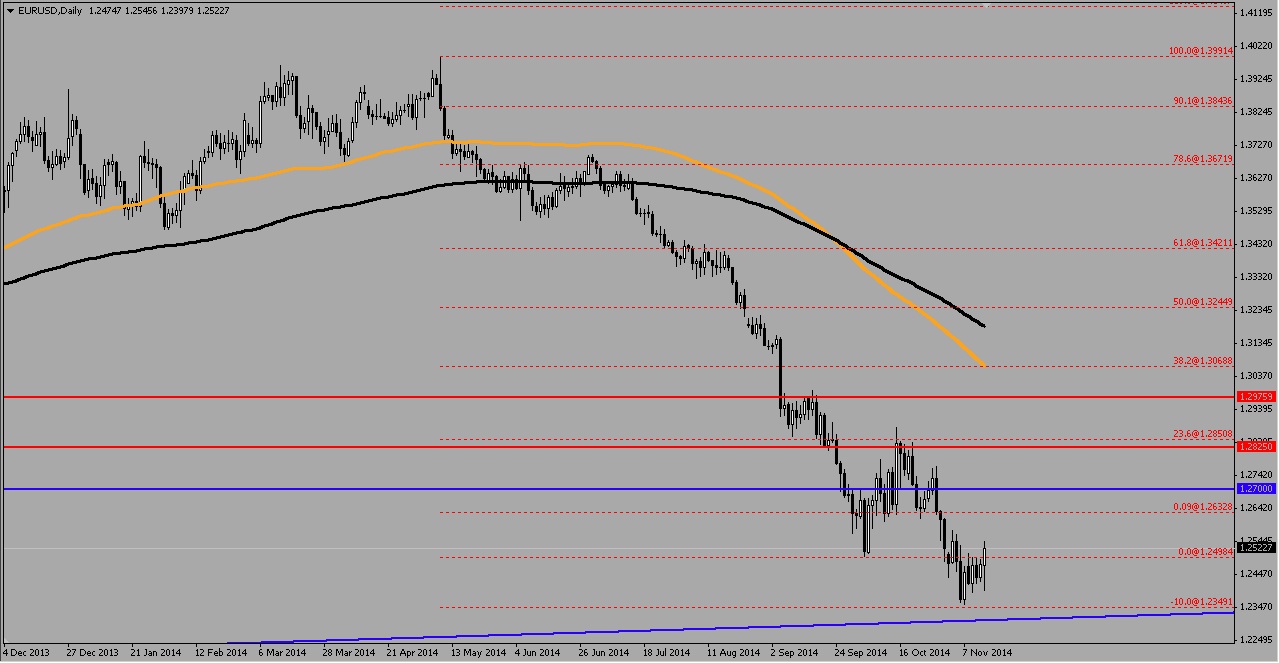 Daily charts sees the low of 3rd October broken upwards as the sideways trend of the last week turned bullish on Friday. 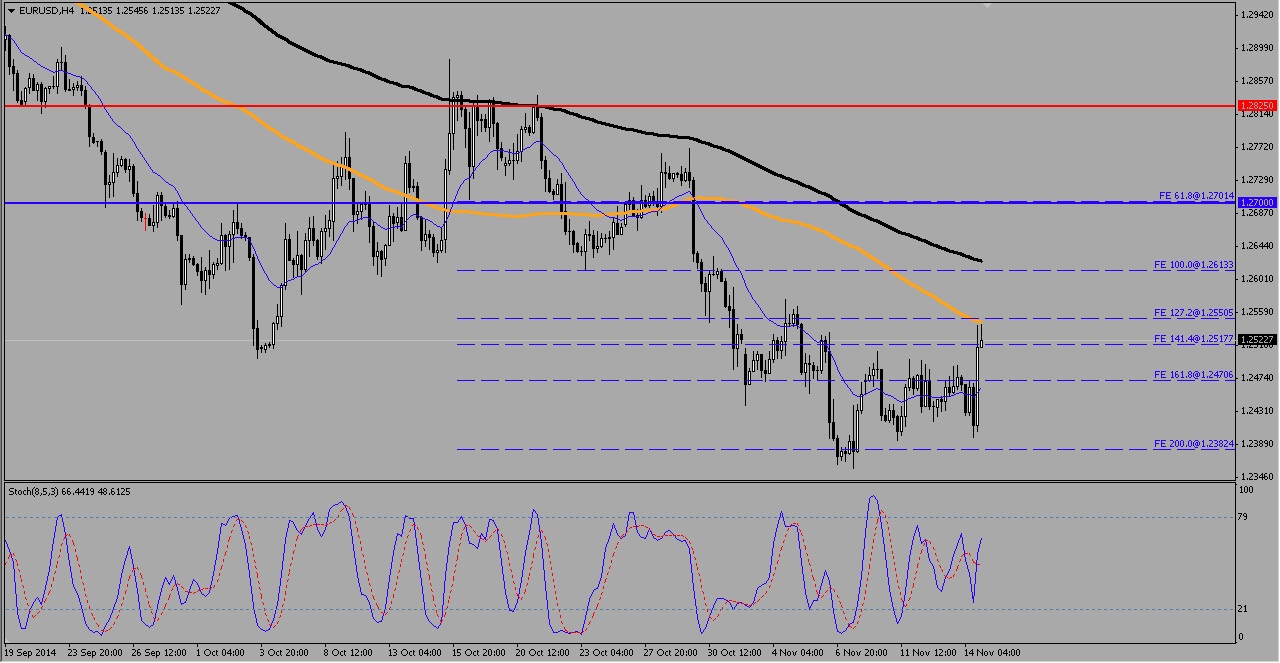 Support at 1.242 saw a higher high breakthrough from the previous higher low formed after the 1.236 support was hit and EUR/USD reversed on 7th November. Euro is now trading at the 2nd October support against the U.S dollar which resulted in an upwards swing towards 1.2825

Positive GDP data on Friday saw the Euro proceed to test 1.246-1.24 for supports and resistances, before the end of the week’s sell off for the overbought U.S dollar saw 1.2500 psychological price level broken. Weekly and Daily moving averages continue to show downwards movements while lower high formations continue. We expect to start the week bullish on the Euro as the Trade Balance estimates shows more than expected growth, but the German ZEW Economic sentiment on Tuesday is likely to remain neutral to negative on the outlook of the currency bloc.

A break above the1.254 price range would likely to face resistance on the 200EMA on the H4 charts that will keep the pair bearish for the week. Breaking above the 1.2700 support – turned – resistance will likely see 1.2800-1.2825 around the corner that keeps the recovery of the euro subdued.