The Loonie met our bearish expectation. There is a strong likelihood that the bearish trend will resume. What should be expected in the coming days and weeks?. The following presents our near-term and long-tern forecasts based on 17 March daily USDCAD Elliott wave analysis.

17 March, AtoZForex -In the last update, we looked at two bearish scenarios for USDCAD after a wild bullish rally out of a long term leading diagonal. Leading diagonals are known for initiating new moves. This gave us a feel that the rally was a correction and the bearish trend would only resume. We had an alternative which supported bullish resumption. If you have been following USDCAD Elliott wave analysis, you will notice that our alternative later was preferred.

The chart below shows our preferred count. 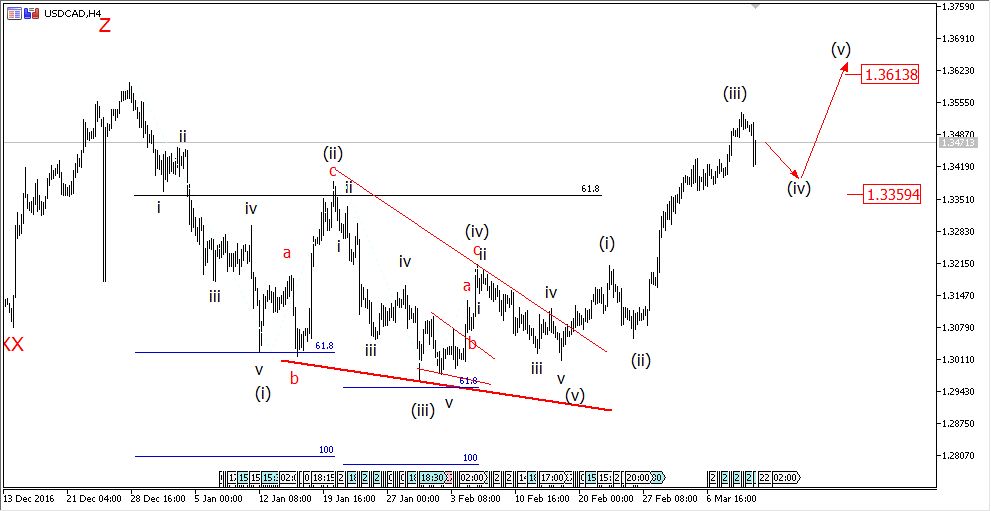 Wave 3 is not complete yet until price goes on a corrective 4th wave. We project the impulse wave to end at 1.361 resistance (Elliott wave patterns often ends at support/resistance levels)

The chart below was used for the second scenario. 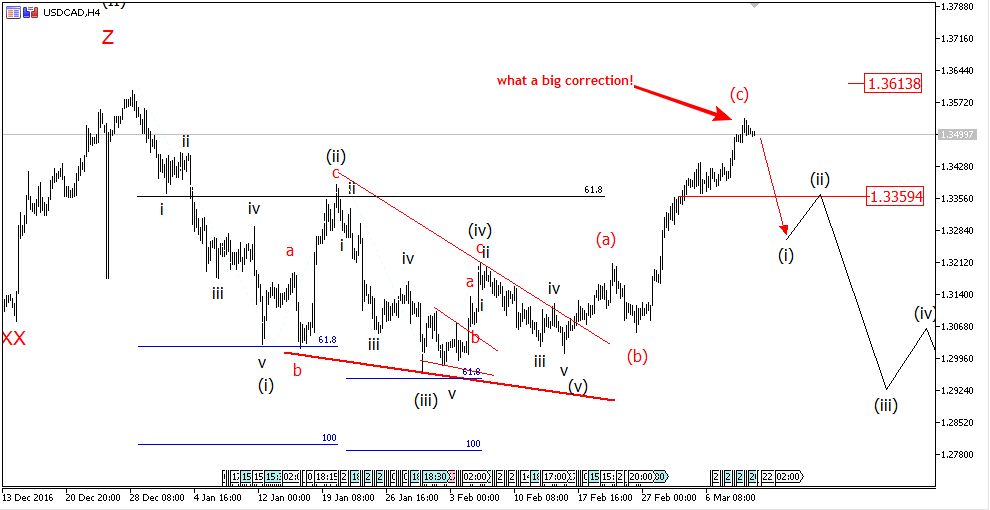 The chart above was exactly what we should have. the rate hike cause a fast dip which doesn't look corrective. This count is thereby preferred just as we stated in the last update.

If this rally is a correction, what a big one it would be!. A fast dip below 1.3359 will be the first sign that the bears have resumed. The breakout below 1.3359 should also be a motive wave and its after this, we can have a ‘pre-confirmation’ that the bears will take over. A break below wave (a) top would be the final confirmation and then the once preferred view will be preferred again

The Fed rate hike caused a fast dip and it looks motive. This set the second scenario as the more likely. We can expect USDCAD to fall more in the coming weeks. 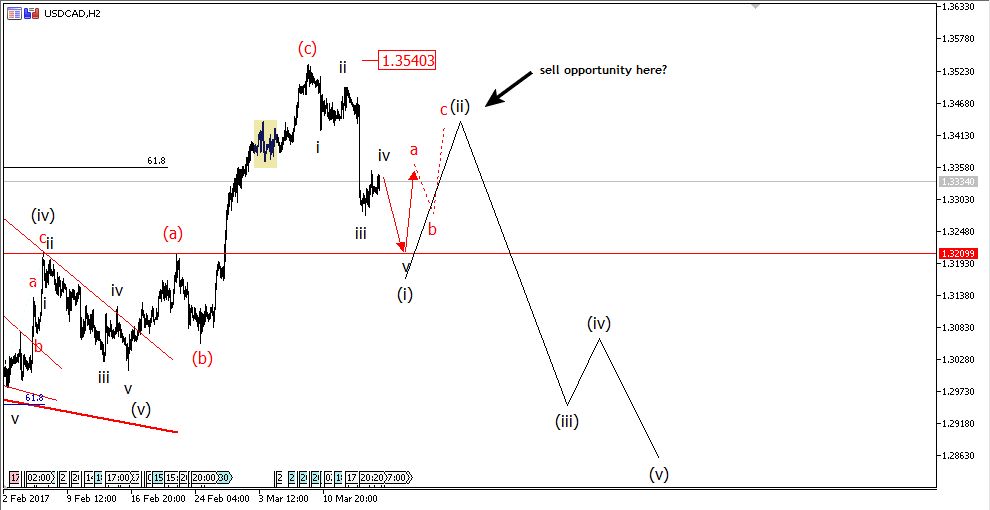 The chart above shows price forming the 1st wave of the expected bearish resurgence. Wave (1) could complete around 1.32. Waiting for a pullback to sell would be the most ideal thing for a swing trader. An intraday short term buyer can look for buying opportunity at the end of wave (1). More updates will come next week.