Ripple continues downside. It seems XRP price will get worse in the coming weeks. The following 17-19 March Ripple price prediction looks at the technical forecast of XRPUSD based on Elliott wave theory

17 March, AtoZForex  – The cryptocurreny market continues downside. Bitcoin heading below $8000, Ethereum heading to $500 and Ripple going back to $0.5. Ripple is likely going to the $0.2-$0.4 zone we have been discussing after the bearish move intensified. Price broke out of the $0.2-0.4 triangle zone in December 2017 and it seems the current dip is destined to test this level before deciding where to head next. 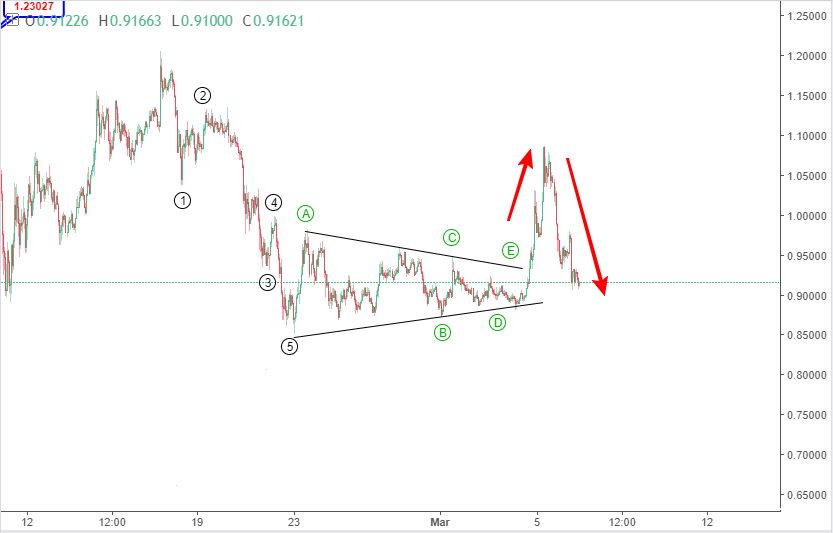 Price is expected to dip further as expected in the last update. The next bearish target is 75 cents

17-19 March Ripple price prediction: what next? 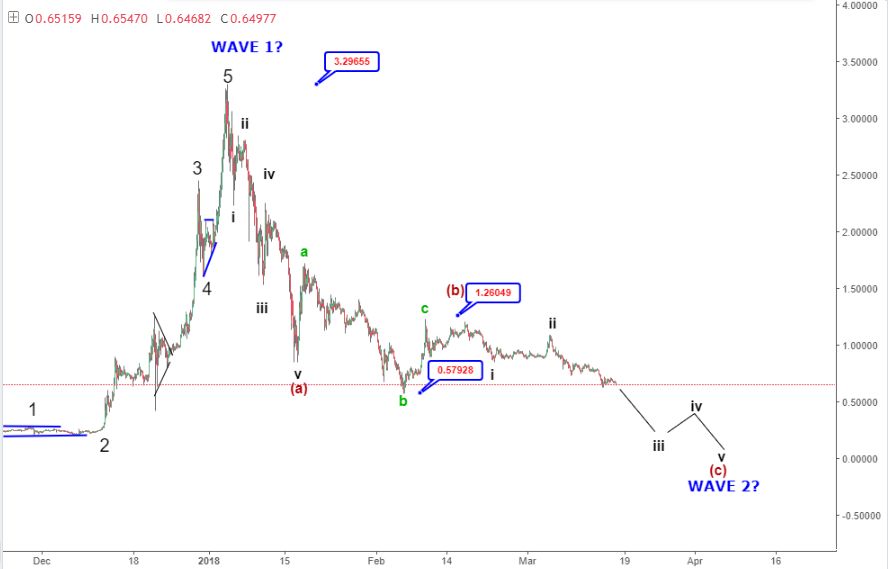 The chart above shows a 5-wave advance that ended in the first week of January at around $3.3. A 5-wave rally is often followed by a 3-wave dip according to Elliott wave theory. This is exactly what has happened. Since the early January peak, price has lost about 80%. The drop, however, is a 3-wave decline. The first leg ( an impulse wave) to 85 cents in mid-January, followed by a 3-wave corrective rally to $1.7 two days after. About a month after the completion of wave (a), the 3-wave bullish correction that followed looked like a running flat pattern. The running flat wave (b) ended at $1.26 in the second week of February. After this, price has been dropping in what could end up being another impulsive wave (c) to complete a bearish zigzag pattern. Wave i-ii has completed and price could break below $0.6 to complete wave iii. If this wave count is correct, we would see price dipping to 20 cents-4o cents in the coming weeks before the next round of bullish recovery. Stay tuned for the next update.