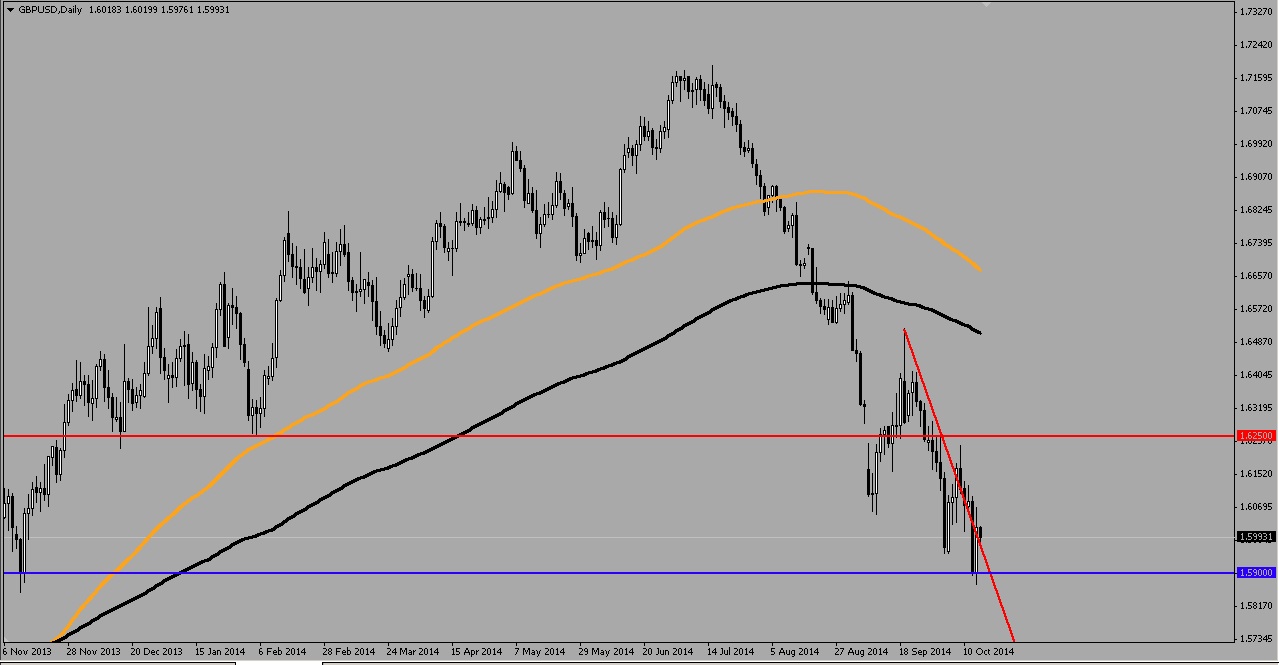 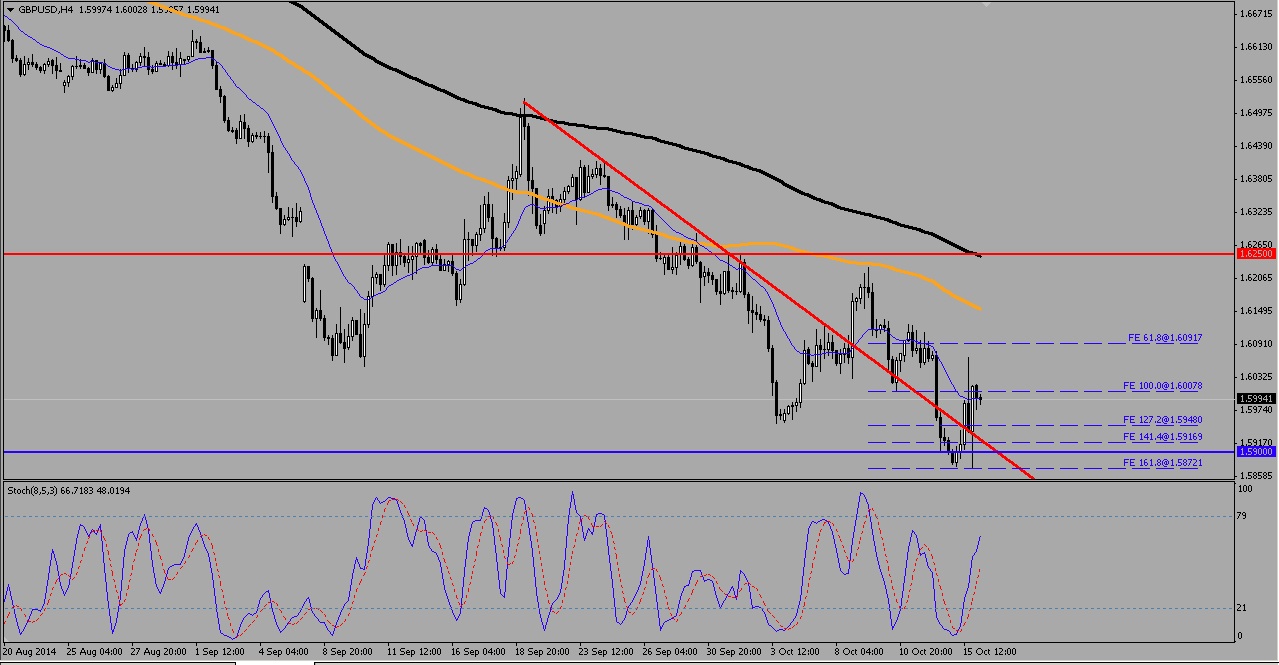 1.6008 is the closest resistance on the H4 charts as the market comes to terms with the data release during the U.S session 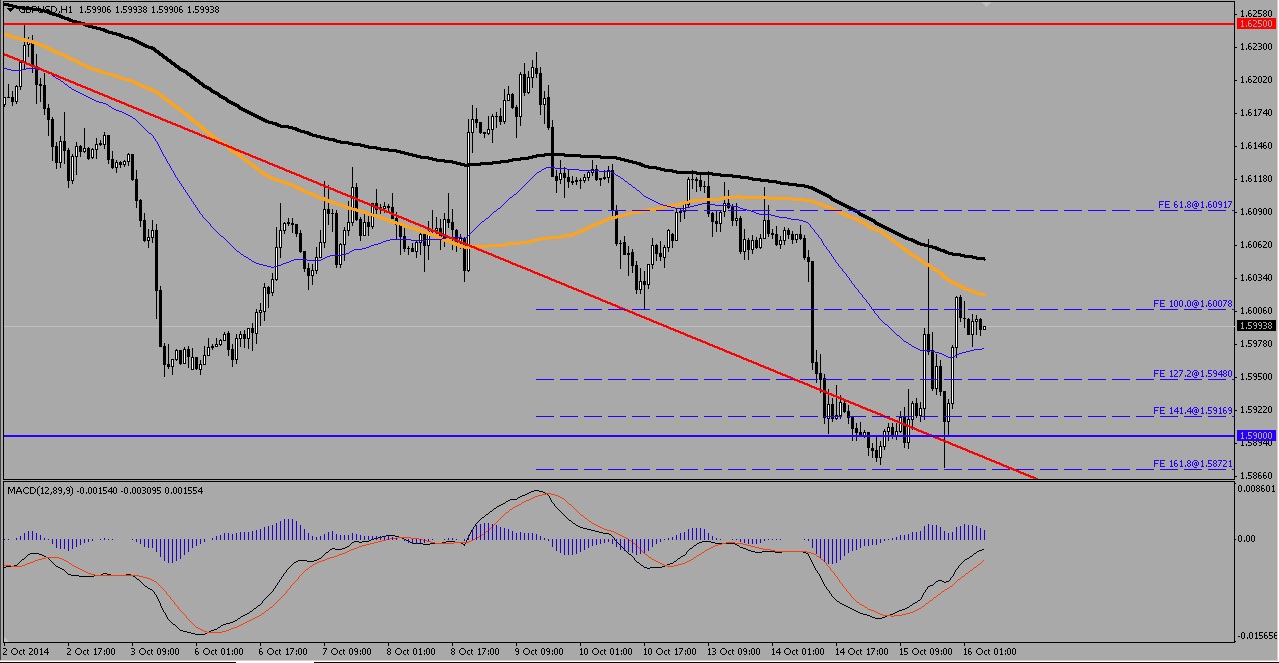 Falling below 1.594 would see 1.59 retested again, while 1.6-1.61 remains the resistance that slows the return of Cable towards its previous heights

U.K. inflation unexpectedly plunged to its lowest in five years and concern was abound when U.S. retail sales dropped 0.3 percent in September and wholesale prices unexpectedly fell for the first time in a year. The 2 big jumps forced Cable into a see-saw scenario that gives no clear indication as to the inherent strength of the Pound despite many calls to go for interest rate increases, something which the Bank of England, like their Fed counterpart, have so far declined to commit.

The lower highs are key to our scrutiny as the downtrend line in red happens to be an average range the pair is currently trading along, while retests at support of 1.59 may be the next sign of a reversal towards 1.6000, 1.6100 range. Technical indicators give mixed signals and prone to go bearish on the intraday. With no fundamental data out of the U.K today, we will be looking at the Unemployment Claims in the U.S for direction.