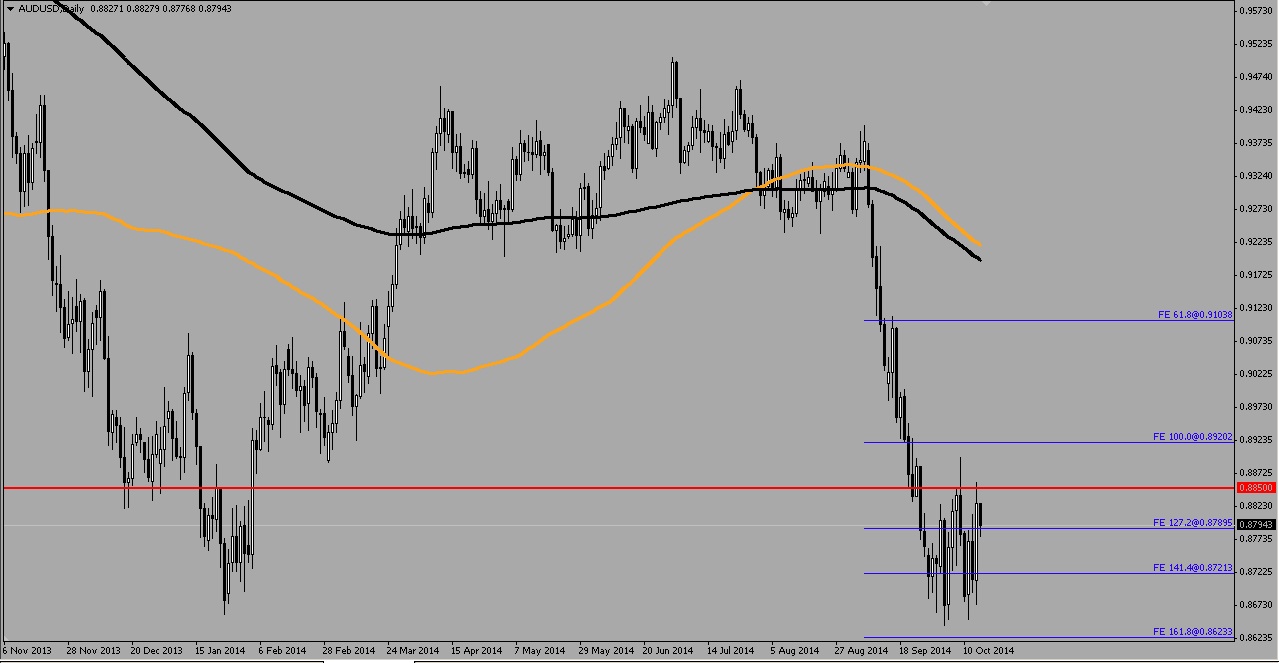 0.885 is a strong resistance to beat as volatility subsided once price is attained in yesterday’s trading 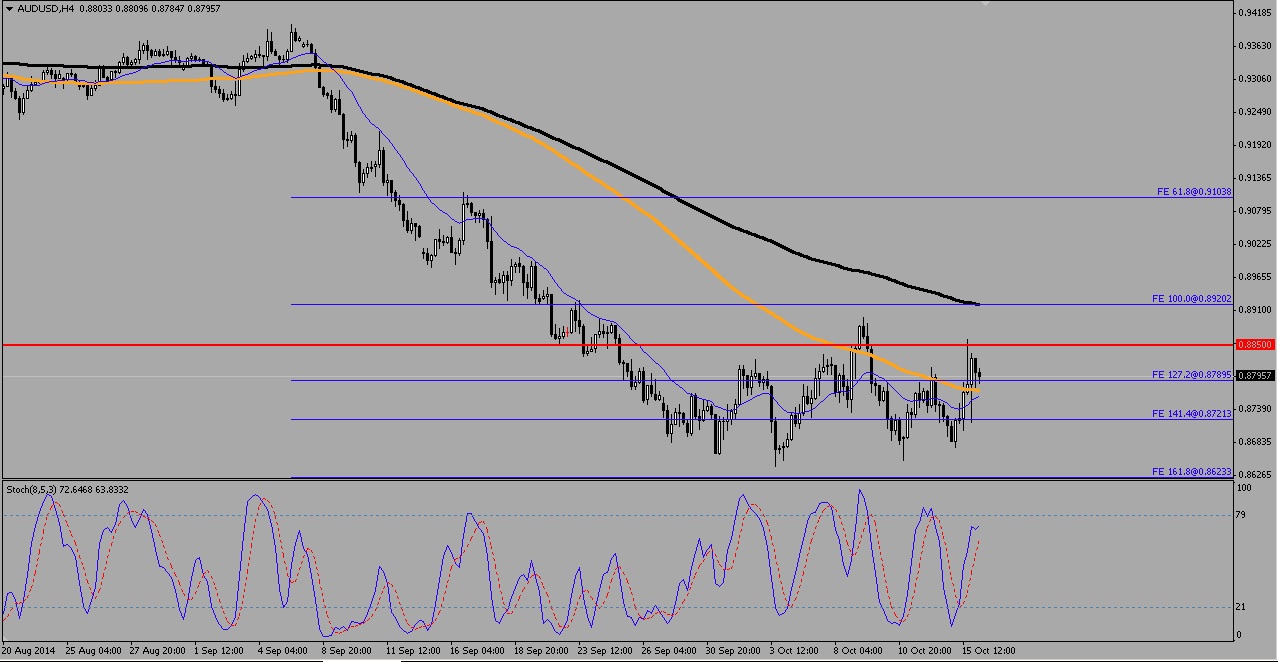 Australian dollar trades above 0.872 as higher lows lift traders’ sentiment on a retracement 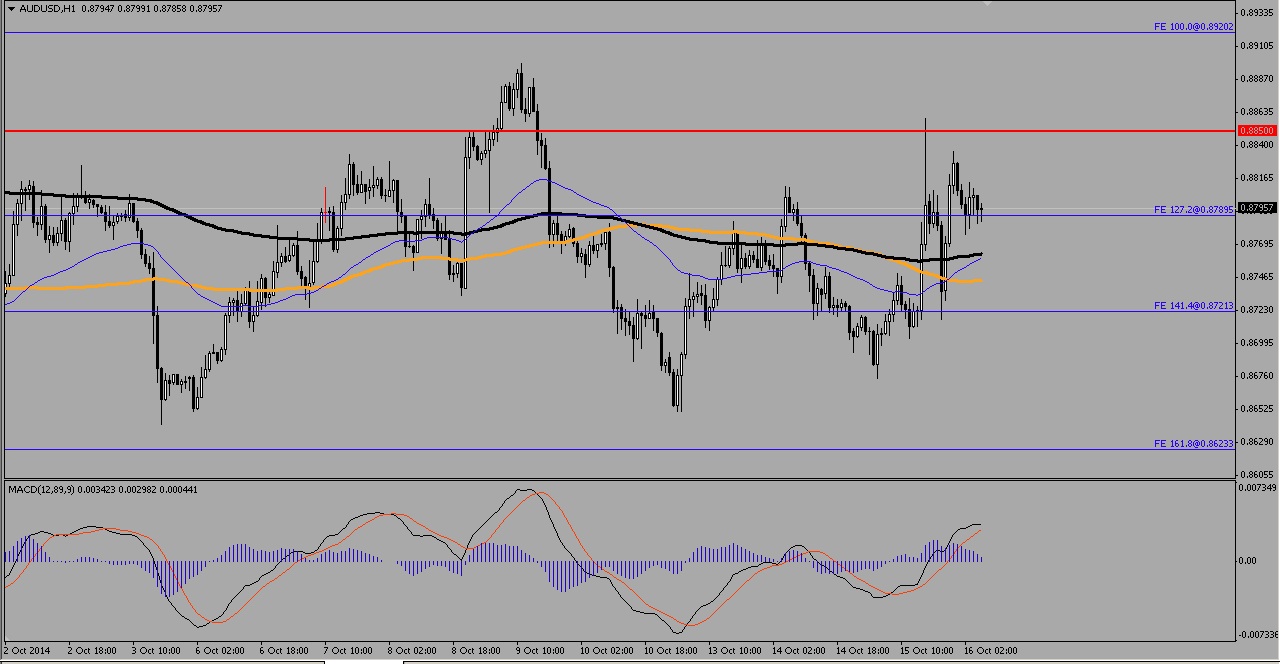 Traditional MACD signals a return of intraday bullishness and the key level remains 0.885, 0.89

The recent sideways movement bears an uncanny resemblance to that of May 2013 when the market took a break to consolidate from the bearish trend that saw AUD/USD fall from 1.06 – 0.885. Thought the intraday movement looks slightly bullish, there is limited upside as RBA Assistant Governor Guy Debelle is involved in a conference today and little optimism is expected as the economy picks up clues on monetary direction from his words.