Despite the recent Gold rally, the precious metal has been falling after hitting the 61.8% swing Fibonacci Retracement zone not only due to profit-booking by speculators but also due to a weak trend in global commodities markets weighing on gold futures.

Based on supply and demand analysis one can see that Gold gets under pressure each time we have the precious metal rising above the $1,175 per ounce level mostly supported by the deflation expectations from various central banks.

Historically investors hedge by diversifying approximately 5-10% of their portfolio to safeguard themselves against any possible paper money devaluation or in times of major crisis where keeping your wealth in traditional paper money involves higher risk, which pushes the precious metal higher.

At the moment, although the world economy is not doing well, and there is a financial crisis fear the global markets do not yet feel any threat on currency devaluation and thanks to lower oil prices deflation is already there in some countries such as in the UK.

But there is a catch, XAUUSD is Gold traded against the USD, which means each time the USD would lose ground against its counterparts Gold would start appreciating to balance its value. 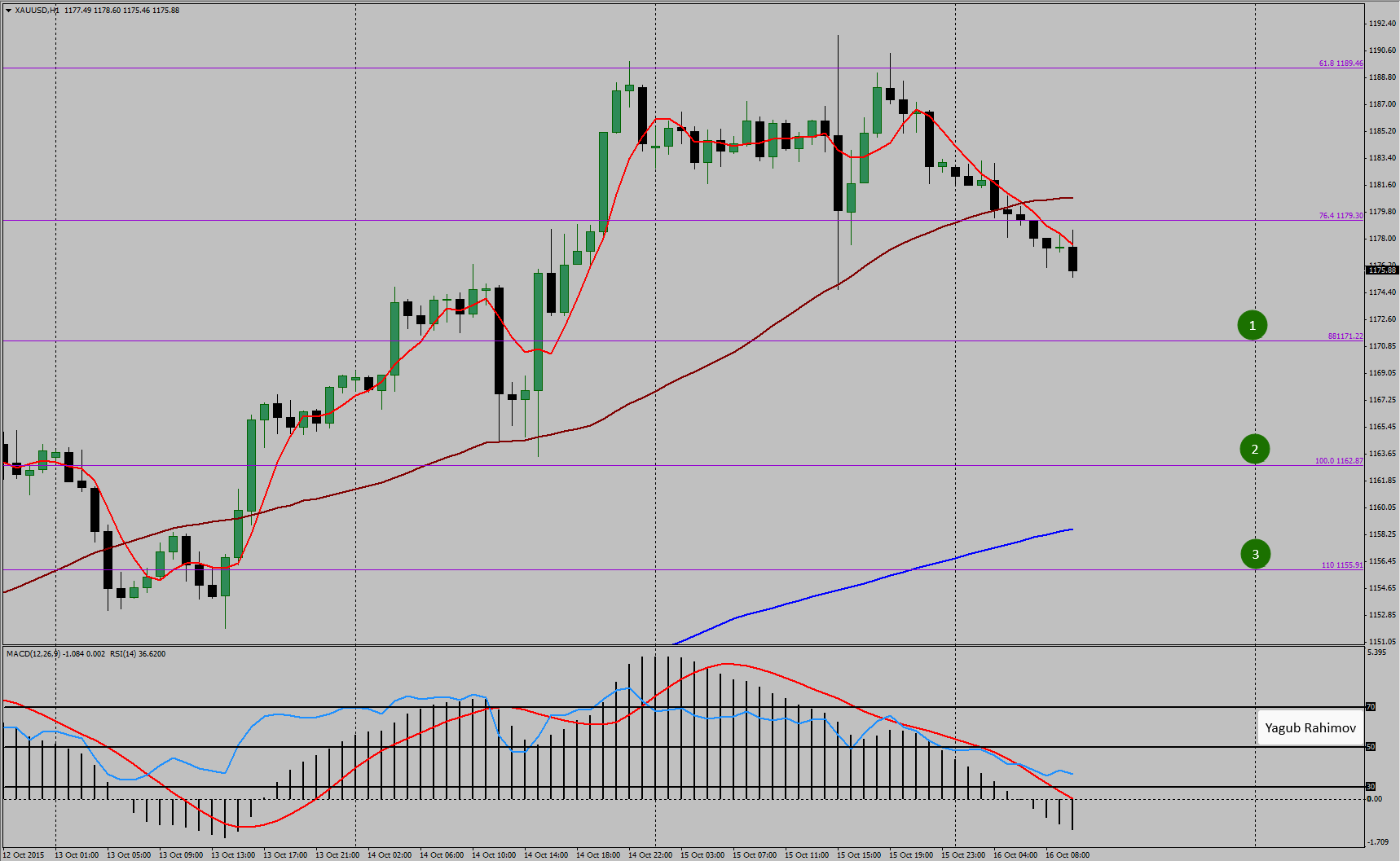 GOLD Fibonacci Analysis (click on the image to zoom in)

Technically speaking, bulls had their Gold TP levels defined at $1,189 zone which fell right on swing 61.8% swing Fibonacci retracement zone and additionally on intranet H1 time-frame the [precious metal also had a double top which was a reversal price action formation as well, with a minor defect that the second top was slightly higher than the first one.

On daily time frame we can also see that the last two daily candlesticks have formed a bearish reversal candlestick formation as well which will be confirmed if today’s candle breaks below the $1,174 per ounce support zone.

At the moment my bearish Gold TP levels are outlined as the following:

Attention should be given to the $1,156 zone as this is where we have the major weekly support level.

We have an upcoming Free Fibonacci Strategy training, see how you can register here!