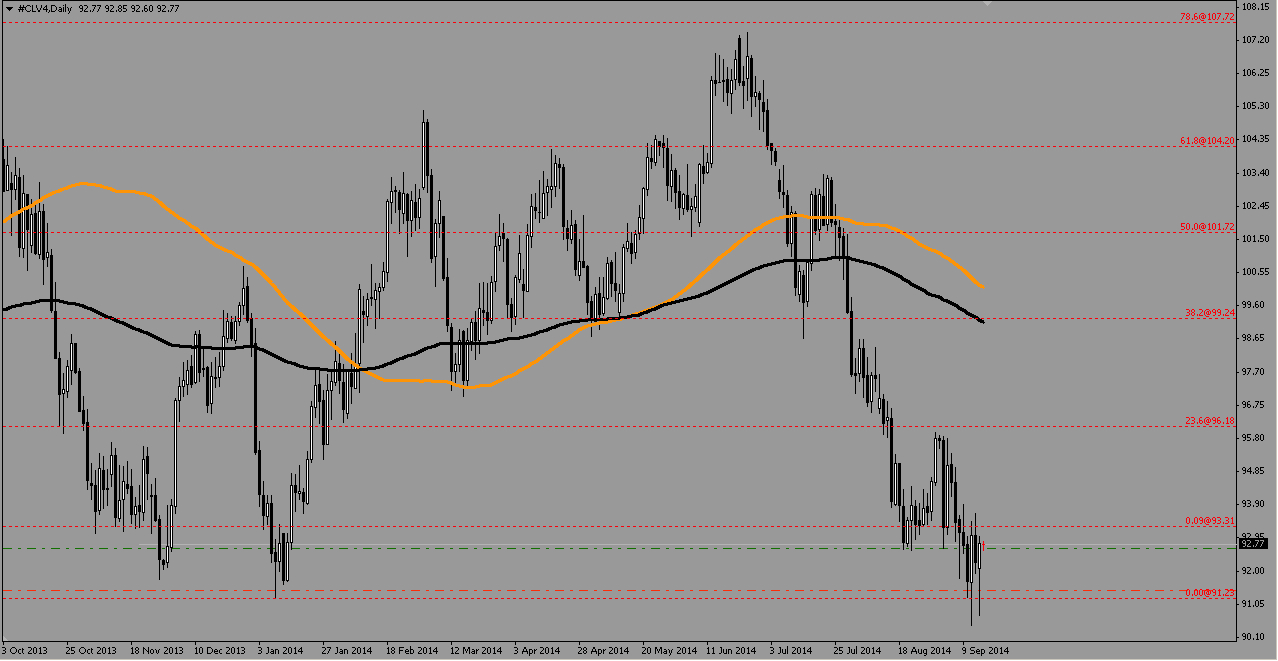 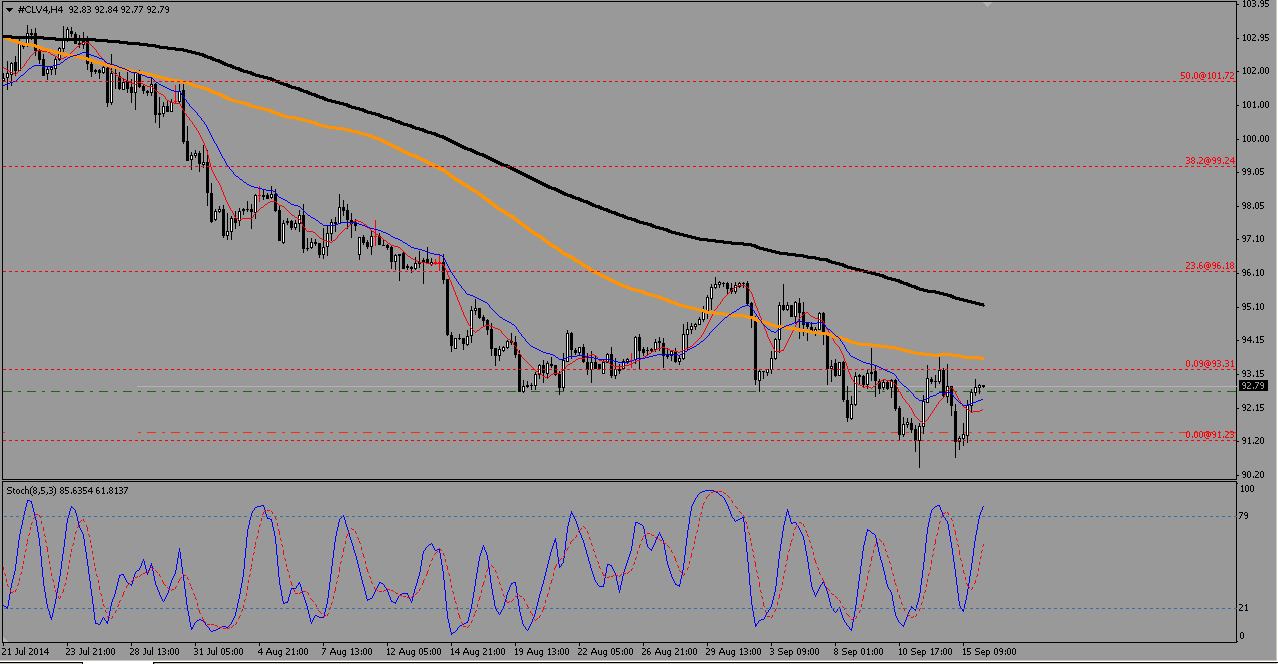 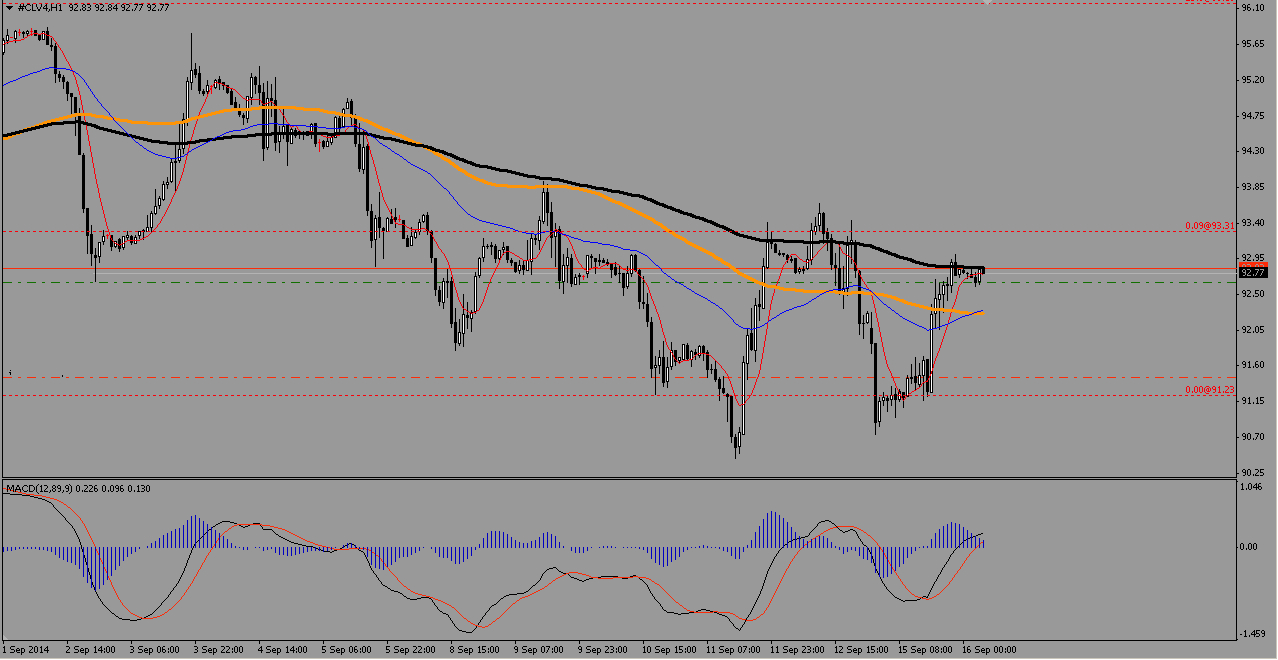 Resistance at the 200 hourly moving average may give rise to selling entries from the green light, while taking profit earlier than the previous low is advised due to possible higher low

A relative higher low was formed after Light Crude Oil prices were supported off 91.15 yet again this week. The Traditional MACD on the H1 chart looks like a retracement and looking to return to the bearish region again, with the prices trading below the 200 hourly moving average. 93 coincidentally was a support price back on 2nd Sept 2014 and looks to retest as a resistance which may give rise to lower prices today.