The Fed voted to raise interest rate in its last meeting on Wednesday. This was the first time in 2016. The Cable soared as a result of this. What should be expected next after a significant technical breakout upside. The 16 March Post-FOMC GBPUSD Elliott wave analysis has a clue.

16 March, AtoZForex – At the FOMC meeting yesterday, the Fed raises interest rate to a target rate of 0.75% – 1%. This was the third time in a decade and the first time this year. The rate hike was widely expected by analysts, investors and Fed watchers. Amidst this report, the Cable soared above 1.2105 – 1.2250 range thereby suggesting further rallies. In the Pre-FOMC GBPUSD Elliott wave analysis report, we identified a long term correction completed just above 1.2100. The chart below was used. 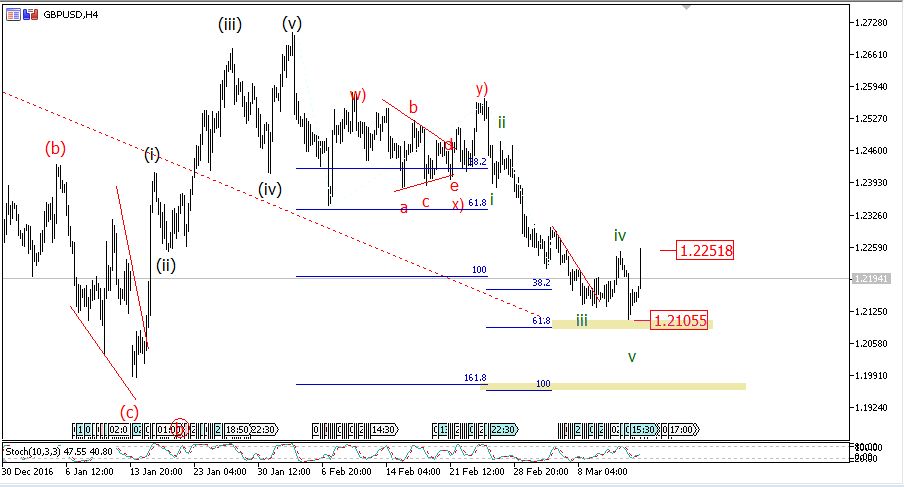 There was another level highlighted downward at 1.195-1.197 if the FOMC report caused bearish spikes. We noted thus:

The rate hike caused a break above 1.2250 and surged further to 1.230. The bullish move is expected to continue this month before the talks to implement Article 50 starts at the end of the month. The chart below shows the latest wave analysis of the Cable and how an intraday and swing trader can take advantage of the information therein. 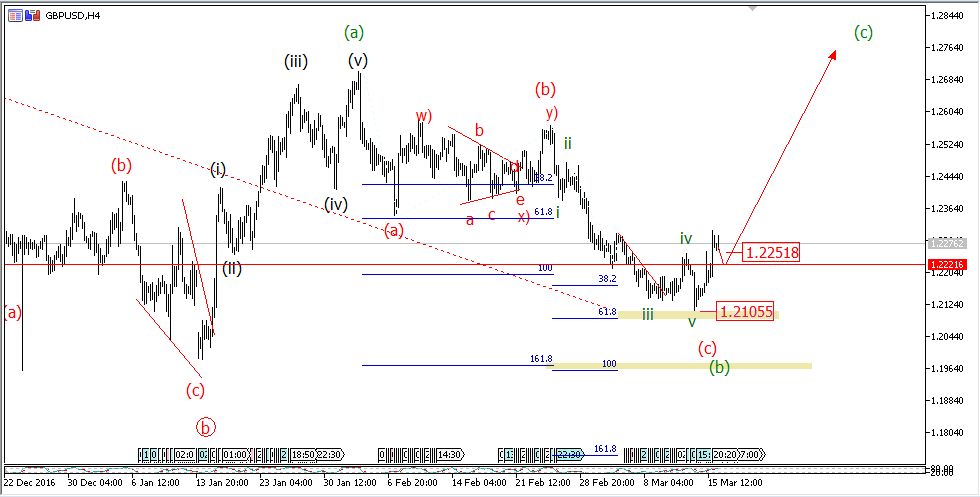 The chart above shows the sub-wave of the corrective move that ended at 1.2105. The rally could continue above 1.26 in this half of the month. There could be a pullback for intraday and swing buyers to get the rally at 1.22. A sudden dip below 1.2105 will invalidate the entire setup and see price breaking below 1.196 support. The chart below shows the intraday view.

The intraday rally could continue to 1.236 before a pullback dip as shown below. 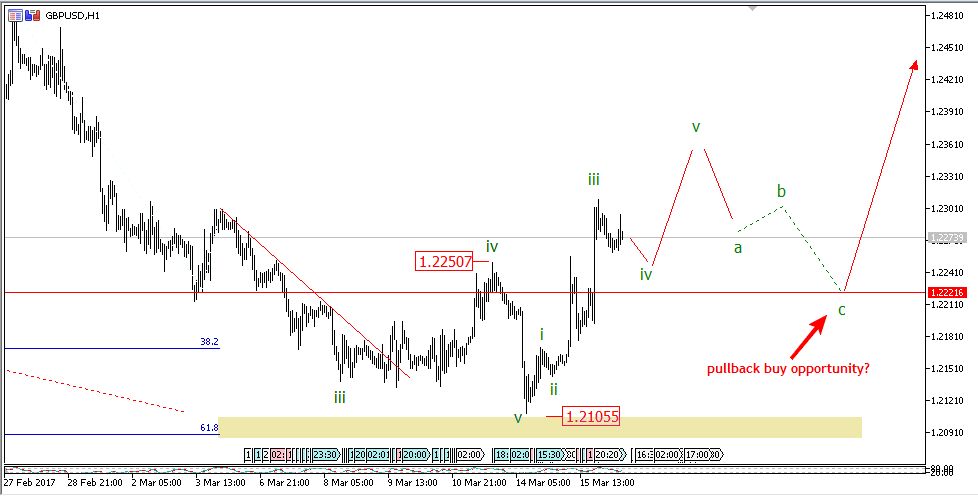 Buying the dip at 1.22 would be ideal for buyers. Rally will probably resume toward 1.26 and above before the end of the month. This could be a really good investment considering the R/R. Who wouldn’t want to buy low and sell high?. It only requires the skill of  PATIENCE.