LTCBTC finally broke upside after being held in a triangle pattern for over 6 weeks. Will price rally further. The following 16 February Litecoin price prediction looks at the most probable scenarios expected.

16 February, AtoZForex  – The Crypto market has shown again that Elliott wave theory is one of the most useful and accurate technical market forecasting tools. This market is the youngest and there were concerns if the theory can be applied. In fact, the opinions are wildly divided because a good number of Crypto analysts and traders believed that the Crypto market is driven by different factors to those in Forex, Commodities, Stock and Bond markets. Well, that may be true but Elliott wave theory does not look at the factor. It looks at the people. Policies, economic factors etc do not move market, people do based on their perception of these factors. That’s why more often than not, Elliott wave is ahead of the news. It focuses on the psychology of the market movers. It’s not perfect, but it’s very useful.

If there are any proofs to what is stated above, there are many to point to on this platform that highlight how wave patterns dictate the pace for what price will do next, to an amazing accuracy. For example, in the last update on LTCBTC, we had a triangle pattern that just broke out. We had , in two previous updates before the last, followed the development of this pattern. The chart below was used in the last update. 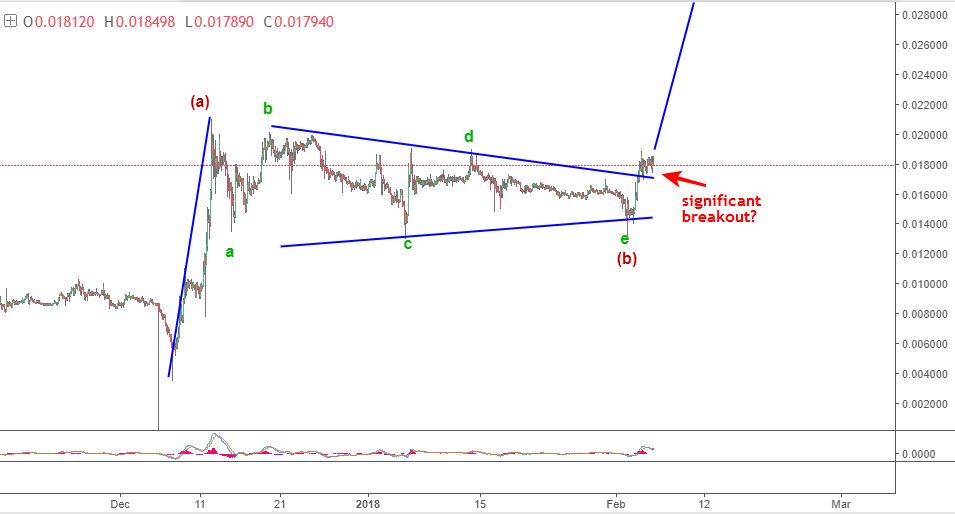 Price has broken out significantly for the first time. Will there be enough bullish momentum to drive it to 0.0205 — 0.022 targets? If this forecast works as expected, LTCBTC should continue the rally it started this year. This means that Litecoin will perform better than Bitcoin in the next few weeks. If the bullish momentum doesn’t improve, we may see price drop back to the triangle zone and extend.

After the breakout, there was a good bullish momentum to further drive price upside as the chart below shows. 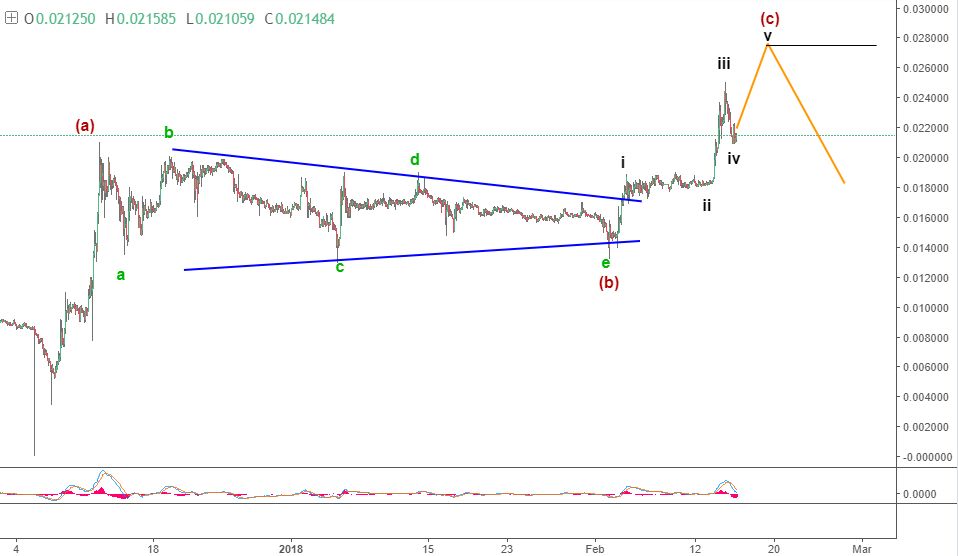 As the chart above shows, there was a surge after the breakout. The announcement of a hardfork this weekend might have made the market react that way but we already knew this could happen. A 5-wave rally is now very likely to 0.028 before any dip would be seen. Stay tuned for the next update.