According to 16-20 February Bitcoin Technical Prediction, the BTCUSD pair might cross $11,000 level in a week if it breaks the previous lows in few days. Also, the BTCUSD will form bullish trend continuation pattern after testing 38.2% Fibonacci Retracement zone, signaling price hike in the short term.

Fundamentally the Bitcoin sounds healthier since the past few days. Also, the BTCUSD pair remains technically bullish. A decent upward move clearly signals the Bitcoin is ready to cross $11,000 level in few days. According to the chart, a bullish engulfing candlestick pattern has emerged in a weekly time-frame. During a downtrend, the Bullish Engulfing depicts an opening at a new low and closes at or above the previous candle’s open. This signifies that the downtrend has lost momentum and the bulls may be gaining strength.

Additionally, according to Fibonacci retracement charts, the BTCUSD pair is trading above 23.6% Fibo. retr. zone, with successfully crossing the previous bottom i.e $9324 mark. This zone might be a critical zone for traders. The BTCUSD still trading below the 38% Fibo. retr. zone which merely the golden zone for buyers. The pair if failed to sustain this position than a small dip might be possible from this point.

On the upside, if the Bitcoin break 38.2% Fibo retracement zone than an upward move towards $12,000- $13,000 level could be tested in few days. As of now, the Bitcoin seems overall bullish. Thus, the chances of Bitcoin Price rise above $11,000 level is still higher. 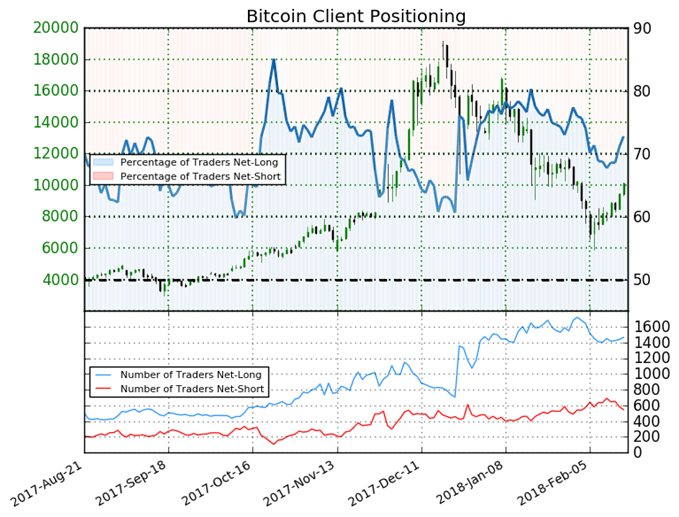 The relative strength index(14) value is nearby 50 which means Bitcoin is Neutral.

Moreover, according to ATR(14), the BTCUSD pair is Highly volatile.

The Bitcoin has significant weekly support near $6,500 level and resistance near $9977.6 level.

What do you think of the 16-20 February Bitcoin Technical Prediction? Let us know in the comment box below.