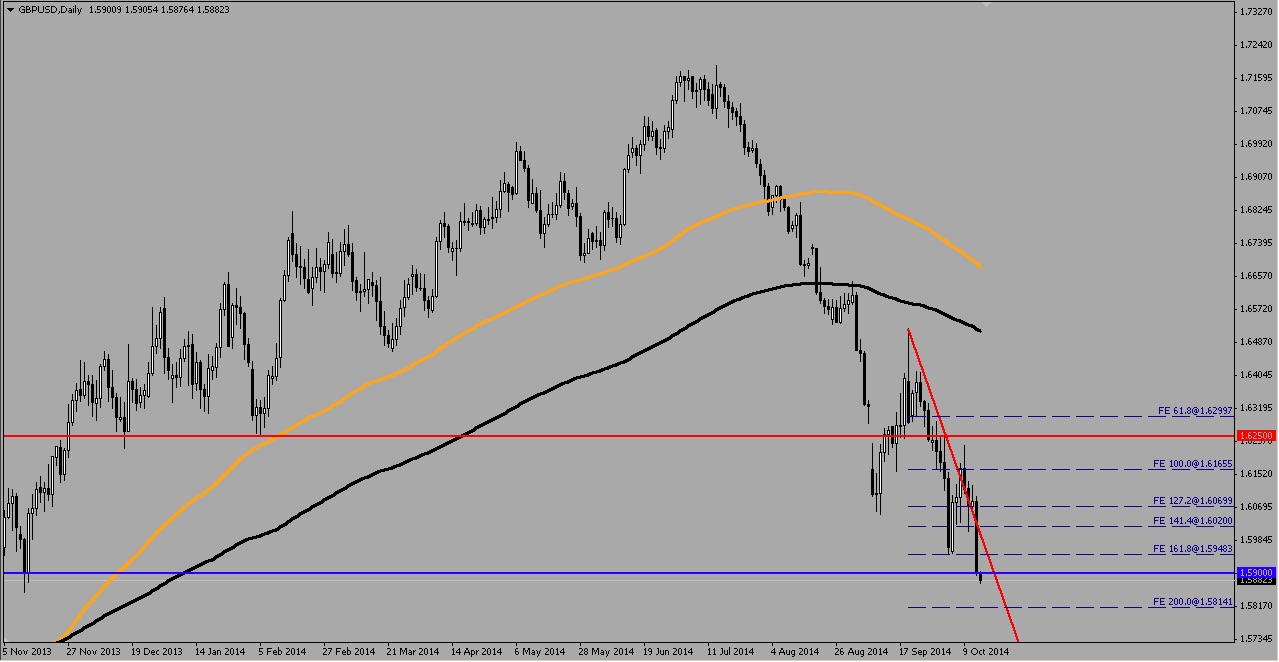 Cable broke the 1.6000 psychological price level support which was last seen in November 2013 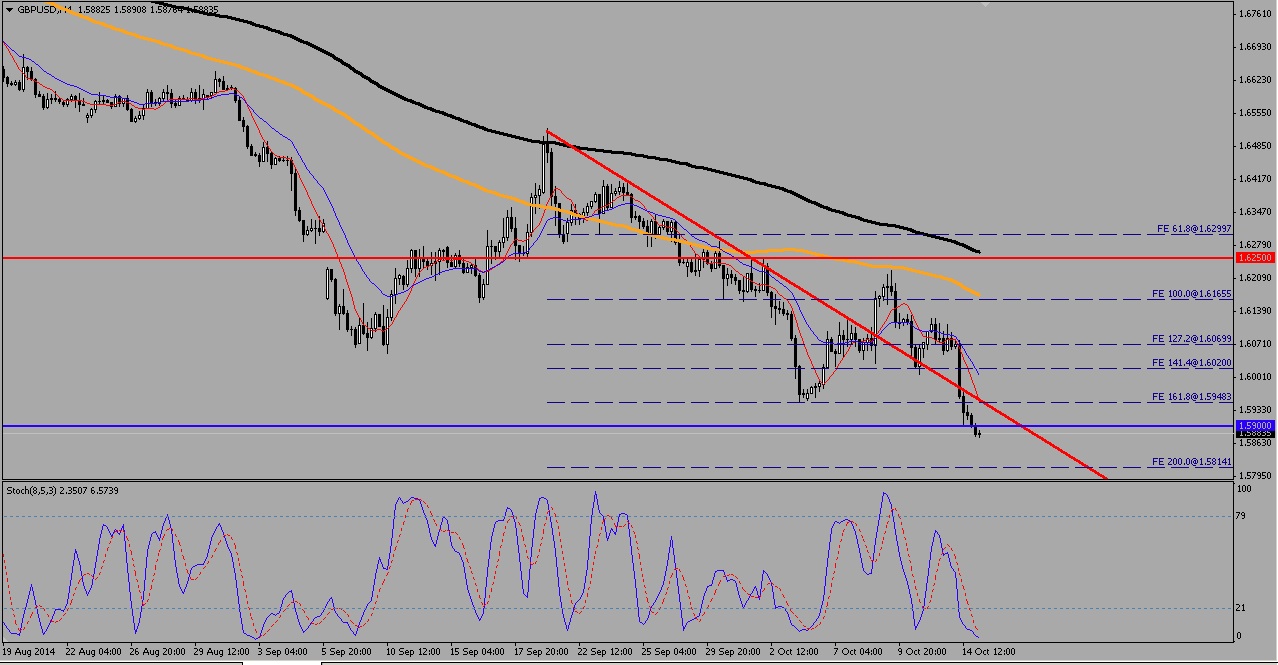 A retest of resistance today at 1.5948 will likely see cable return to the downtrend channel and towards 1.5814 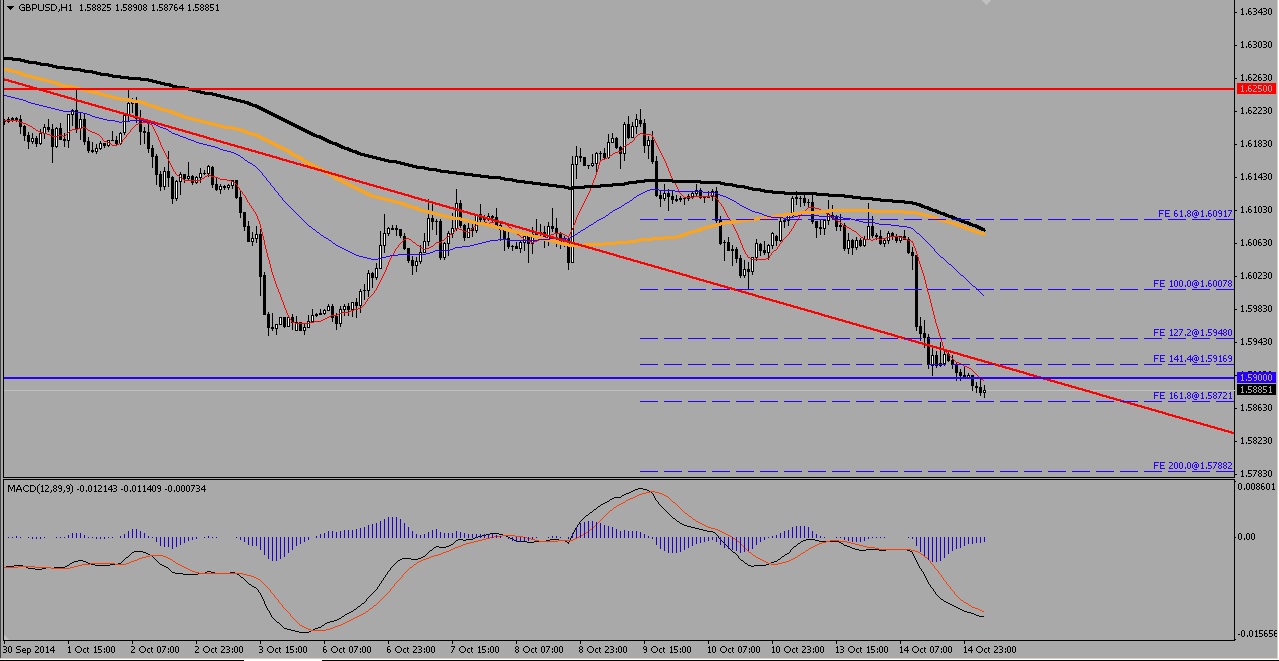 We might see consolidation at 1.5900-1.5872 before the Claimant Count change and Unemployment Rate data release later today.

The U.K CPI and Core CPI both rose less than estimates as British inflation slows to a 5 year low, reducing momentarily the pressure on the Bank of England to raise its interest rates as the economy has shown significant rebound. BoE Governor Mark Carney said last month that the central bank may start to raise interest rates next spring if the labour market continues to recover from the financial crisis. However, signs have grown that the euro zone is at risk of falling into a new recession since then, hurting demand in Britain’s manufacturing sector, despite the favourable recovery of the labour market thus far.

Markets will await the Claimant Count change and Unemployment Rate data release later today which should show an improvement across the board, as Cable looks to consolidate at 1.5900 level after breaching the 1.6000 psychological price level on the back of the data of contracting inflation.