The Cryptocurrency market continues downside this week and so does Litecoin. LTCUSD is trading between $150-$160. What should we expect next? The following 15 March Litecoin price prediction looks at LTCUSD based on Elliott wave theory.

15 March, AtoZForex  – The market is still making its way downside this week after early a little bullish move at the beginning of the week. Many HODLers would have expected that the the bullish bounce off we saw at the beginning of February would continue. But, looking at the charts, it seemed otherwise. The bearish cycle is not yet over. Litecoin started this month worth more than $200 but has now dropped $50 in the last 15 days.

In the last update, we expected this drop to happen. A drop to $150 was our forecast after a short term triangle was broken downside. The chart below was used in the last update. 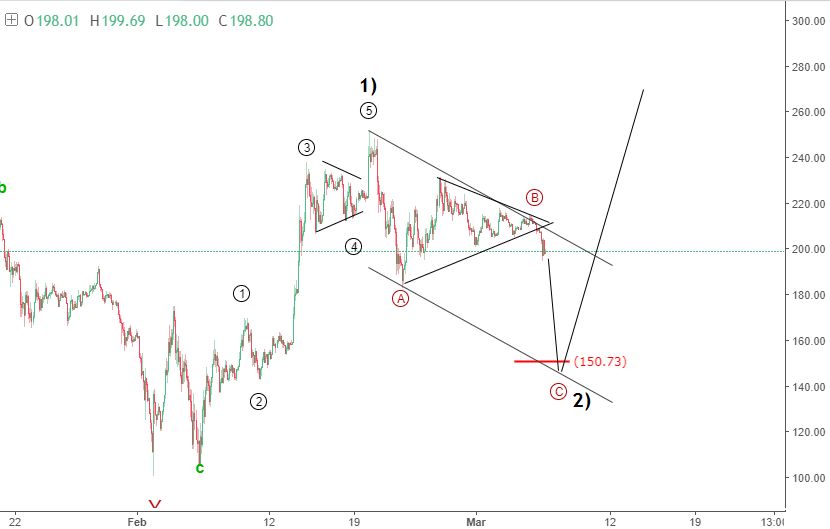 The new wave count takes the starting point from the second leg of the double bottom. The double bottom signified the end of the larger degree corrective wave that ended around $100. Wave b of 2 has completed and price broke downside. A dip to $150 is likely in the coming days. At the end of the corrective wave 2, we can expect price to resume upside.

Price did just as expected and dropped more than $40 since the last update. If anyone thinks that analyzing charts with technical tools like Elliott wave theory is not applicable to Cryptocurrency, such many want to re-consider. Elliott wave has proven to be helpful in forecasting the Crypto markets just as in any other markets. What should we expect next on LTCUSD?

15 March Litecoin price prediction; what next? 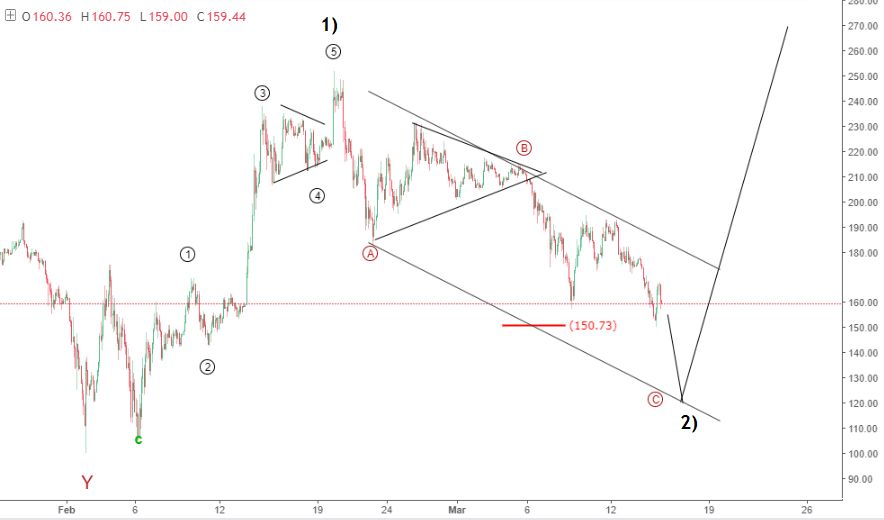 Price has hit the bearish target at $150. Price is expected to above the falling channel line to confirm wave 2) is complete. Staying within the channel means a possibility that the dip would continue exists. The next bearish target is $120. If price would return upside, it’s important to see a bullish signs among which bullish breakout above the channel is one. Stay tuned for the next update.