Litecoin has been one of the poor performing coins since the turn of the year. There is a big possibility of a strong move after a breakout. Where will price breakout? 15 January Litecoin price prediction look closely at LTC/BTC and LTC/USD forecast.

15 January, AtoZForex  – Litecoin, unlike Ethereum and Ripple, has dragged along with Bitcoin. Both having similar recovery wave pattern after last December price fall in the market. LTC/USD like BTC/USD has been sideways in form of a triangle pattern. The triangle is taking more time and getting bigger. The eventual breakout is expected to be big. The sideway move in LTC/USD and BTC/USD is also reflected on LTC/BTC which is completing the same triangle pattern.

A similar triangle pattern was seen in Ethereum in most part of the first half of  the year 2017.  The low of the triangle was around $175 while the highest price before the triangle was $420. After the breakout, ETH/USD has not looked back – making new highs. It rallied and peaked at $1430 this year. Will the same happen with LTC/USD and LTC/BTC? Let’s check the triangles first. 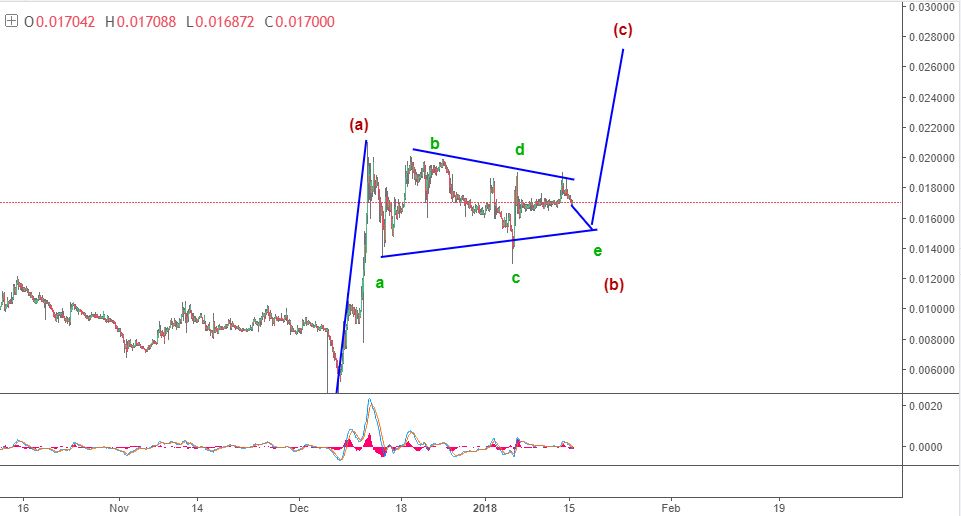 The chart above shows a triangle about to complete the last leg. The prevailing trend is bullish and this is expected to be followed by a breakout upside. If this pair rallies this way, it thus means that Bitcoin could drop further to $8000-$9000 or Litecoin will have a strong bullish move. Let’s check LTC/USD below. 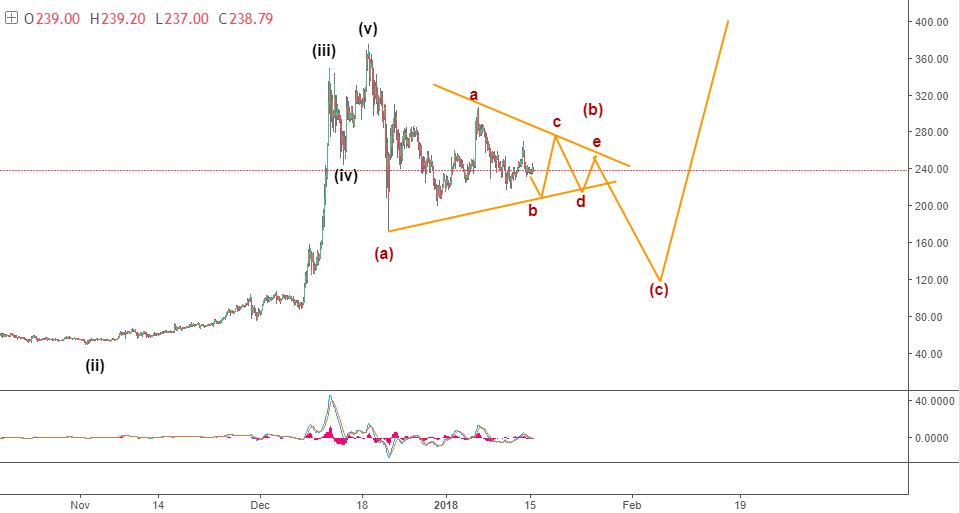 The chart above also shows a triangle pattern. The pattern was labelled wave (b) of a 3-wave correction that could complete at $120 before the rally resumes. It should be noted also that, like LTC/BTC, the major trend before the triangle is bullish. A 3-wave dip may not happen to $120 unless there is a good breakout downside. If we can use LTC/BTC as a parameter, then we could say that price has a higher chance of breaking upside. Similar pattern was seen on Ripple at the first days of this year. The breakout eventually happened upside. Will this case be the same?