IOTA has been on a bearish run in the last two weeks. Will price dig deeper? The following 15-17 January IOTA price prediction looks at IOTA/USD and IOTA/BTC Forecast. 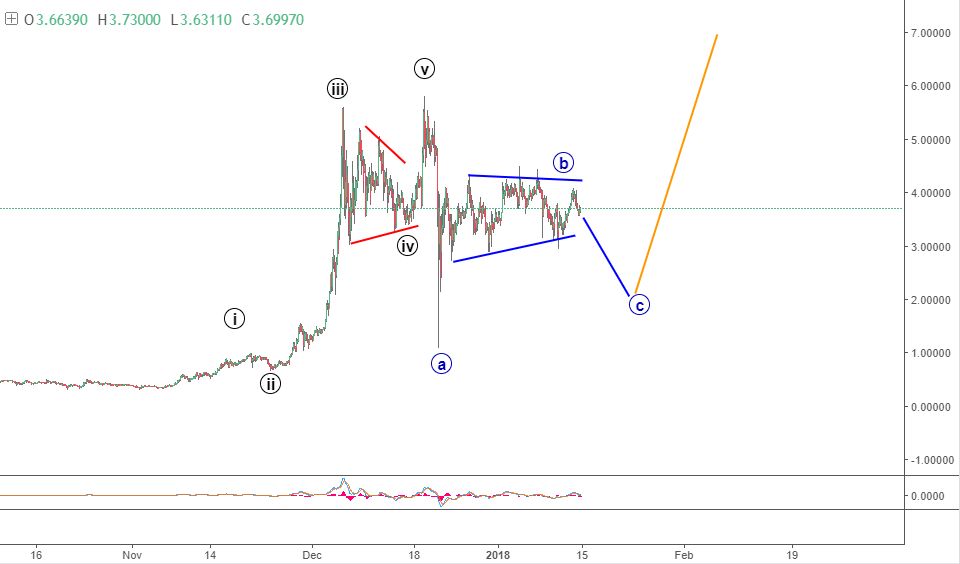 Since the last week of December till now, price has been confined in a triangle pattern. Triangle patterns are often known as continuation patterns. Price is in a corrective state and could continue once there is a breakout below the triangle. A strong dip to $1 is likely in the coming weeks. What about IOTA/BTC? 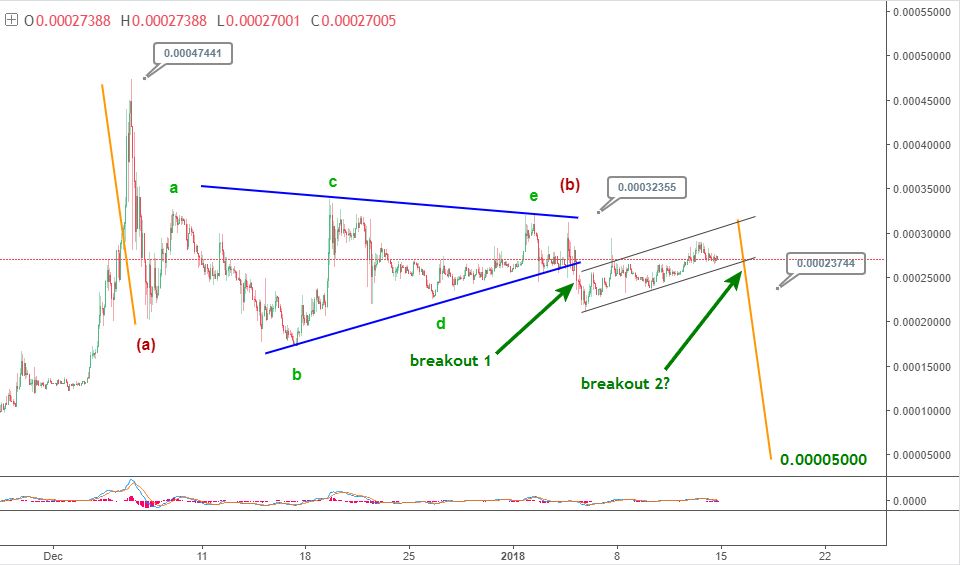 Just like in IOTA/USD, price has been in a sideway pattern – triangle. The triangle had a breakout downside but quickly went in a channel-like range. The second breakout – breakout below the channel downside- could lead price to 0.00015 or lower to 0.00005. With these two IOTA pairs pointing down, the short and medium term seems to point downside.

As the Internet-of-Things keep expanding, the need for interoperability and sharing of resources become a necessity. IOTA enables companies to explore new business-2-business models by making every technological resource a potential service to be traded on an open market in real time, with no fees.