Ethereum has gained about 28% following Thursday Crypto bullish spike. Which levels are there to watch out for. The following 15-17 April Ethereum price prediction looks at ETHUSD based on Elliott wave theory.

15 April, AtoZForex – This month has seen the major Cryptos making a bullish recovery. Just like XRP, LTC and BTC, Ethereum has gained since it bottomed at $360 at the beginning of the month. It has gained 28% so far since 1st April. This gain was further enhanced by Thursday bullish spike seen across. It’s also noted the Ethereum is among the biggest gainers since the beginning of April. Will this move continue?

In the previous updates, we had two important support levels to watch out for – $450 and $120. If $450 was bridged, the next level would be $120. In the last days in March, $450 was bridged, so we looked at the possibility of further drops to $120. If there was no more bearish momentum, price could still rally above $450 as this level was also a former support turned resistance. 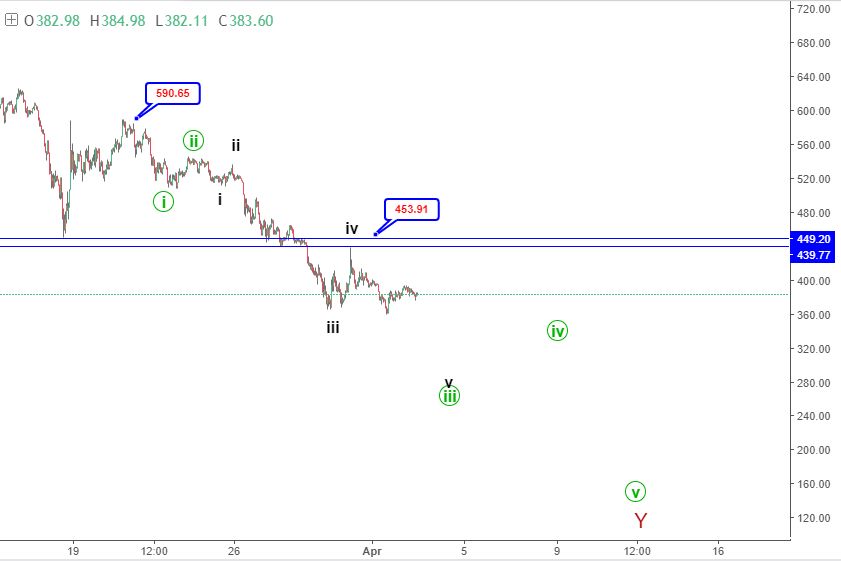 The close resistance levels are $450 and $590. Only a strong break above these levels could change the bearish tone. The bearish move is expected to continue to $120 target.

Price didn’t go deeper but broke above $450 and set up a bullish move which could continue further. This shows that $450 is a very important price level. Currently ETHUSD trades at $515. There could be a drop to $450 in the coming days before the rally gets bigger.

15-17 April Ethereum price prediction : what next? 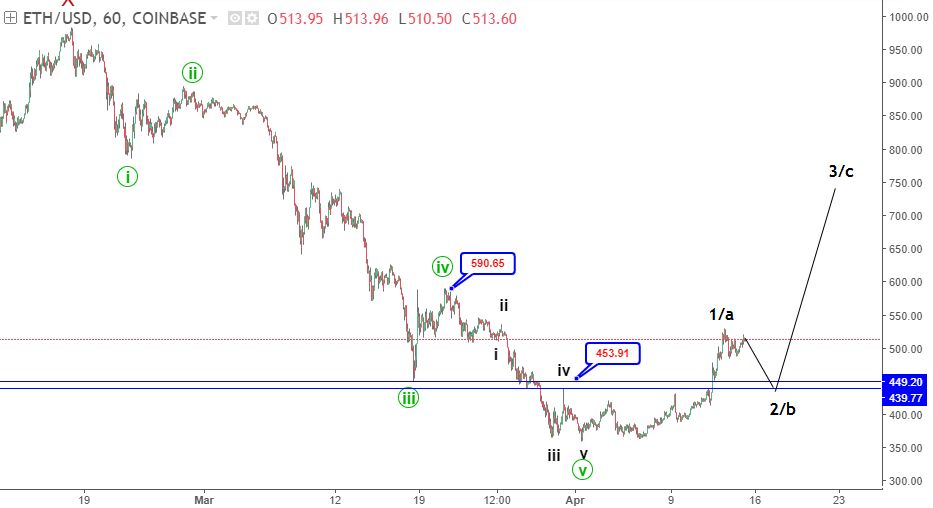 I think price might still rally further after a little intraday bearish correction around $450. The next bullish target is at $590 and then $750. This could happen if the bullish momentum continues in the coming days. Buyers should be wary of a strong dip below $400 as this could lead to price dropping below $390 to $250. Stay tuned for the next update.