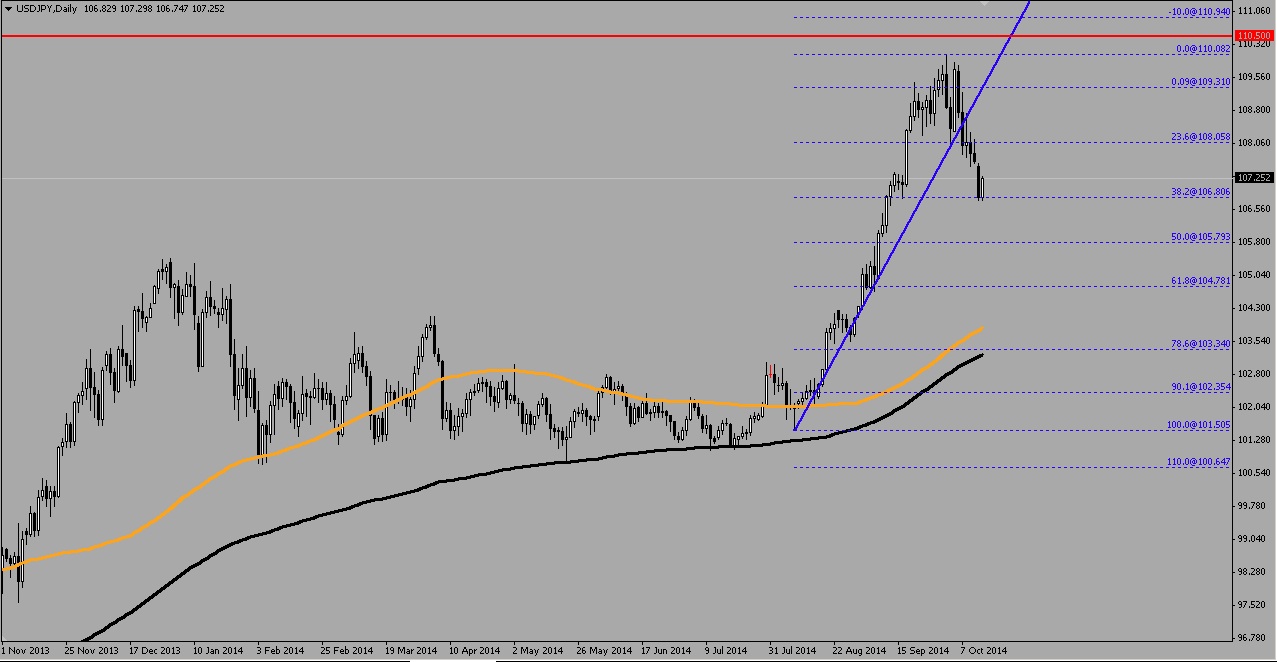 USD/JPY fell short of breaking below 106.8 on the daily charts, just as the 38.2% of the fibonacci uptrend retracement level is. 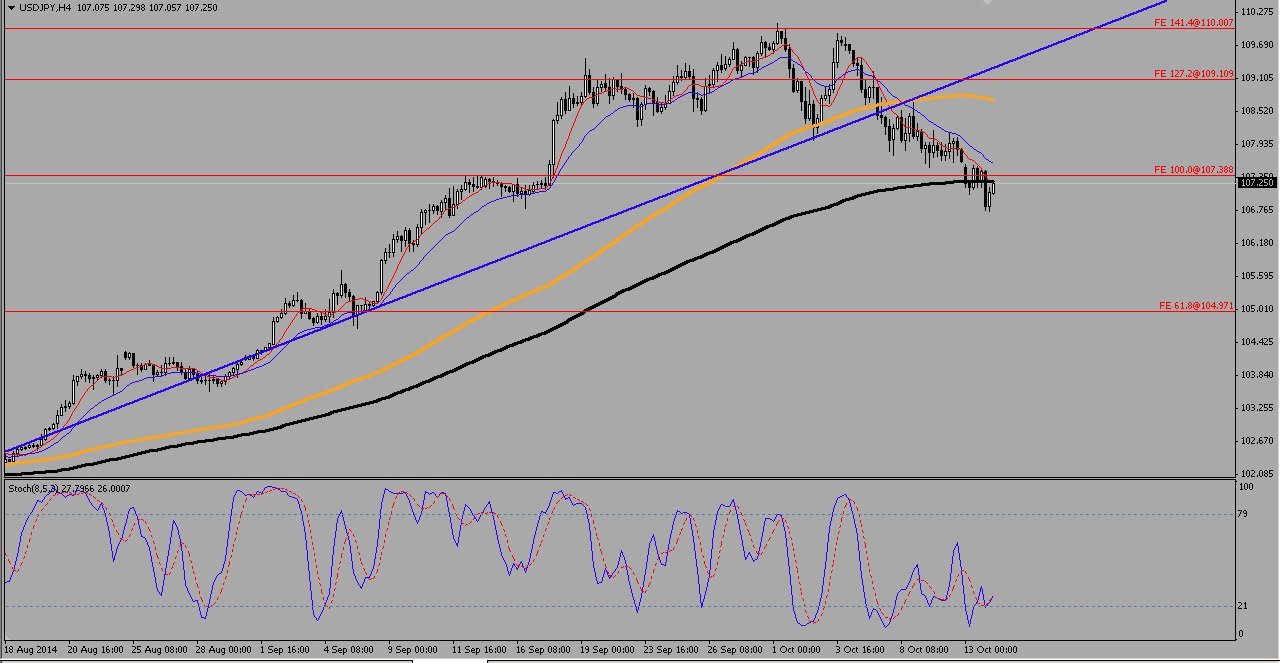 A long awaited break below the 200 moving average on the H4 charts for bears? 107.38 as the closest resistance to break, exercise caution. 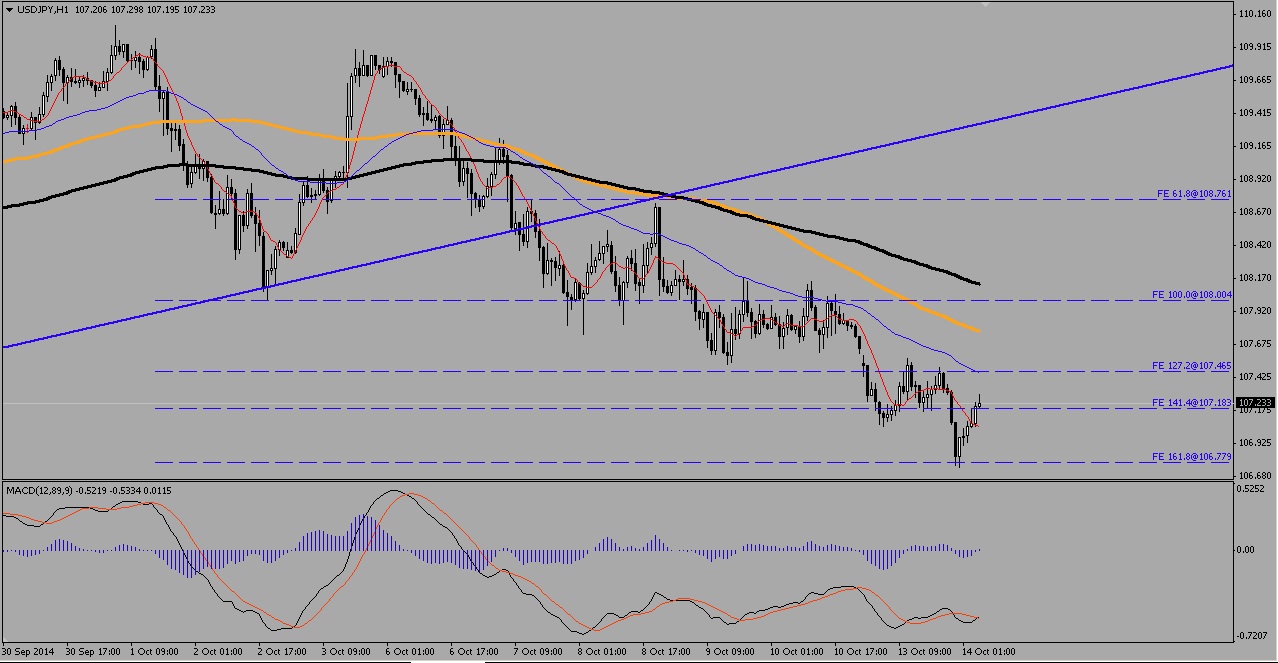 106.78 as the Fibonacci extension downtrend support analysis. A failure to break above 107.4 and the continued bearish signal from the Traditional MACD will likely see the pair fall below 106.8

Dollar rebounds from month low as investors favour holding U.S dollar backed assets with view on higher rates in the horizon. The Fed’s concern over lowering estimates for the U.S economy on the back of the IMF’s cautious approach to 2015 global growth has seen the dollar decline against the Yen from above 109 to the lowest of 106.7 at yesterday’s close. There have been other indicators that the Dollar has fallen too fast and USD/JPY is now at the support zone seen in the week of 12-16 of September 2014 which then went up to 108.