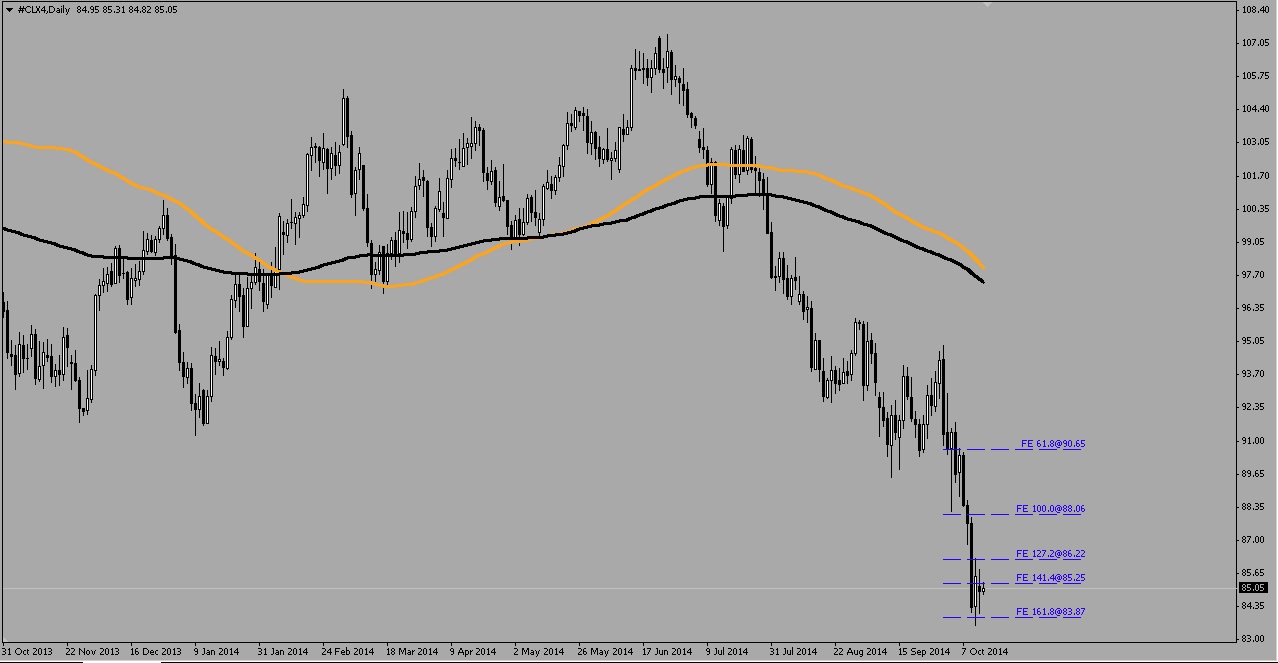 Light Crude Oil futures reversed at 85.9 from yesterday’s high and looks to continue its slide 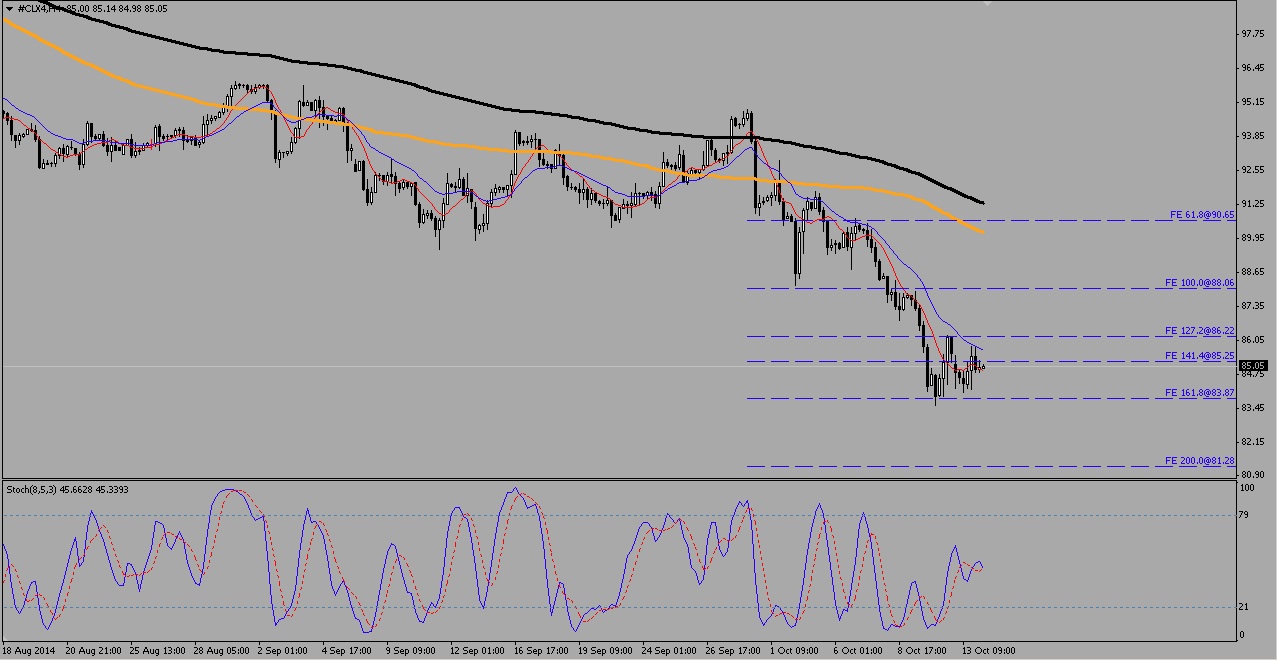 A higher low looks likely to see a retracement in the range of the 8 and 20 moving averages, resistance at 86.2 likely to see further drops 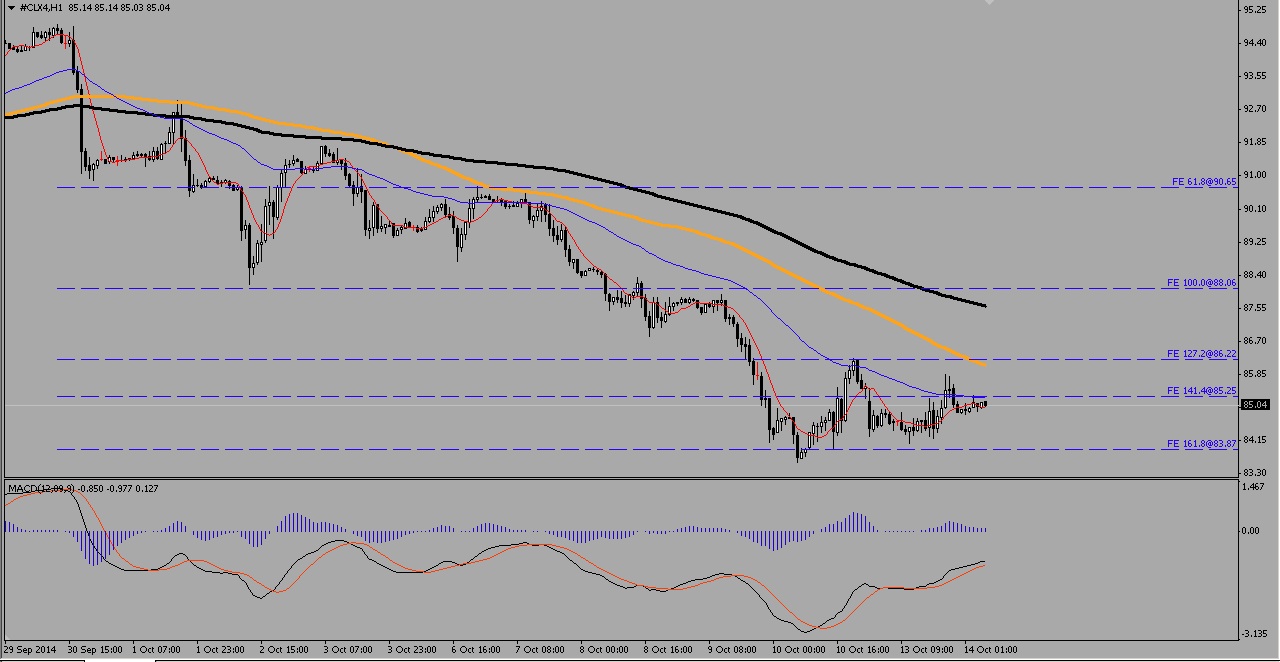 Lower highs in sight as selling activity is likely once 85.25 is resisted for today.

Consumers in the U.S are in for more savings as they start to reap the rewards of the shale boom through low gasoline prices. The catch? This might be serious trouble for many oil producers many of whom are laden with debt.

In a way, oil companies in the U.S. are perpetuating a possible crash in oil prices by continuing to drill and push up U.S. oil production to its fastest pace ever. Rather than pulling back to dwindle the surplus in the market to try and boost prices, drillers are instead operating at full capacity and pumping oil as fast as they can.

Hedge funds and other large speculators reduced long positions on West Texas Intermediate (WTI) crude by 4.8 percent in the seven days ending last Tuesday. The U.S. Commodity Futures Trading Commission data showed short positions climbed by 8 percent, the most in almost a month, as stockpiles rise and there is not increase in demand.

Technical analysis shows more consolidation recently as 85-86 nears for sellers to reenter for prices lower than the lowest of 83.4 this year