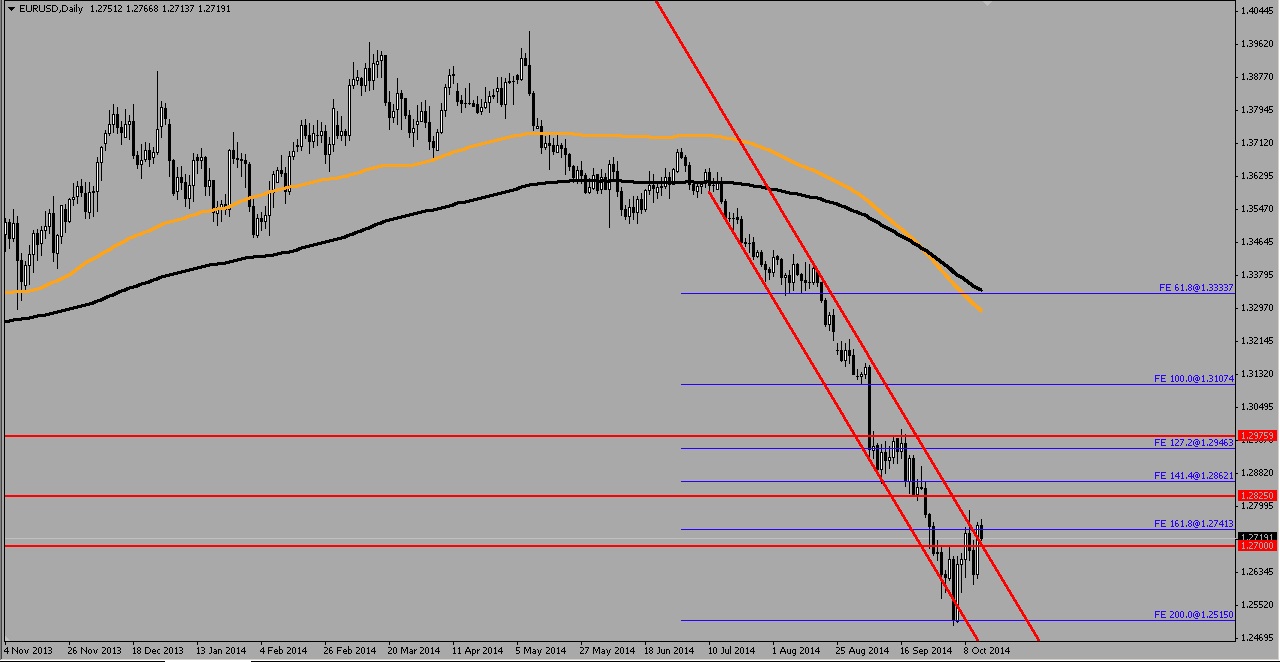 Euro fails to trade lower from the psychological price of 1.2600 against the U.S dollar in yesterday’s trading, reattaining the high of last Wednesday at 1.275 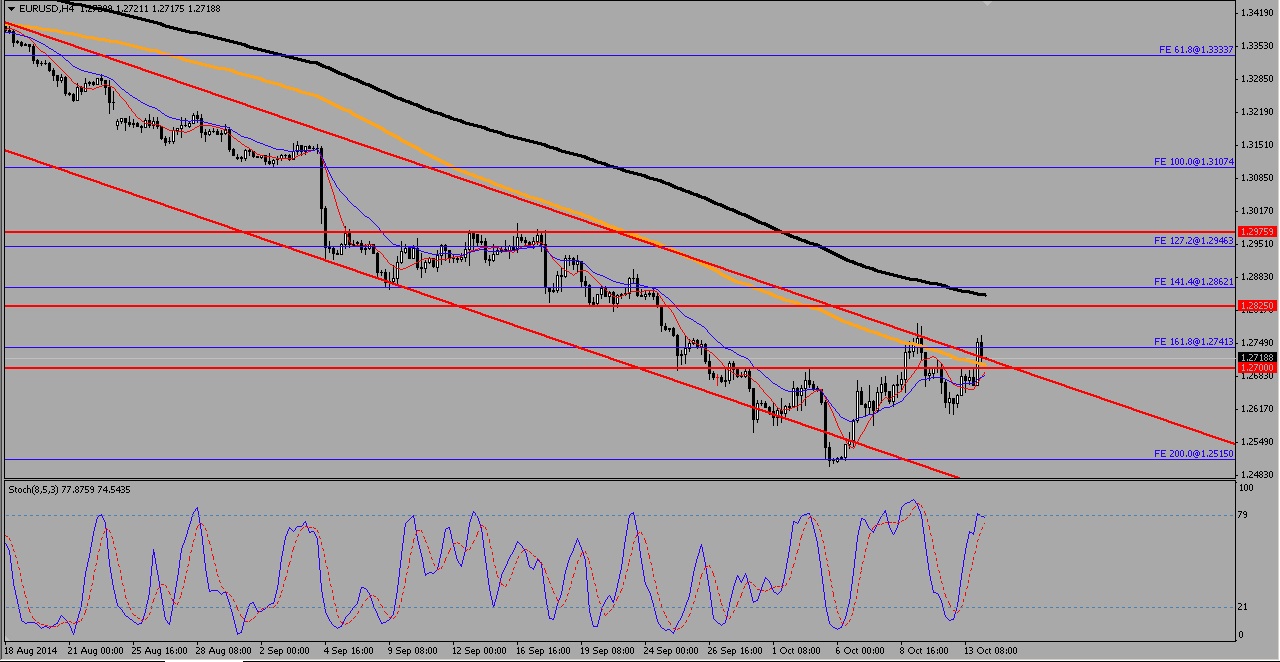 The bullish day still fails to trade above the bearish downtrend channel and closest support 1.2700 will be the next barrier for intraday direction decision 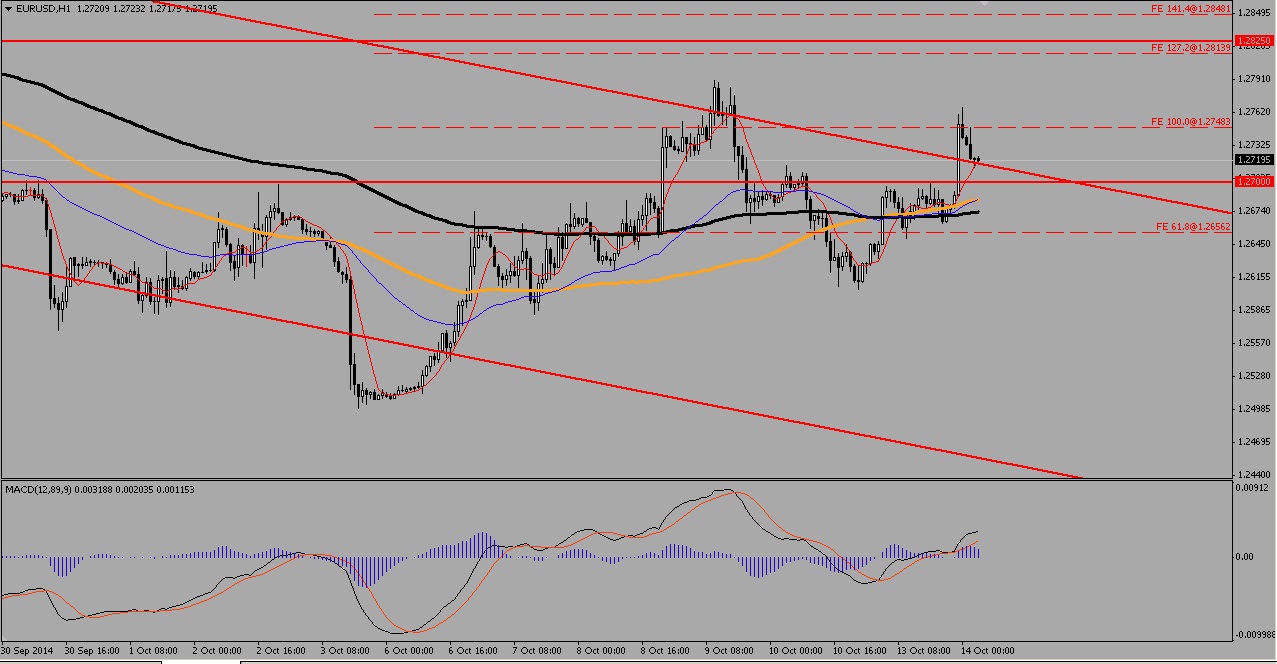 The moving averages are trading below the candle movements as Traditional MACD shows a weak bullish strength at time of writing.

The markets are expected to be slow today as the German ZEW Economic Sentiment and the ECOFIN meetings will be released later today. The month to month change of the industrial production is estimated to fall by 1.5% and this is in line with the IMF global forecast of a slowdown in global growth which does not bode well for the Euro. The fear of potentially lower interest rates is also lowering demand for German, French and Italian bonds by the Japanese as they sold them in favour of U.S Treasuries as the Fed looks to end its asset purchase program this month, with speculation over the actual timeline of the rate increase to be somewhere in the 2nd half of 2015.

Technical analysis on the H4 charts shows the lack of bullish momentum as candles retest the 104 moving average and the downtrend channel failing to break ranks. Looks more of a clear downtrend with weaker bullish retracements. Do look out for 1.2700 for intraday movements, failing which a lower – high formation may coincide with more selling action as Euro loses its appeal with impending easing measures and possibly lower rates.