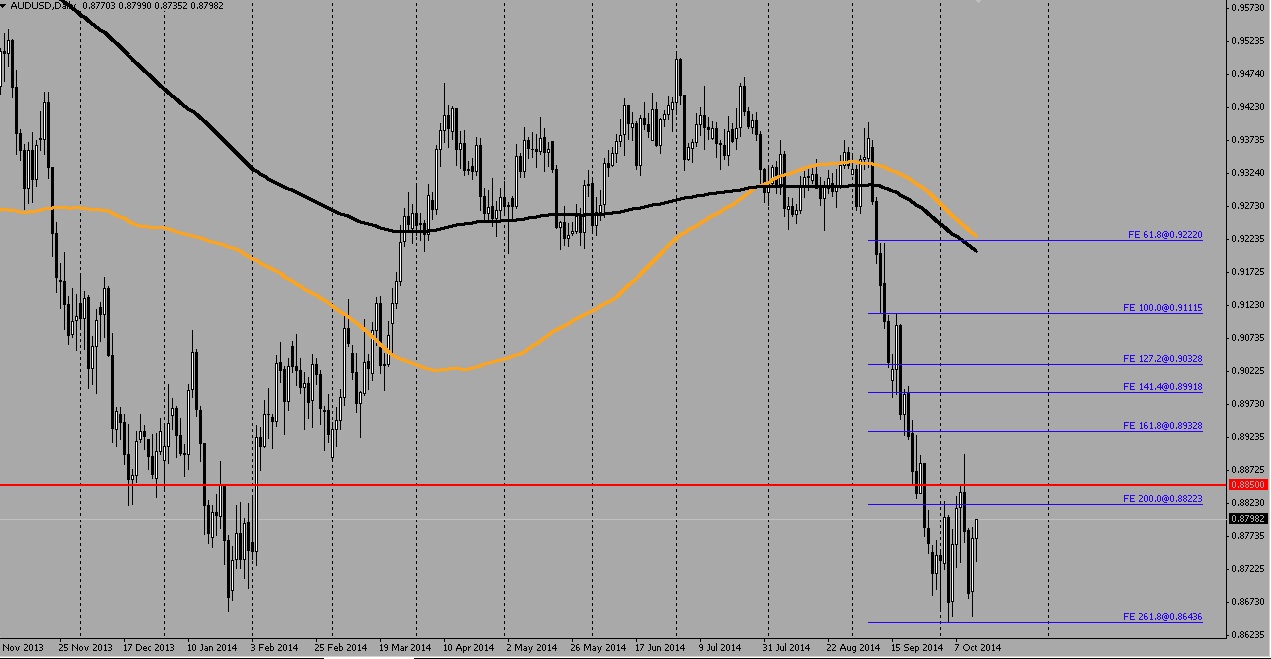 Australian dollar rebounded off the yearly low at 0.865 before ending the day just below 0.877 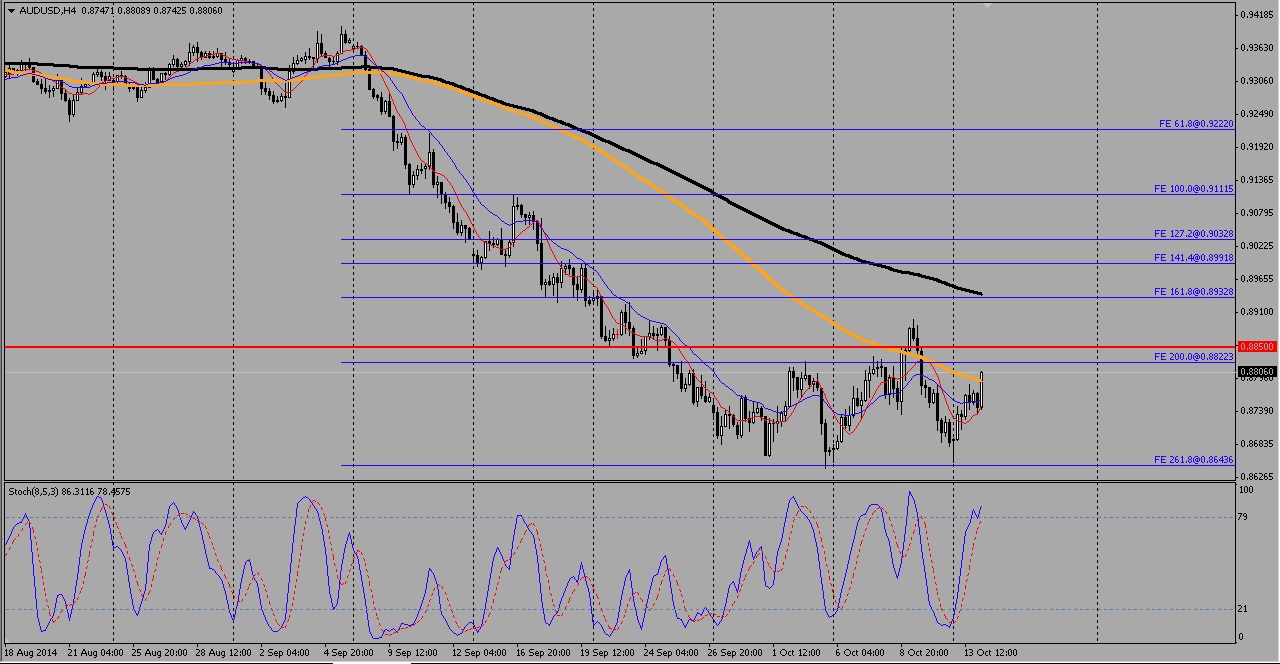 0.882 is the median resistance on the H4 charts as the Stochastics shows a rise into an overbought signal 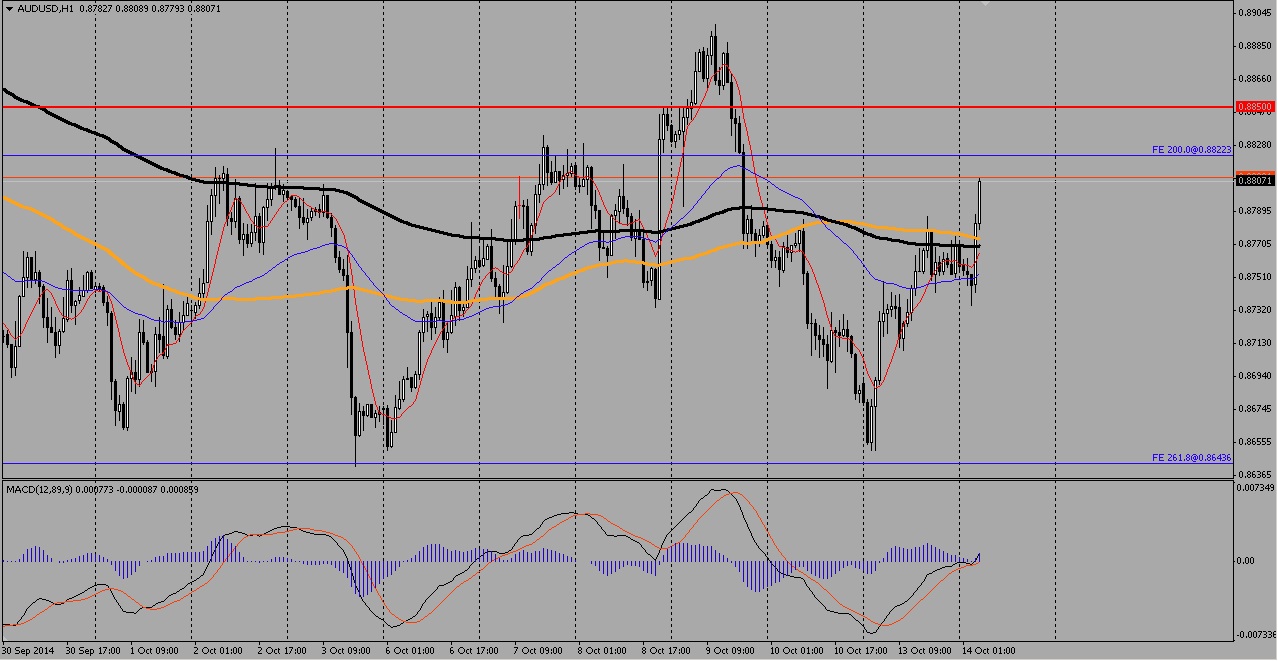 Assistant Governor Guy Debelle of the Reserve Bank of Australia Assistant Governor said the currency remains overvalued by most measures. He added that a lower exchange rate will help in achieving the balanced growth in the economy. China’s trade balance fell to the lowest since July but still a relatively positive sign as the Australian dollar bounced off the support of October’s low at 0.865 towards minor resistance at 0.877.