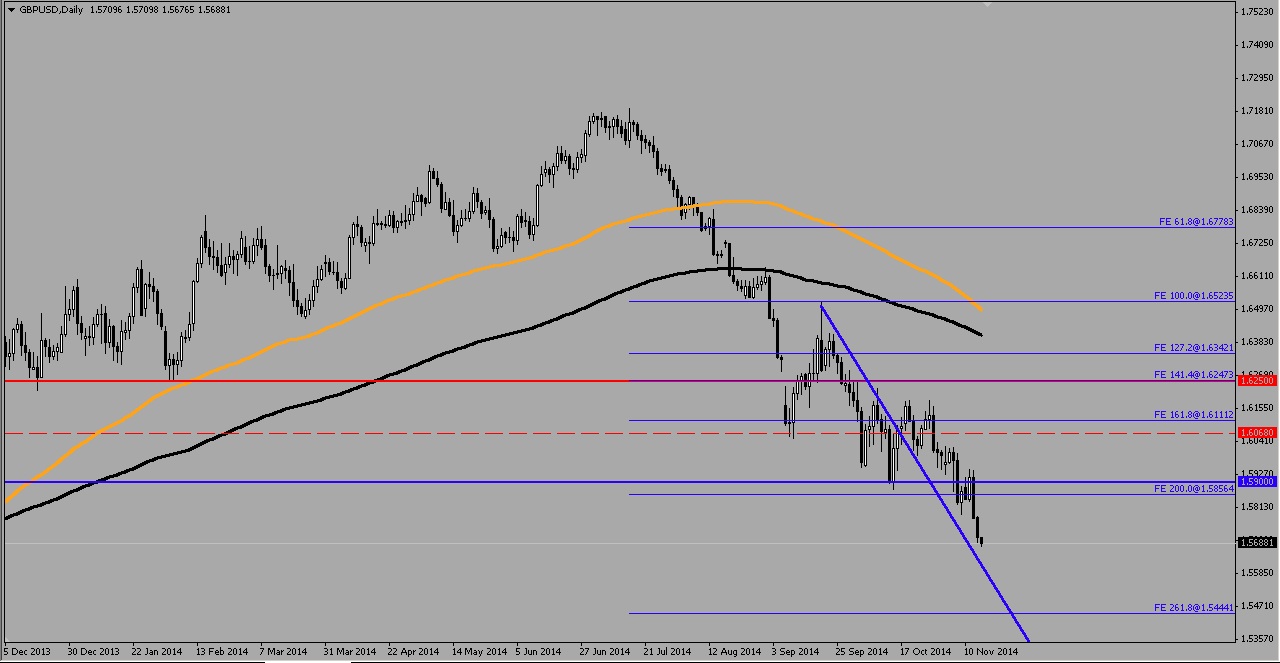 Cable tumbles below 1.577 support and attains the lowest in 14 months 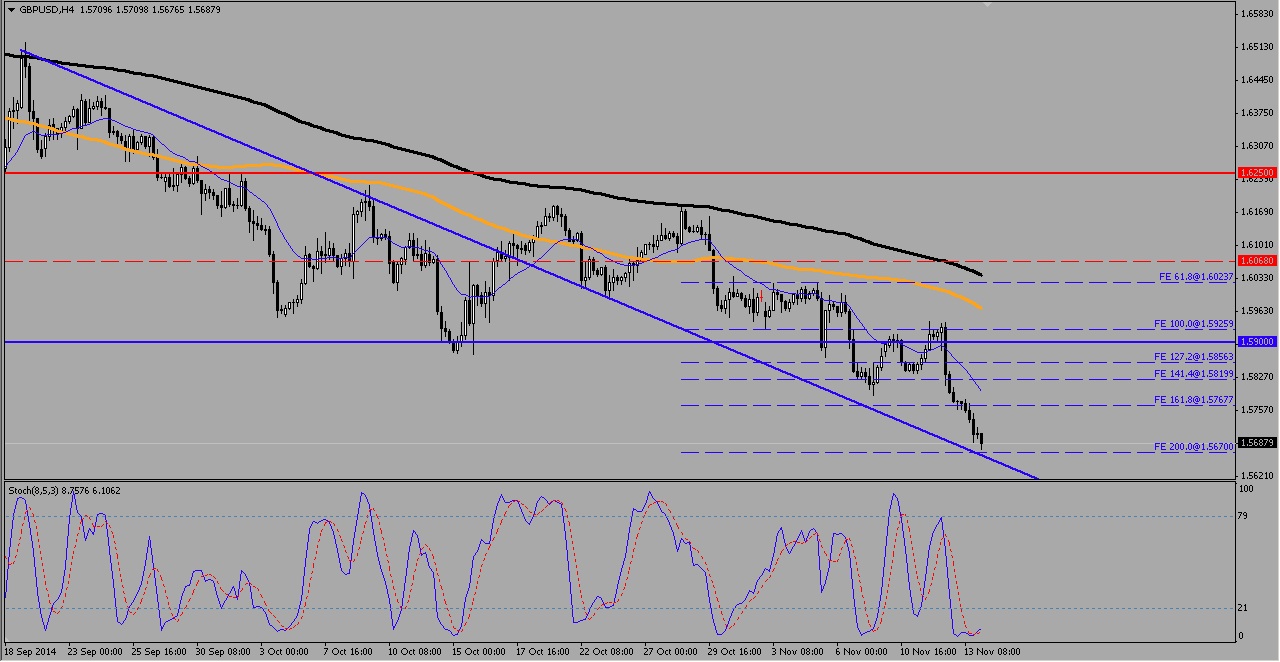 1.567 support is up next as the downtrend resistance line turns into potential support for a rebound for Cable? 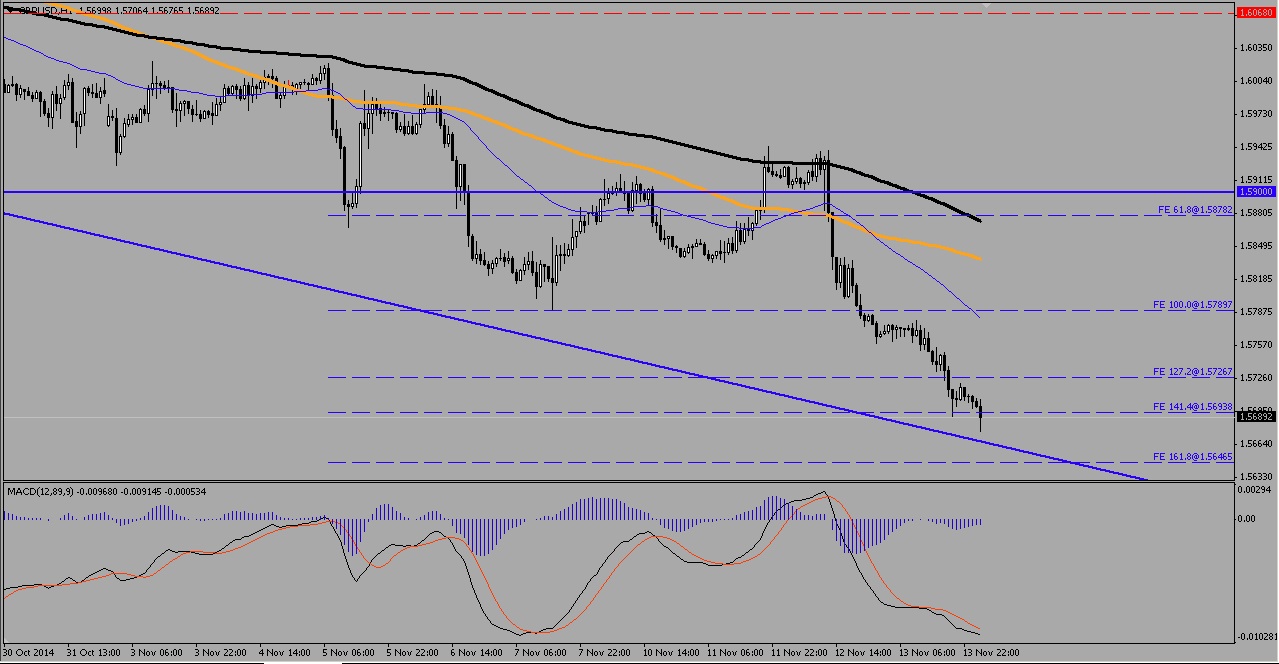 Traditional MACD remains bearish as the moving averages dip alongside the falling GBP/USD, breaking below 1.5700 we can see 1.5646 up next for technical support

A lower low was formed as Sterling fell against all its major counterparts for a second consecutive day after the average earnings data was countered by a dramatic cut in growth and inflation forecasts.

The Bank of England warned that the inflation rate is likely to fall below 1% within 6 months and that it expects inflation to stay below the 2% target for the next three years. Growth forecasts were cut due to the slowdown in the European economy.Markets responded by assuming that the BoE is likely to hold off raising rates ahead of the general election next May. The UK’s unemployment rate remained unchanged at 6.0% in October, its lowest level since September 2008.

Rebounds are to be anticipated at 1.5647 after the 1.577 and 1.57 supports are breached, and a return to 1.579 would be a likely continuation for bearish entries should resistance occur.