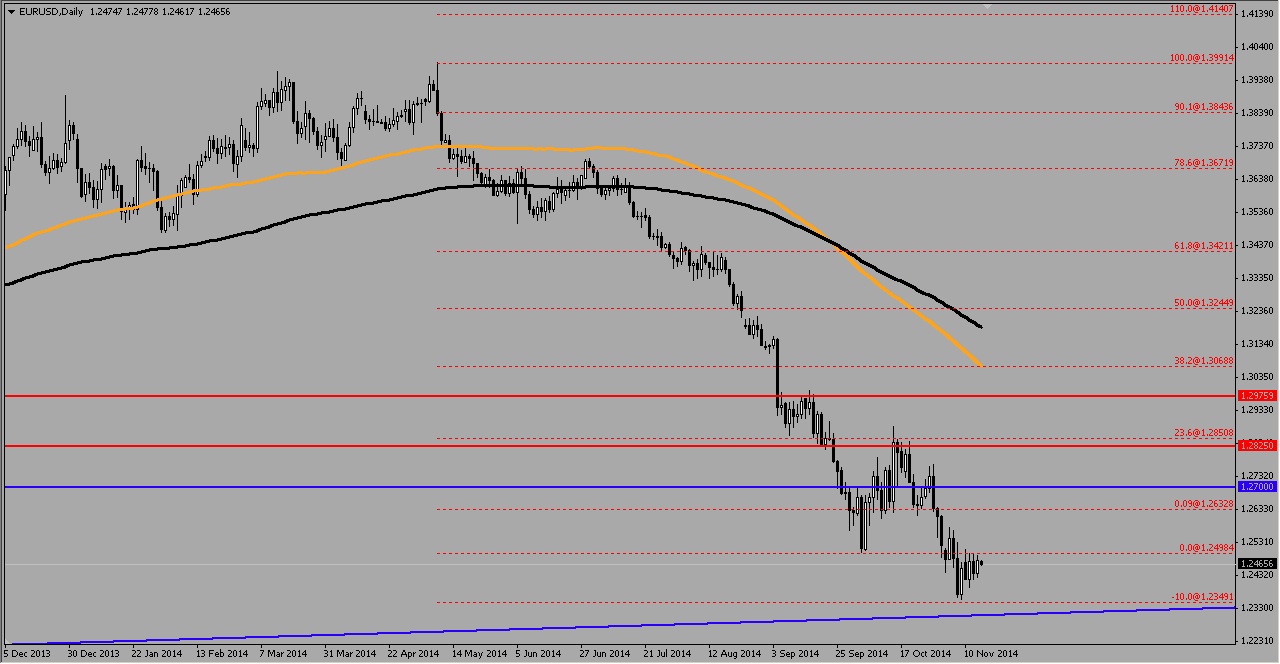 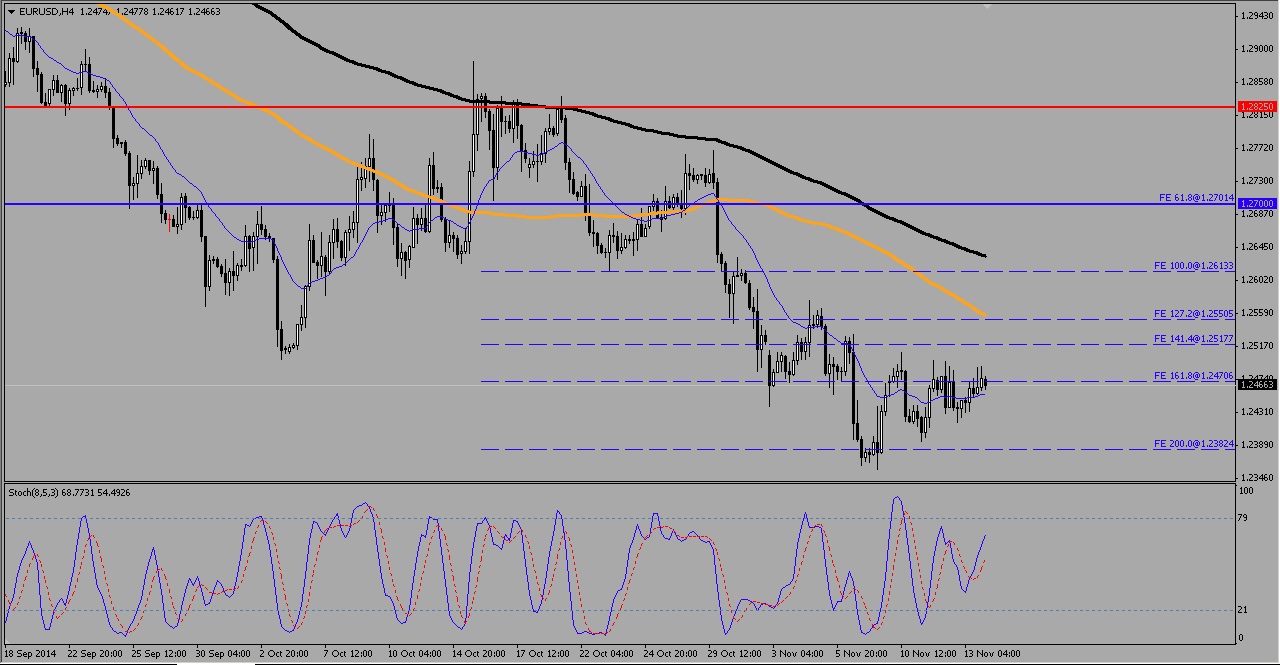 With the candles trading slightly lower than the 161.8% Fibonacci Expansion level of the downtrend, 1.247 remains the resistance of the day 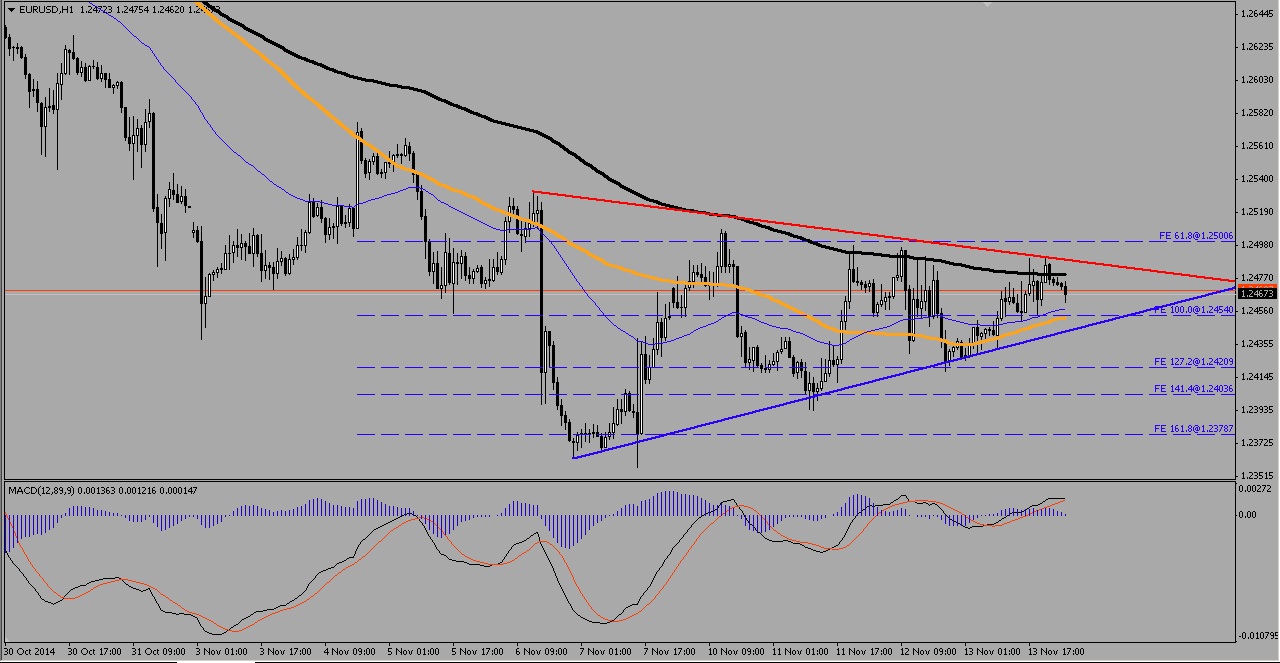 On the hourly charts there is a formation of a symmetrical triangle and prone to breakout of the range in a decisive trend. The MACD and moving averages appear to converge on bullish momentum at the time of writing.

The Euro movement has seen it retest the 1.2500 range a few times now and with the moving averages turning upslope the signs of a bullish breakout remain favourable. Bearing in mind the Prelim GDP quarter on quarter data to be released later today, as well as the Final Core and Core CPI year on year change, may set the tone for the pair at the end of this trading week. Buyers of the dollar on the bullish outlook has reached an all time high and should likely see some profit taking towards the end of the week, but that does not prevent the sentiment of a stronger dollar in weeks to come to strengthen. U.S unemployment claims last night rose above expectations but did not influence the market as much as it is capable of.