Ripple in the last week was on a bearish run after it appeared a break above $4 would happen in the previous week. Will price resume upside or the dip will continue. The following 14-17 January Ripple price prediction  looks at the two most traded Ripple pairs - XRP/USD and XRP/BTC.

14 January, AtoZForex  -  Ripple continued the bearish run today after a small bullish recovery yesterday. Price rallied slightly above $2 before dropping below it in less than 24 hours. In the last 24 hours Ripple dropped 8.15% against Dollar to trade at $1.83 and dropped 2.72% against BTC to trade at 0.00013597. Ripple still remains the 3rd most traded coin despite losing 45% of its market cap in less than 2 weeks. Ripple's volume of trade is around $1.8 biillion after consistent drops last week. 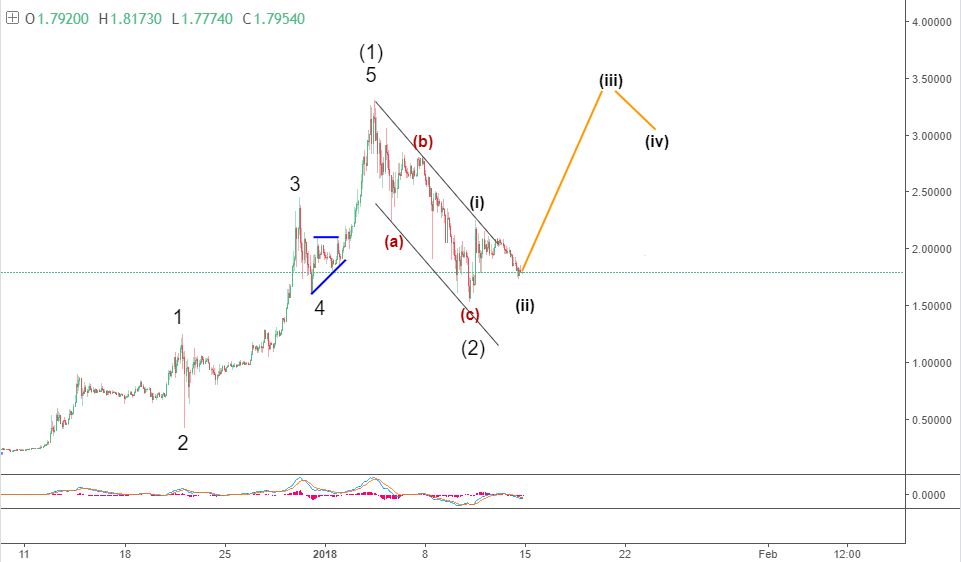 Price was once around $4 before a fast drop followed. Since last December bullish breakout, price has completed an impulse wave which meant that a bearish correction was to follow. According to the Elliott wave theory, price trends in 5-waves and corrects in 3-waves.  Isn't what we are having now - a 3-wave dip that usually follows an impulse wave? We should expect price to resume upside this week by first break above $2. The more price stays below $2, the deeper the correction could go. Basically, a price move above wave (i) top could lead to a strong bullish move and send price upside again. 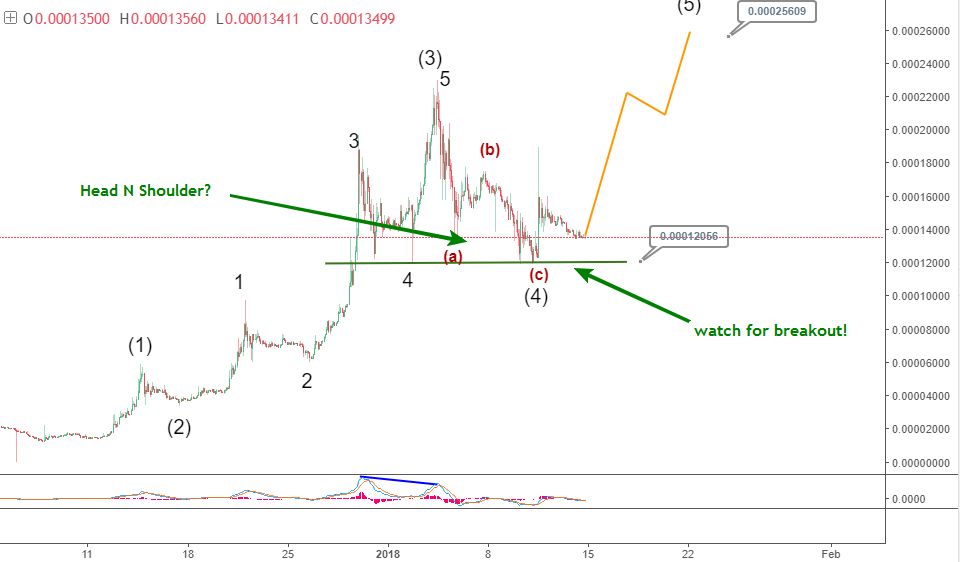 Just like XRP/USD, XRP/BTC is also making a 3-wave dip after a strong bullish impulse wave rally. In this case, price could be in the 4th wave which still stays above 0.00012056. A new 5-wave rally is possible to 0.000256 if the bearish nature of BTC persists and XRP improves. Alternatively, there is a possibility of a head and shoulder pattern which will be confirmed once price breaks below the 0.00012056 support.

In conclusion, Ripple has a higher chance of being bullish this week than not. We should expect some gain this week.