Ripple rallied to $0.7 following a strong BTC on Thursday. The following 14-16 April Ripple price prediction looks at XRPUSD based on Elliott wave theory.

14 April, AtoZForex  – The Crypto bullish spike on Thursday was felt across all the major coins. BTC gained above $1000 while XRP gained 20 cents (42%) to trade at 70 cents. XRPUSD opened at 47 cents this week and moved sideways in the following days until Thurday, when a bullish spike took price to 70 cent. Currently, XRP trades at 66 cent and if it stays like that till the end of the week, the earlier 45% gain could drop to 38% – still rounding up a positive week. Will this be sustained in the coming week?

In the previous updates, it was clear price was nearing a bottom. We had a long term bearish target at $0.2-0.4 after price showed a clear wave pattern. The bearish move was so strong. Though most technical analysis methods were pointing to price nearing a bottom, a strong bullish move is very important to lead the way upside. Has that happened already?

In the last update, we looked at a bearish impulsive wave about to complete the last leg. The chart below was used. 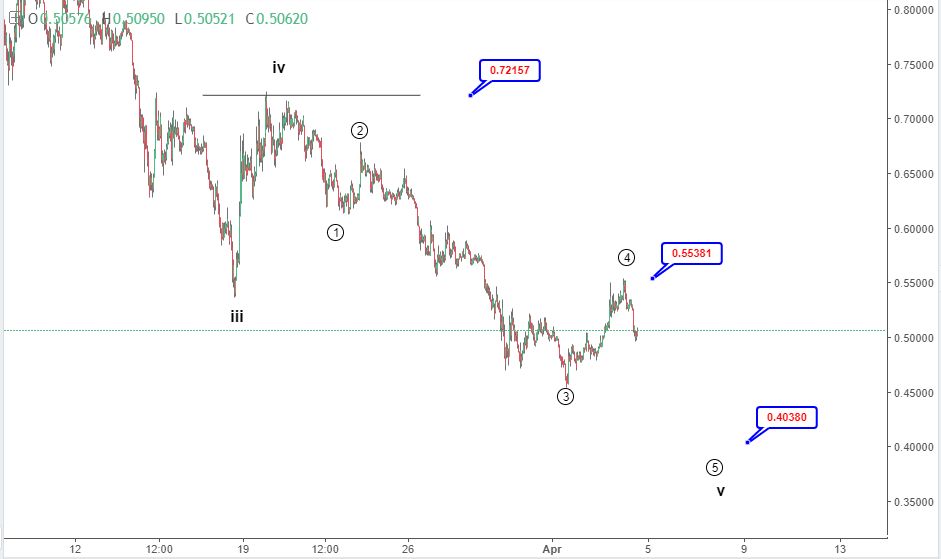 Price still stays below 0.72, wave iv top. The bearish move should continue to 0.4 bearish target and probably 0.2. It is at this zone we will know whether a bullish correction would take place. If price does respond as expected, a strong bullish recovery should follow at the end of the dip.

The dip continued as expected but ended at 45 cents before the bullish spike.

14-16 April Ripple price prediction: what next 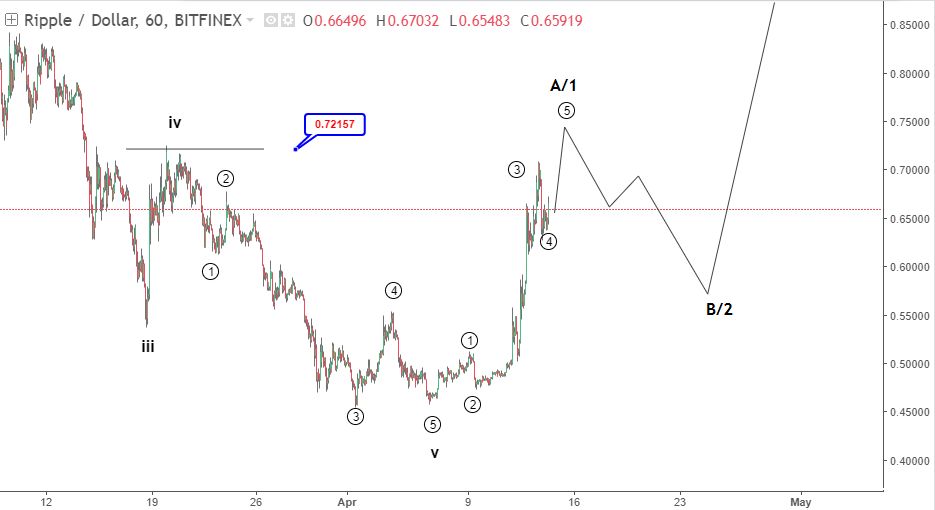 Once the sub-wave iv of wave 5 is taken out, price is believed to have confirmed the end of an impulse wave. Price already broke above 0.5538, so the impulse wave can be said to have completed. There is a strong likelihood of price rallying further in the coming days. Just like BTC is expected at $9000 and $11000, XRP could also be at 84 cents and $1 in the coming days. There may be a dip before the rally resumes.