Bitcoin rallied more than $1000 in about 1 hour on Thursday thereby bringing this week close to 18% gain. The following 14-16 April Bitcoin price prediction looks at BTCUSD based on Elliott wave theory.

14 April, AtoZForex  – Bitcoin spiked high on Thursday. The Cryptocurrency which was earlier trading at $6750 jumped above $8000 in just 1 hour and continued to $8250 before dropping to $8000 – the current price. If  this move is sustained, that could bring this week net gain to 18% or slightly more or less. BTC started the week below $7000 and even dropped as low as $6600 in the second day of the week. Price was sideways for the next two days before the Thursday spike to $8000.

Due to the bearish nature of the Crypto market, there seemed to be a lot of sellers who sold BTC expecting price to drop further below $6000. The sudden spike could have forced much of these sellers to buy back into the market to cover their short positions. Will the bullish move continue in the coming days?

In the last update, I expected BTC to drop below $6000 to complete a clear bearish impulse wave. A break below $6400 would have confirmed that. The chart below was used. 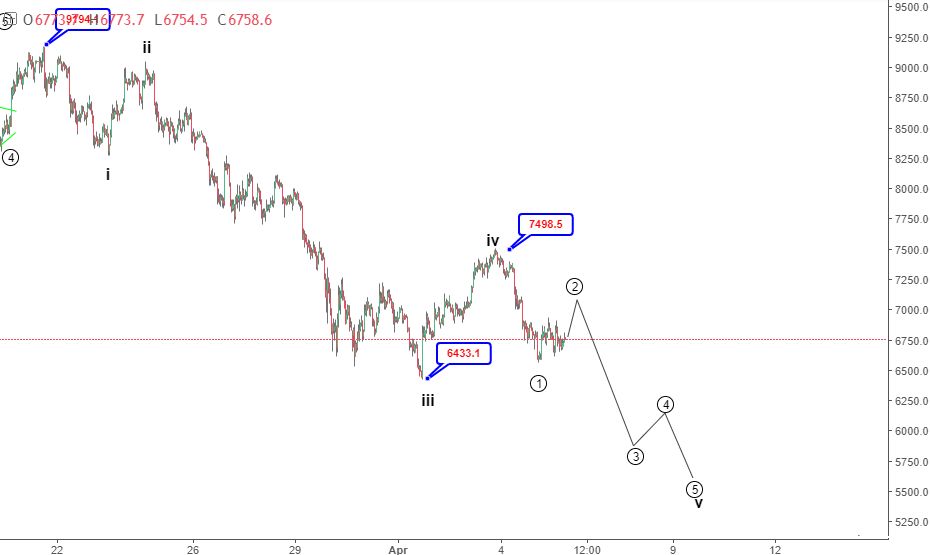 The following days, there was a small rally to complete sub-wave 2 (circled). The next dip was expected to break below $6400 but price stayed above and continued sideways in the next two days before the eventual rally to $8000. We will incorporate the new move into our wave count.

14-16 April Bitcoin price prediction : what next? 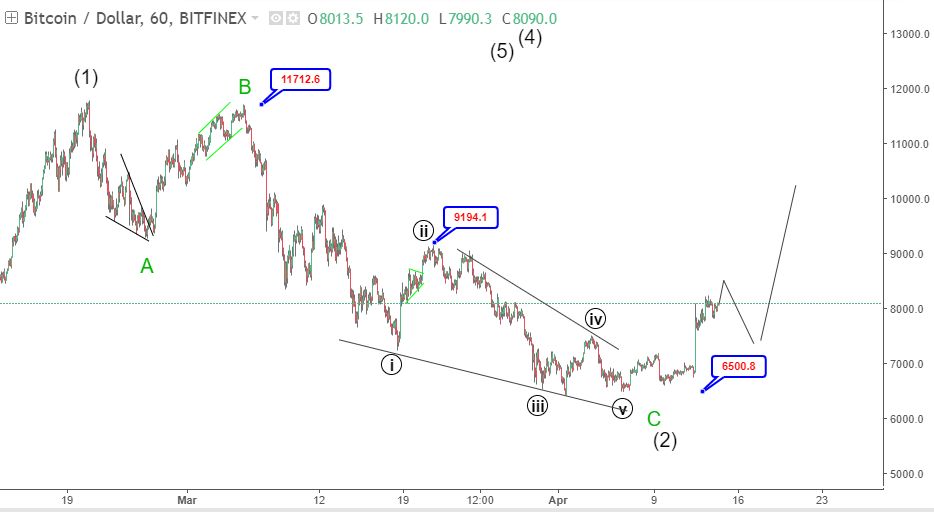 We have been expecting wave (2) to complete for some weeks and with this breakout, there could be something coming up. If the above wave count is correct, then we should expect price to rally further to $9000 and $11000 in the coming weeks. Further drop to $6500 could mean the bearish move will continue below $6000.