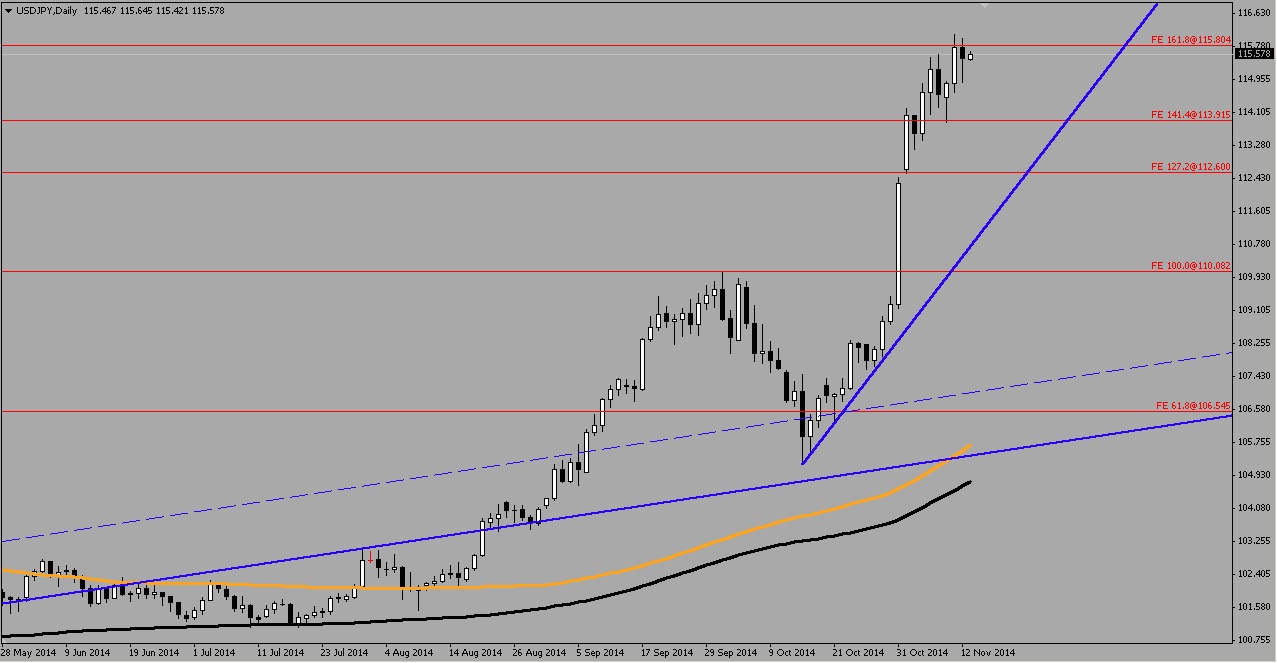 The Yen gained on the Dollar as the pair retreated from 116 high of 7 years to trade below 115.8 yesterday 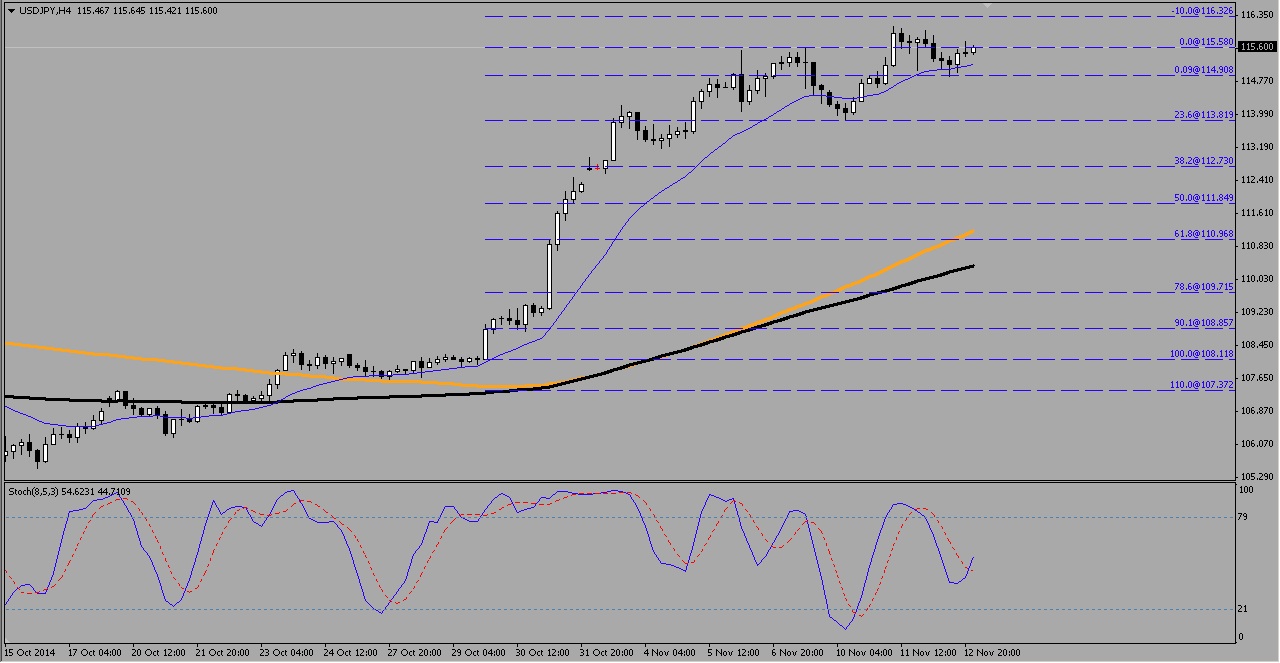 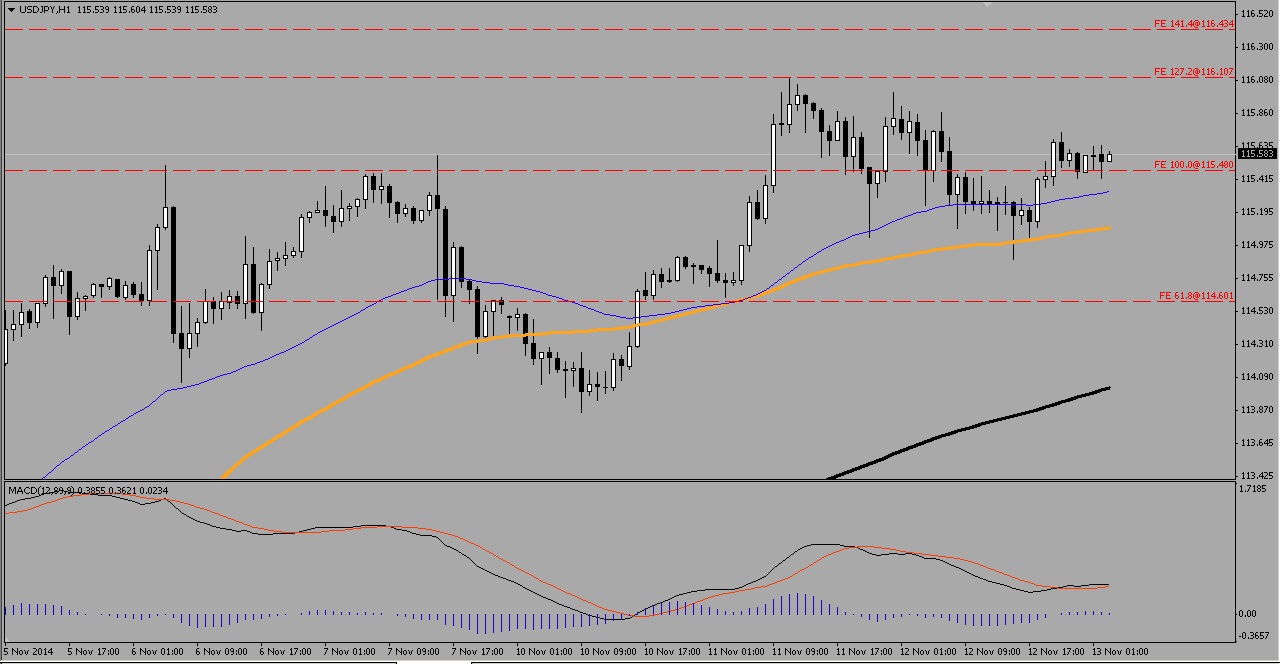 The dollar remains flat against the Euro but weaker against the Yen, the Australian and New Zealand dollar yesterday. USD/JPY retreats from 116  but remains above 115 as the speed after the BOJ announcement to increase stimulus for the Yen to weaken has been reduced.

Support at 114.6, 113.8 are likely to be the next support levels to be tested to verify the end of the retracements, before following the fundamentals to trade against the Yen.