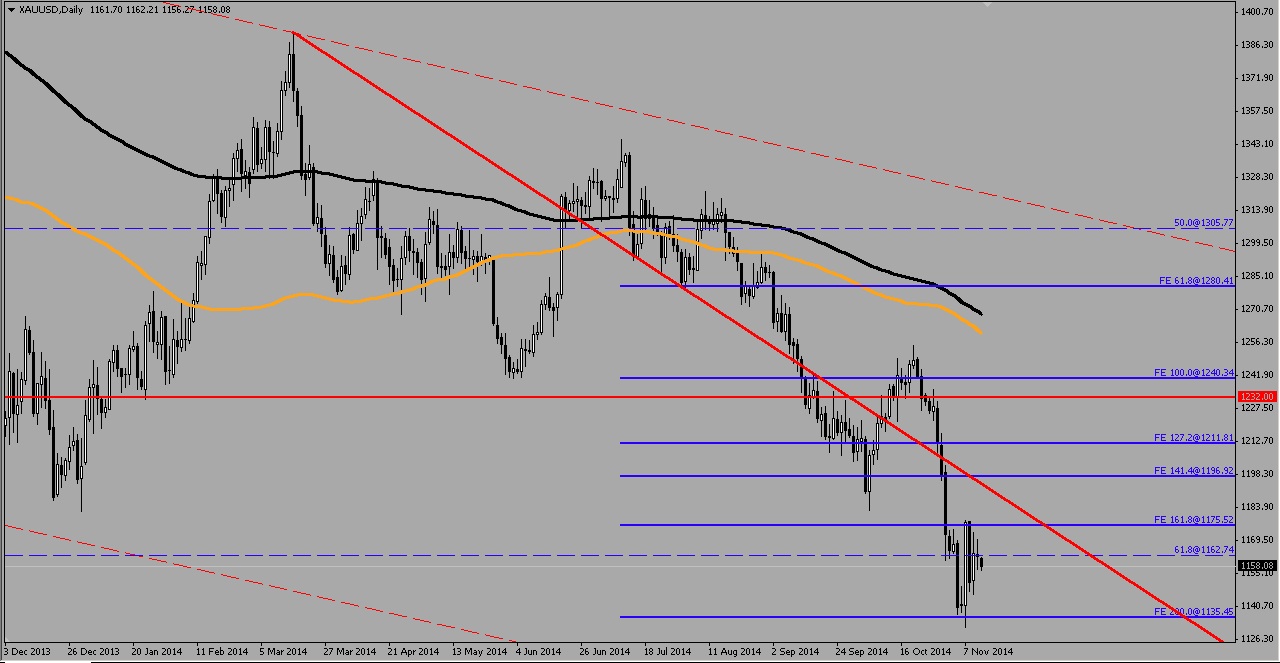 Gold prices formed a doji on the daily charts at 1162.74 on the uptrend Fibonacci retracement 61.8% 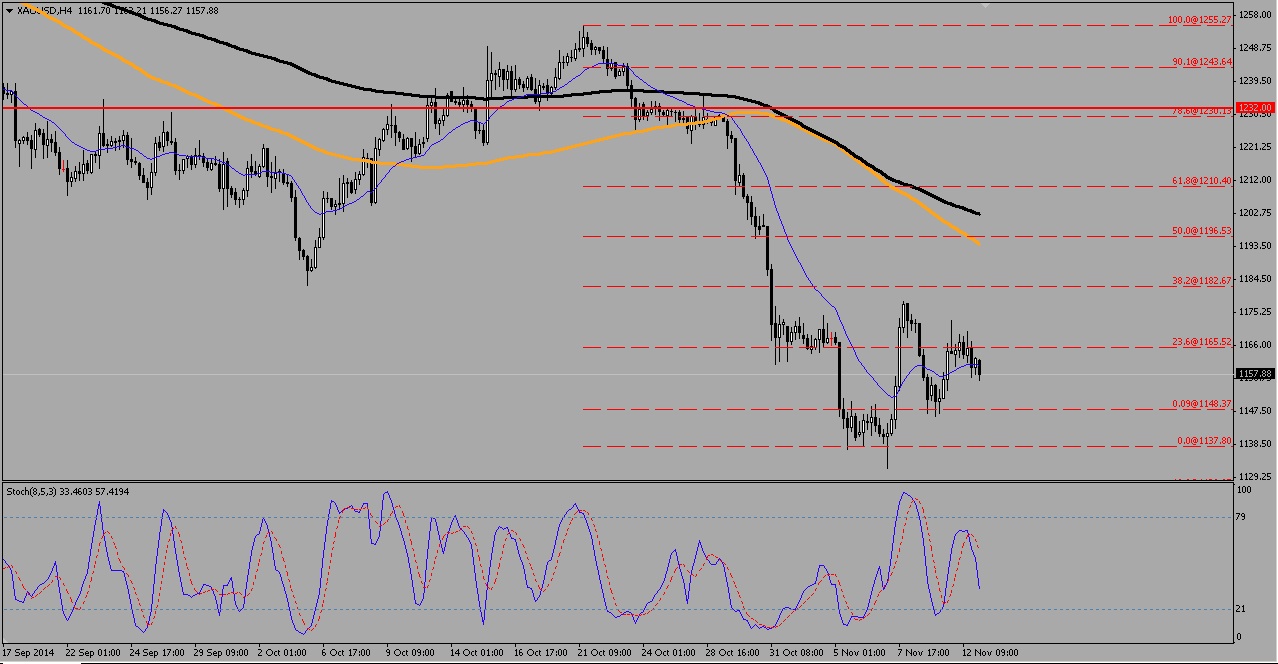 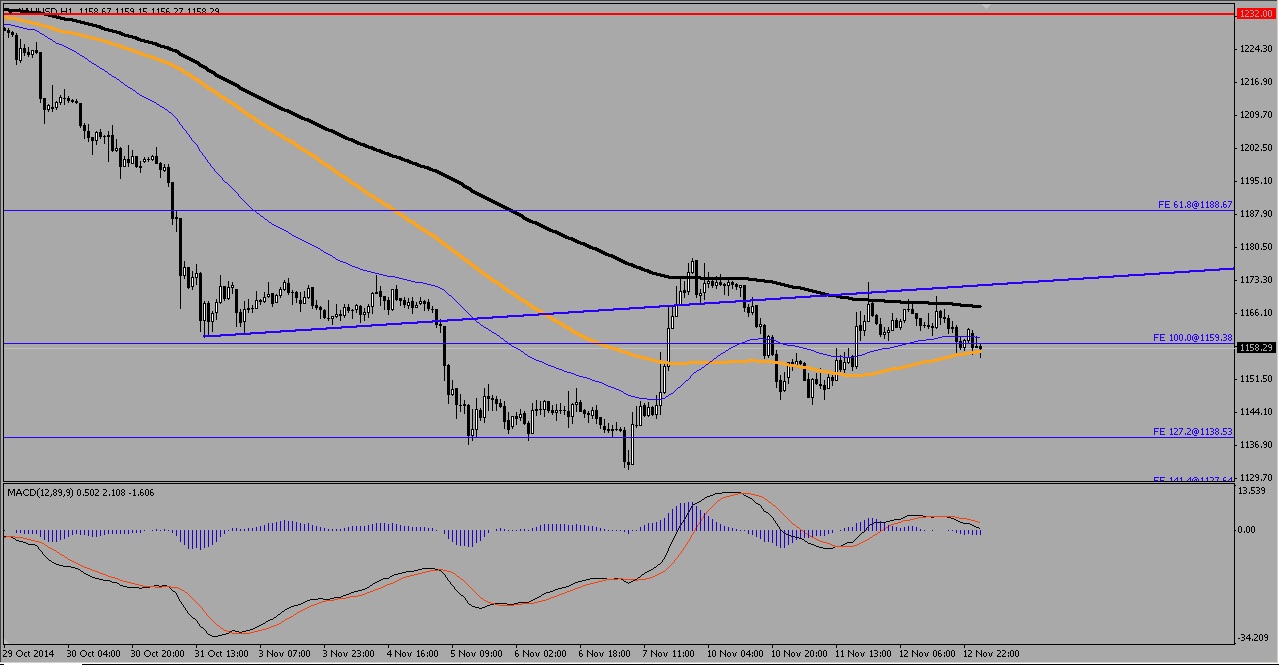 A weakening bullish trend saw another resistance at the 200 hourly moving average as the MACD moves lower into the bearish zone.

Dollar strength is subdued yesterday as gold prices traded generally sideways but saw resistance on the hourly charts to remain below 1175. U.S Labour Department’s Job Openings and Labour Turnover survey is expected later today after the U.S Unemployment claims which are expected to rise from the previous week’s figures, potentially raising gold prices as dollar sentiment continues to be cool.