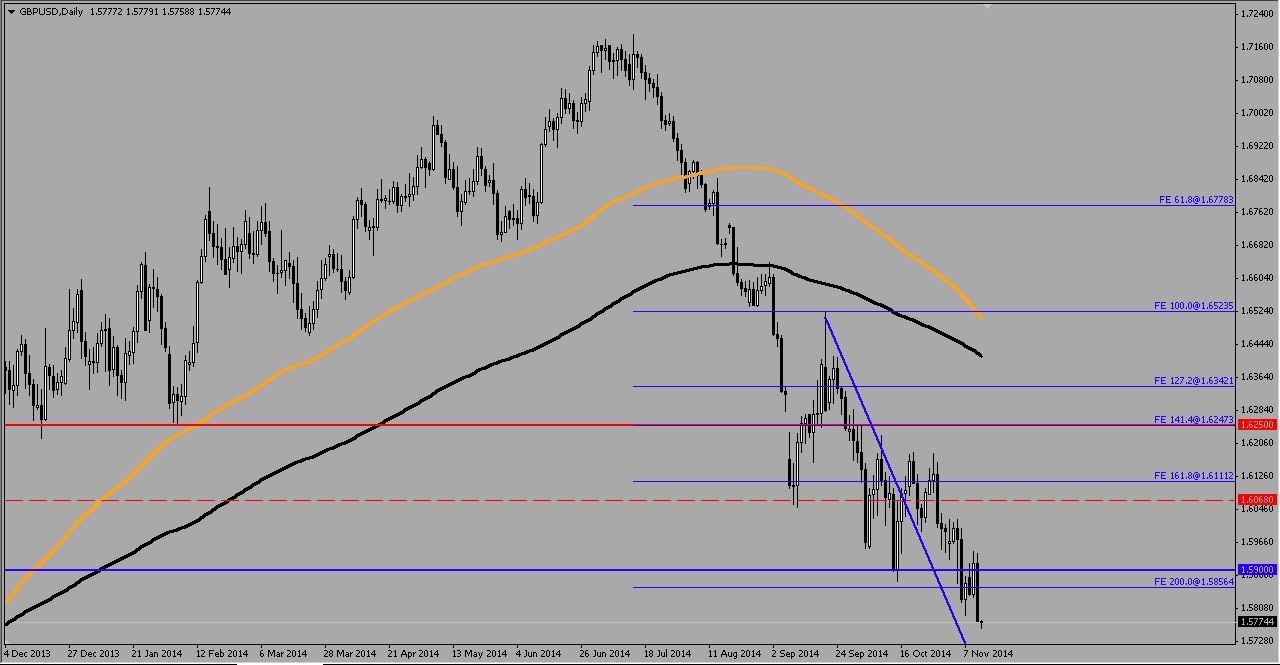 The earlier part of Wednesday saw a high of 1.594 attained before the Inflation Report by the Bank of England weakend expectations of a rate rise. 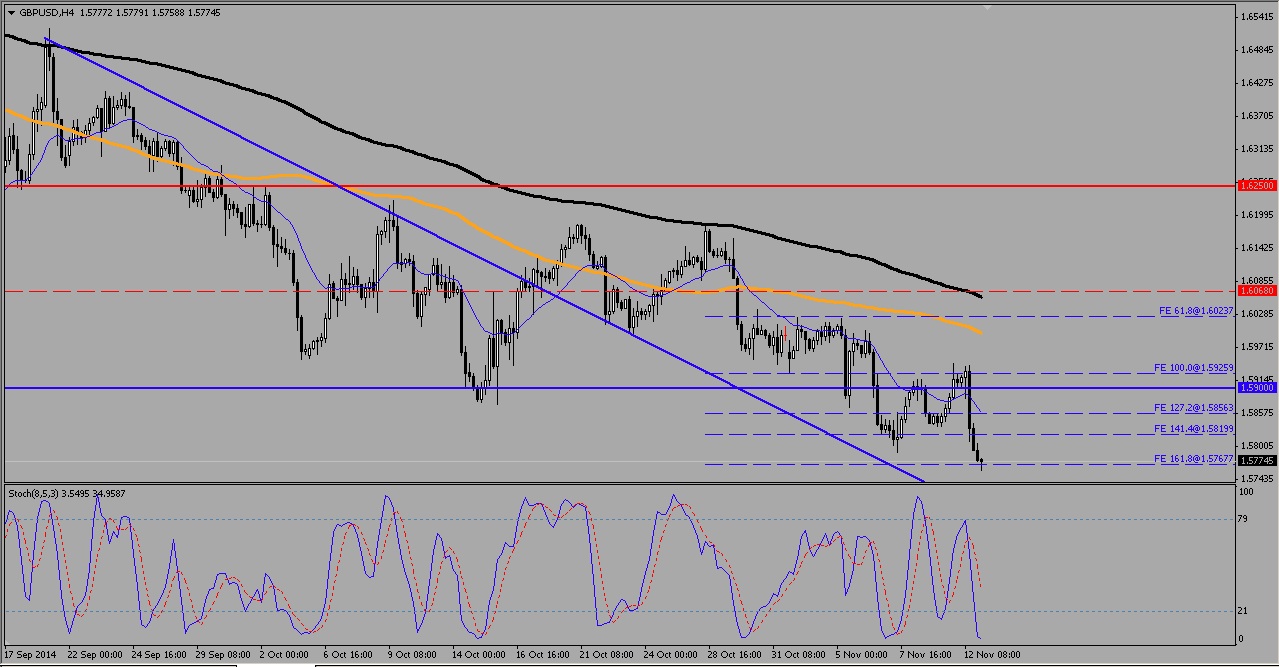 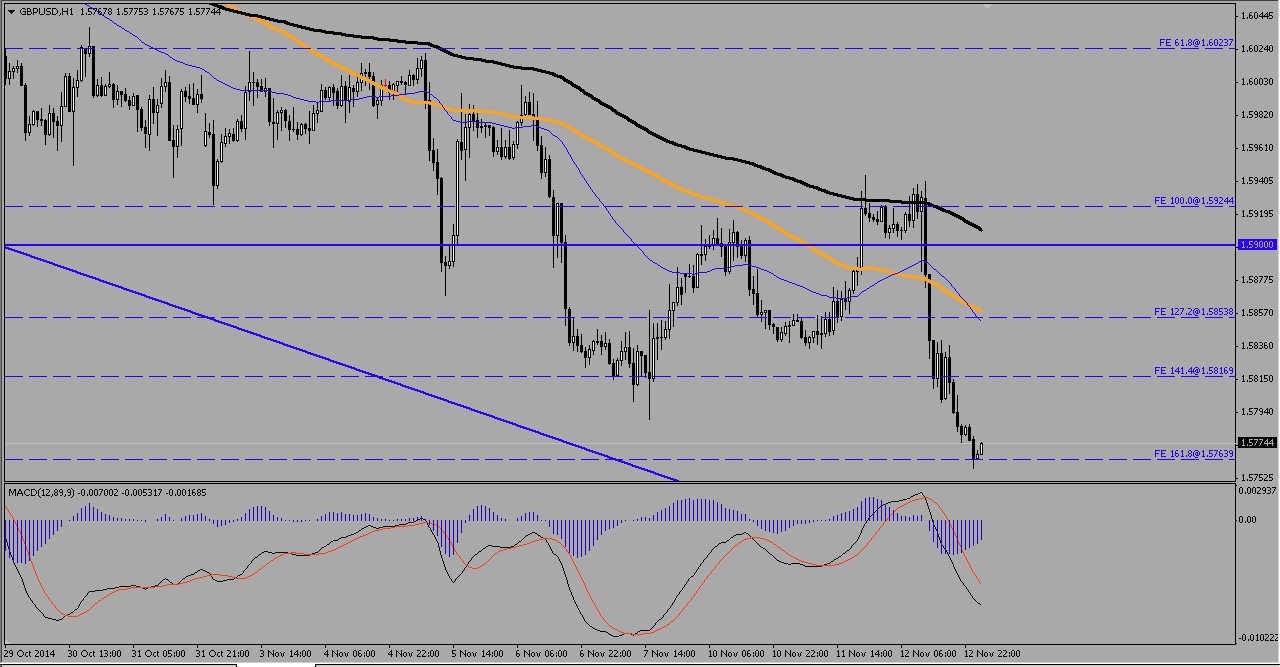 Should 1.577 not hold strong today, the likelihood of a continuation of bearish movement is supported by the Traditional MACD dipping into the sub - 0 levels, with next support at 1.567

Unemployment rates unexpectedly rose, average quarterly earnings rose more than expected but claimant count change figures were less positive than expected as the GBP/USD rose slightly before the Bank of England inflation report saw expectations of a rise in interest rates pushed further into the future. Markets responded by selling the Pound against the dollar as 1.577, a 14-month low. A failure to trade above the support of 1.5817 seen on 7th Nov could see it turn into resistance and extend losses towards 1.577 and 1.567 before the next major support. Even as the market unlikely turns to bullish sentiments, 1.5900 remains the strong price level to retest before any upside is considered genuinely and not as a retracement.