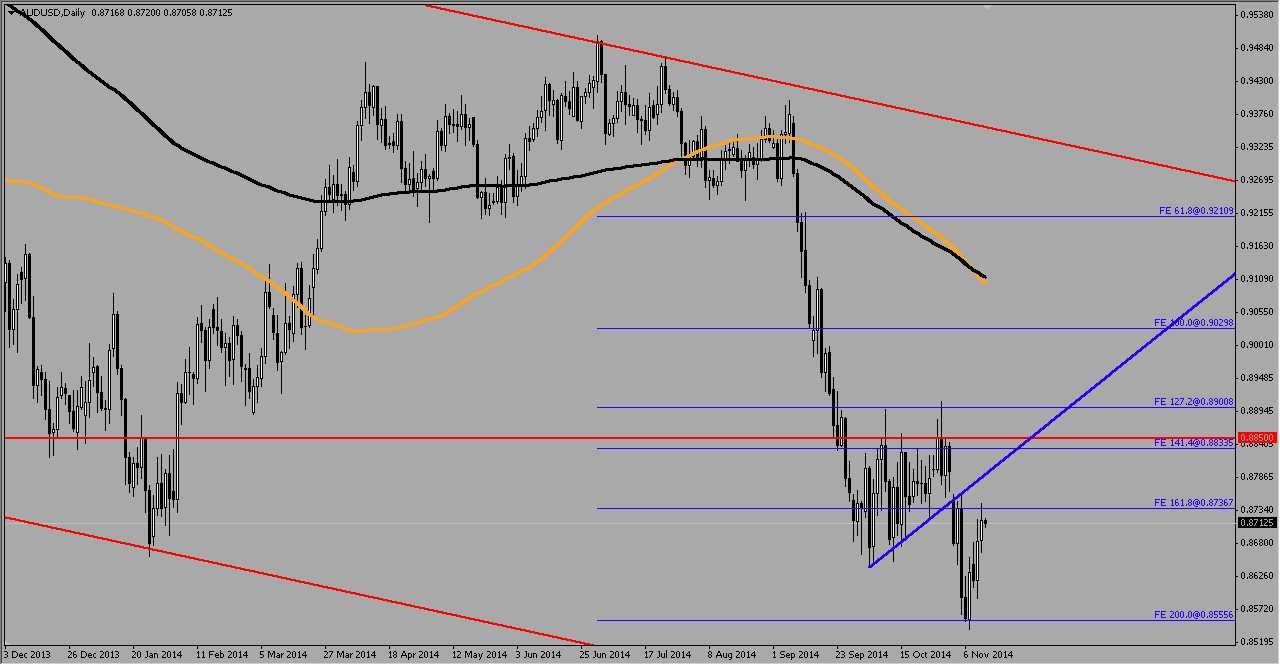 2 days of climbs saw Australian dollar attain 0.874 at the end of Wednesday trading 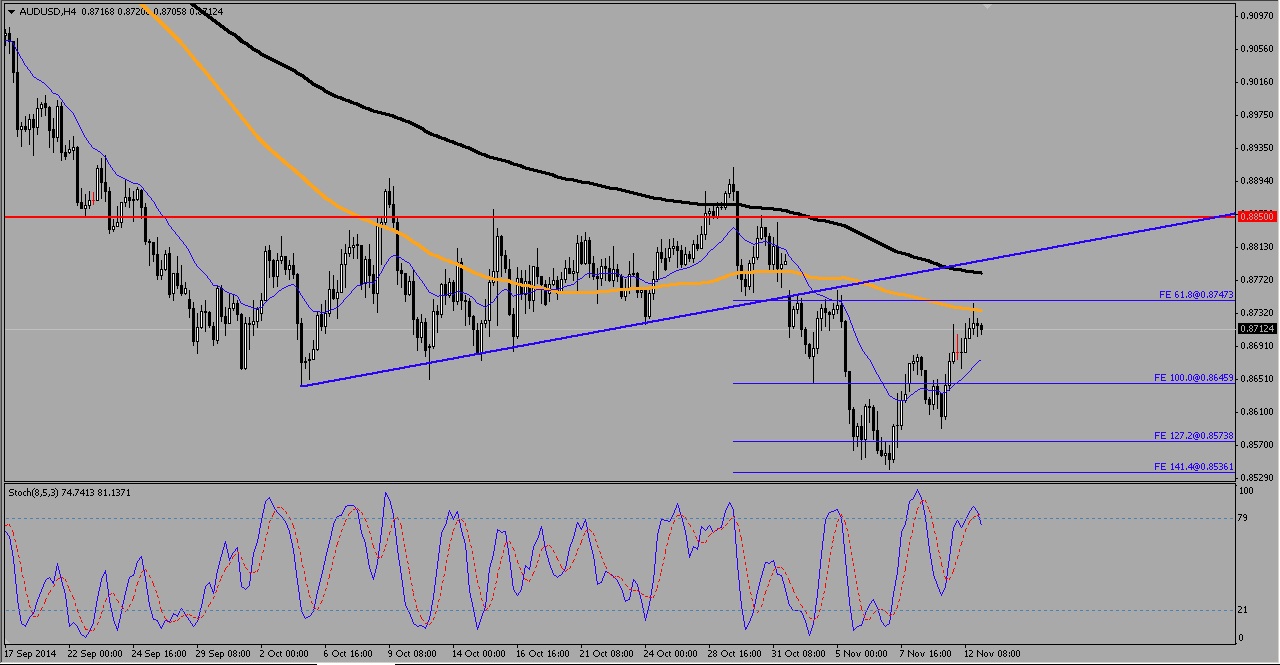 Stochastics Oscillator shows possible overbought indications as the candles seems to have met with resistance on the moving averages, despite breaking above the 20SMA 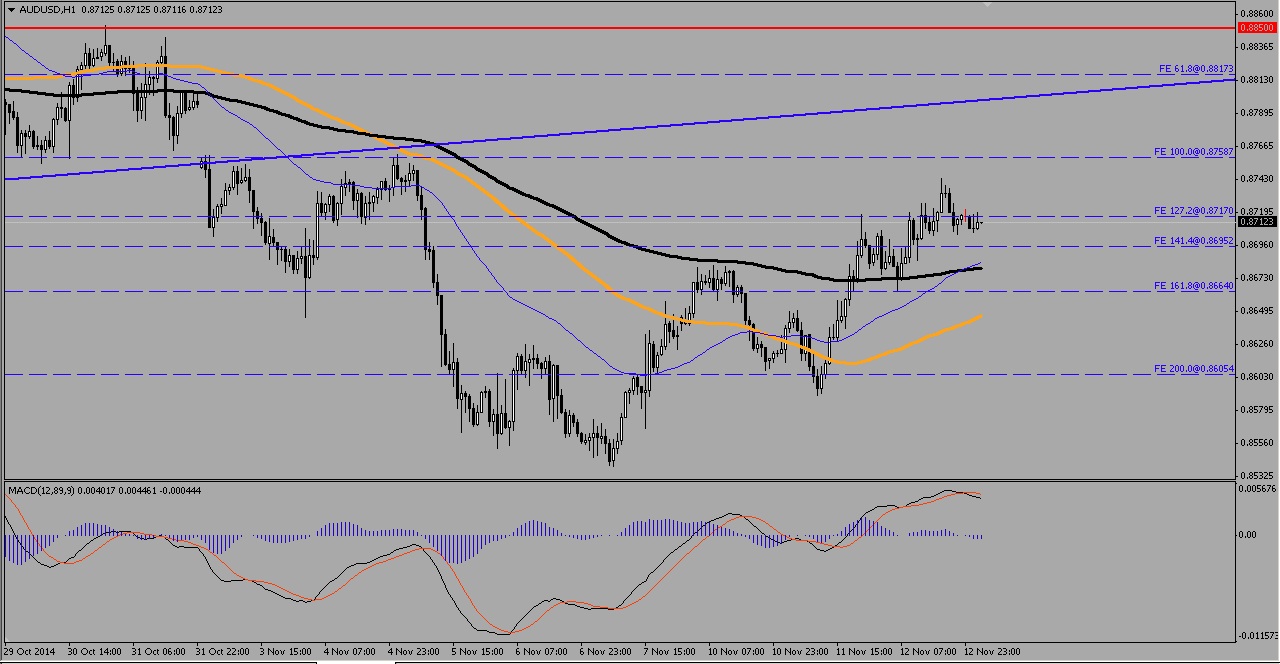 Australian dollar resumes its bullish mood as the Melbourne Institute raised expectations of its inflation expectations in data just released at time of writing. The resistance of 0.866 has turned into support and trading above the 200 hourly average the trend moves higher as moving averages intersect and swing upwards. H4 charts shows a overbought signal while the Traditional MACD on the hourly charts hints at a retracement in the bullish trend. A retest of 0.87 – 0.865 today is likely to act like a support for further gains.