The Aussie has been gaining strength over NZD in the last couple of months. Will this rally continue in the coming weeks and months. The following is our long and short term forecasts based on 13 March AUDNZD Elliott wave forecast.

13 March, AtoZForex - Since January, AUDNZD has been rallying after completing a long term bearish reversal pattern. These patterns, as we have proved with our Elliott wave analysis at AtoZforex, do signal price reversals and continuations. Motive waves signal reversals while corrective waves signal continuations. It's as simple as that. The chart below shows the weekly analysis of AUDNZD. 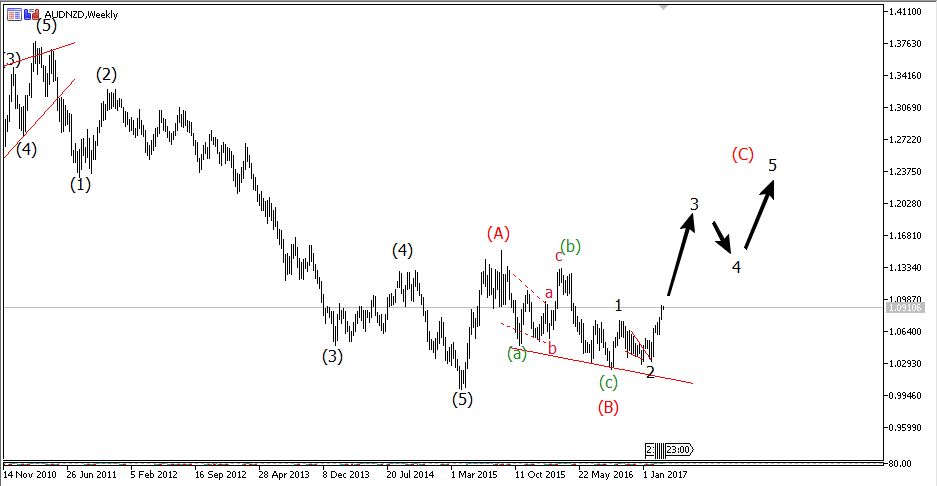 From the chart above, there was an impulse wave that started in November 2010 and ended in March 2015. Price rallied immediately after this pattern completed. A 3-wave correction should follow according to Elliott wave theory. The immediate sharp rally is impulsive and therefore, can fit in as wave (A) of the bullish correction. Price response to the end of the impulse wave was the biggest rally since 2010.

Wave (B) completed a zigzag pattern and price continued the rally.This is no coincidence!. These patterns say give a lot information about market participants' psychology which R.N Elliott believed drive prices. The chart below shows the reaction of price to the end of wave (B). 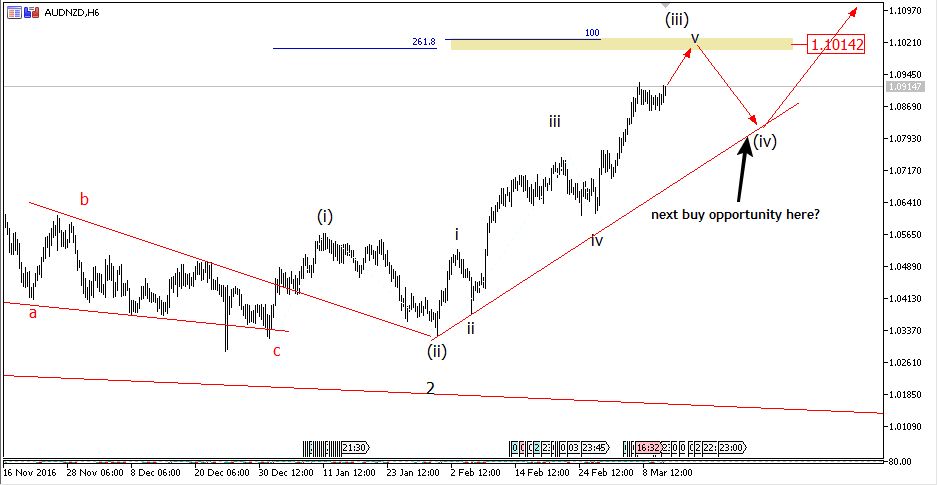 Wave (C) is expected to be an impulse wave with the way the rally resumed. We now count 5 sub-waves of wave (C). Price has completed wave (i)-(ii) of wave C with wave (iii) in motion. Our attention should now draw to wave (iii)-(iv) so as to take advantage of further moves upside to complete wave (v) of (C). Wave (iii) is projected to end around 1.101- 1.102 before wave (iv).

The potential opportunity is to wait for price to complete wave (iii) and dip to 1.075-1.082 (wave iv) region for bullish opportunity. Wave (iv) is expected to be corrective - zigzag, flat or a triangle.