The Aussie continued further upside after a major bullish breakout. Is there any likelihood for a bearish correction soon?. The following forecast looks at two scenarios based on 13 June AUD USD Elliott wave analysis.

13 June, AtoZForex -  In the last update, we did a comprehensive analysis from the long term to intraday perspectives. The rally was called for after price made a major breakout. We identified a major bearish correction - double zigzag pattern. Price made a breakout upside, a deep correction and resumed upside. Since then, the rally hasn't looked back. Aussie is really strong now. The bullish move is highly likely to continue but after a major correction. This correction may not be as deep as the last one. We tried to look for clues on how this bearish correction will play out but price has not made a real bearish move to date. The chart below was used. 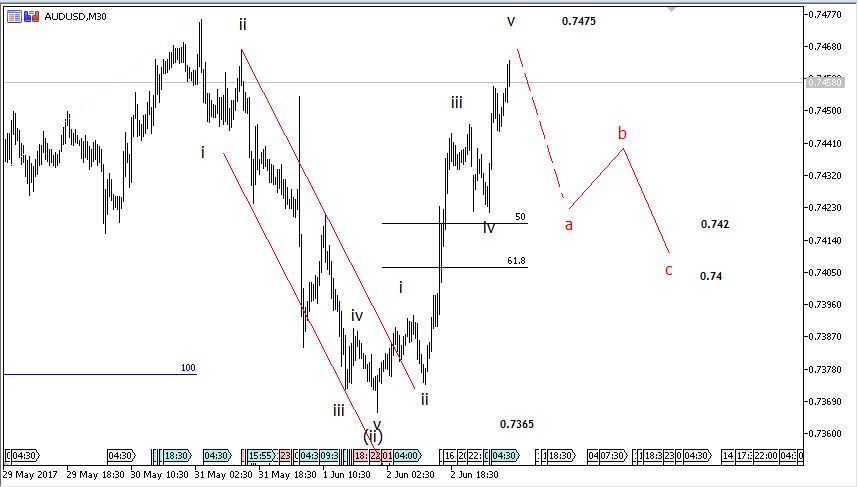 There is already a bullish opportunity to take price toward 0.84 but the entry price could even be better for a huge R/R. There should be a bearish correction starting at or below 0.745 of the sub-impulse wave wave from 0.7365.

To look at this further, we have two scenarios. 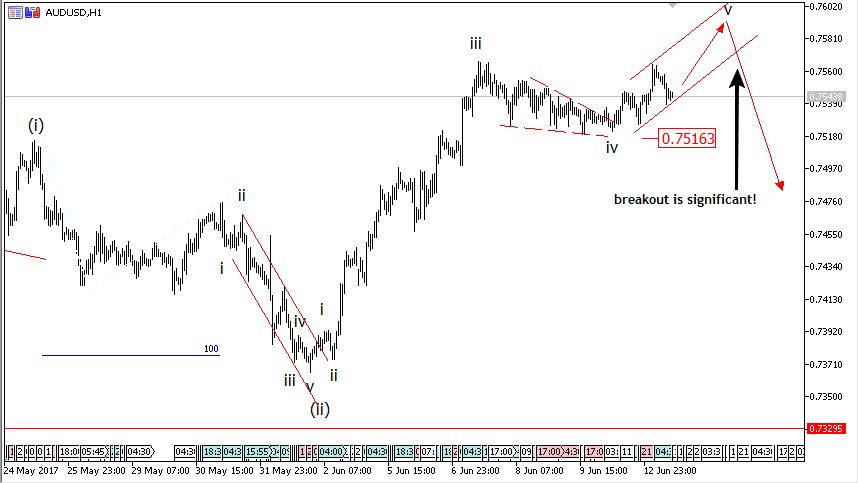 The chart above shows price not completing the breakout impulse wave yet. Price could be getting ready to make a new top and end the final stages before a major correction of this degree. Price is expected to stay above 0.7516 and more preferably within the rising channel. This scenario could suit sellers who want to sell at the top after the breakout. A break below 0.7516 will hamper this development and set price for a bearish move covered in the second scenario below. 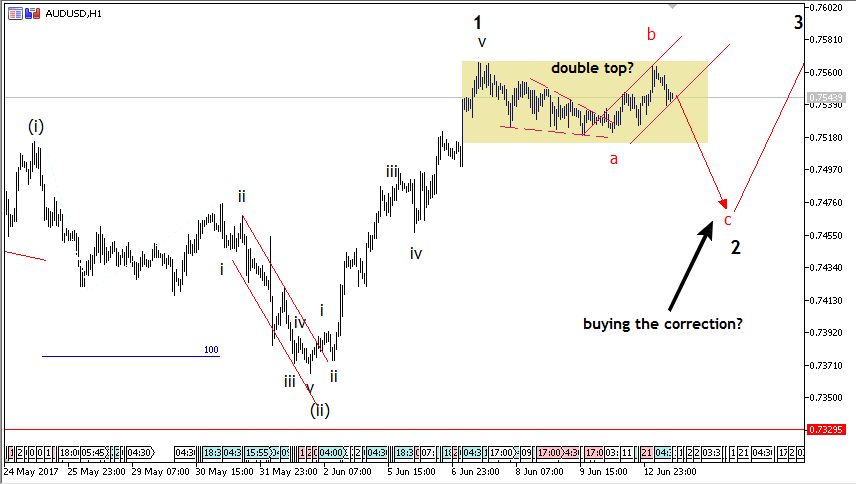 Has the impulse wave completet yet?. It looks so with the double top formed by the top of the impulse wave and the top of b-leg of the bearish correction. If price breaks below the channel and eventually below 0.7516, we can expect the last leg of the correction further downside. Buyers can wait to buy the end of this correction. This scenario could suit buyers who want to buy or add to their position.