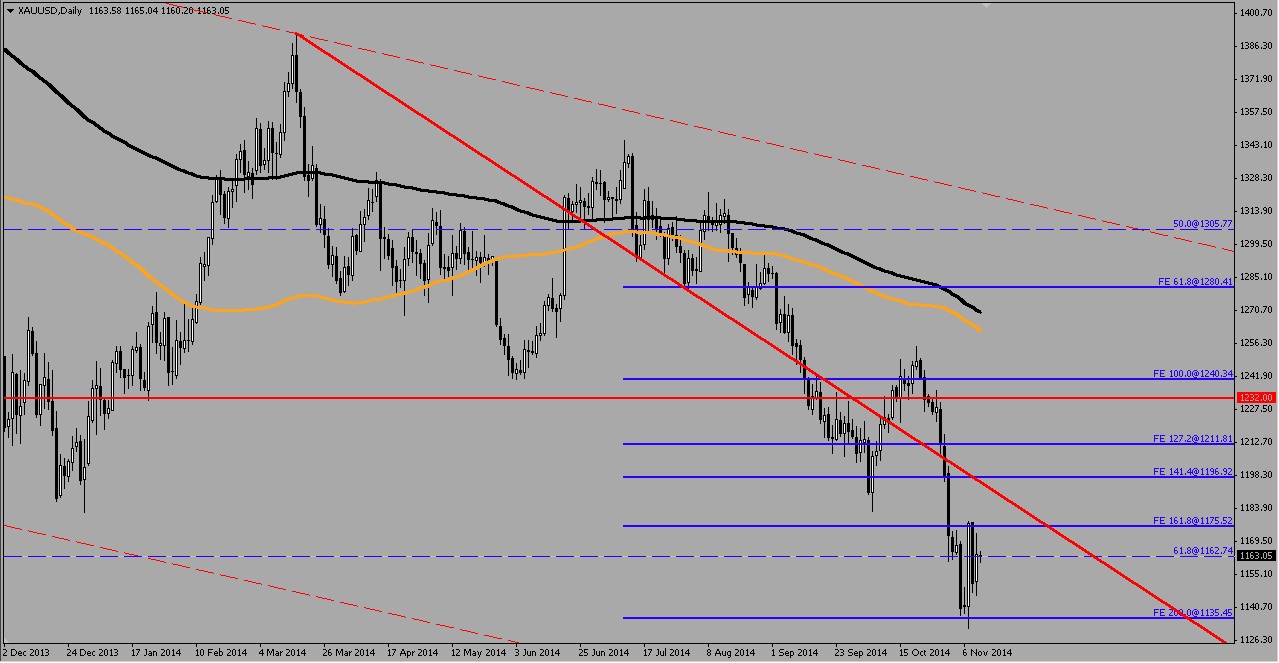 Gold price rose to above 1170 yesterday but ended the trading day below the 61.8% of the uptrend Fibonacci retracement at 1162.74 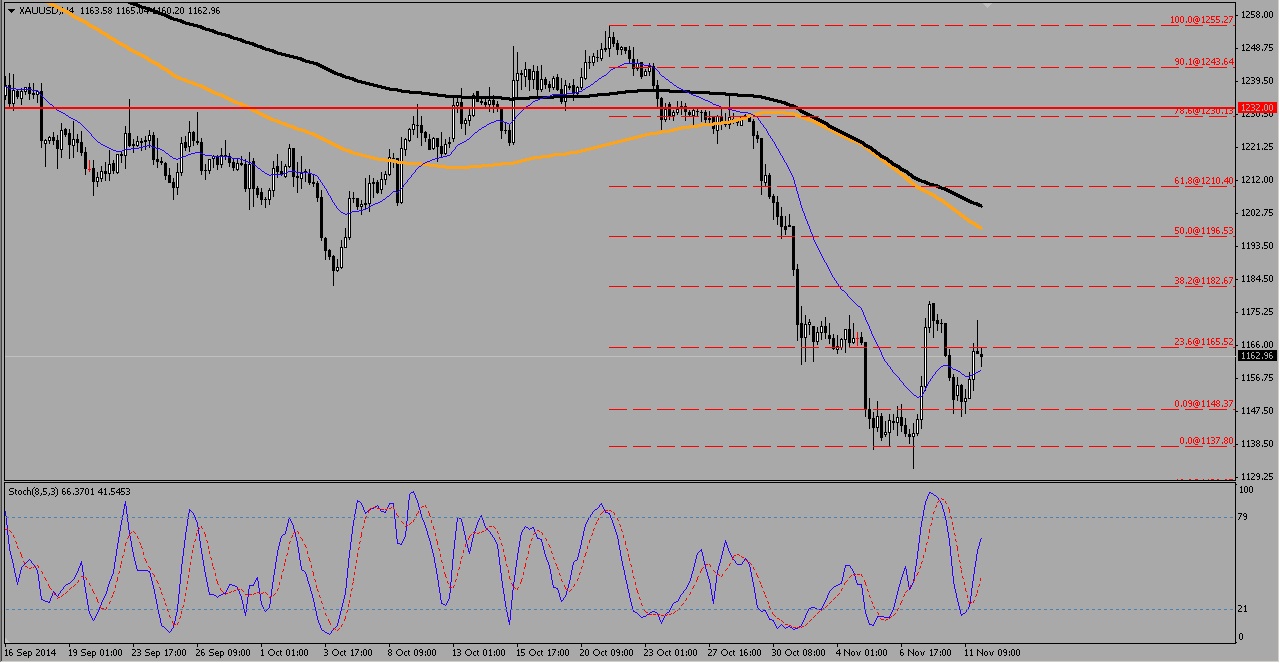 23.6% of the downtrend Fibonacci retracement looks to have encountered some exhaustion 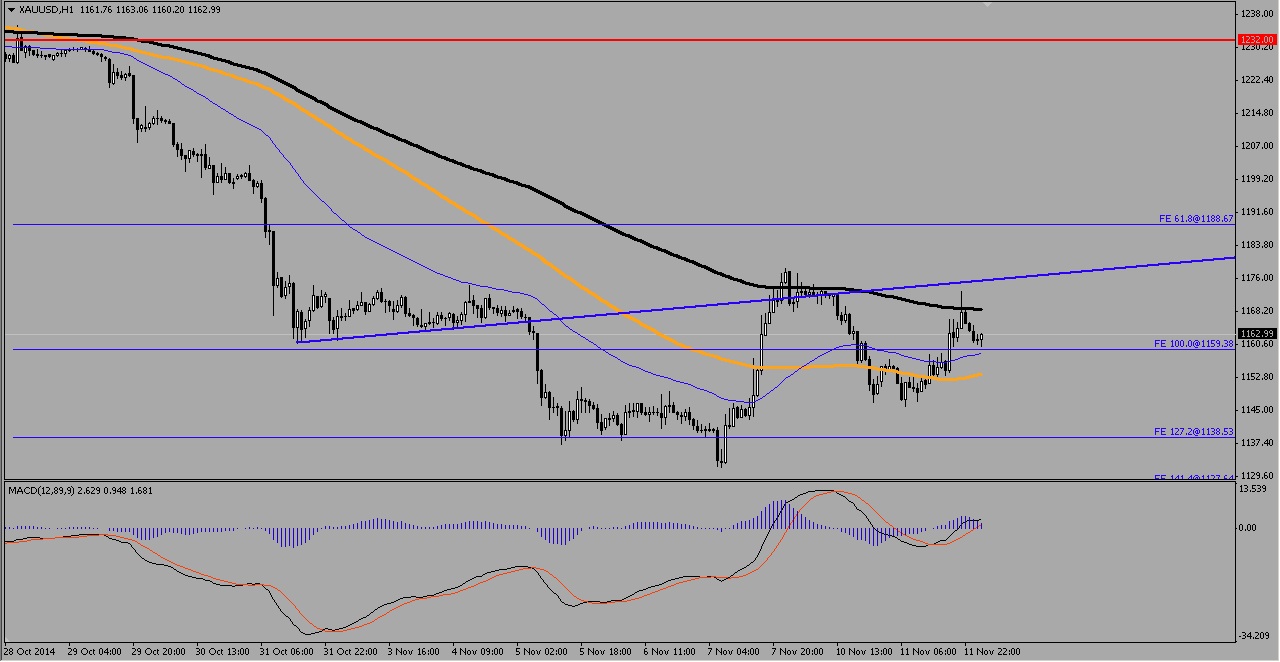 A bullish bounce off the support of 1160 is likely to break through the 200 EMA as the 20 and 104 moving averages converge to swing higher, with the Traditional MACD climbing above the 0 level for bullish trend signals.

The H4 and H1 charts both seemed to signal a slight upwards sloping trend, which could be part of a bearish retracement. As seen on the hourly chart, the blue trendline was barely retested yesterday as a possible resistance along the 200 EMA in black, but with a higher low forming a potential rising wedge pattern could lead to more sellers entering the market once a critical price resistance is attained. 1175 , 1200 remains the mid term resistances that are considered sell zones.