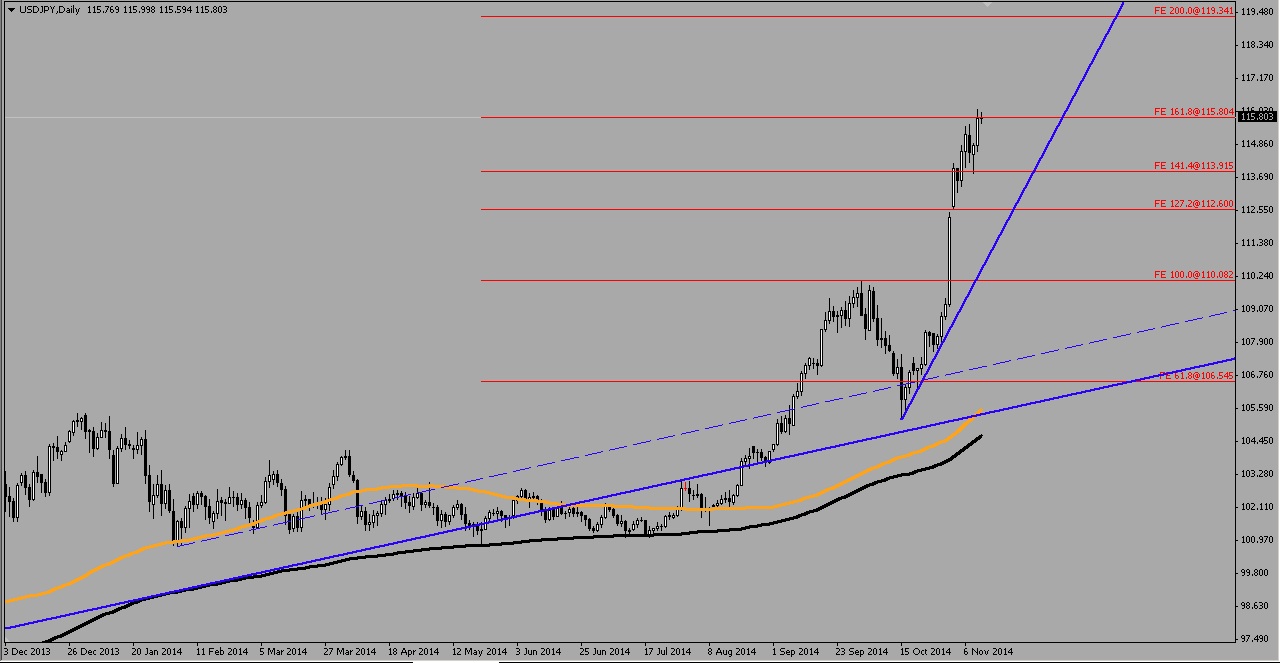 Yen traded to the lowest against the Dollar in 7 years as 116 was attained yesterday. Consumer confidence fell as the Japan’s economy watchers’ ratings fell in data released yesterday.

Resistance stays at 115.8-116.3 as the Yen weakness looks set to continue, but with no key data release today on the dollar side could see subdued movements during today’s trading. 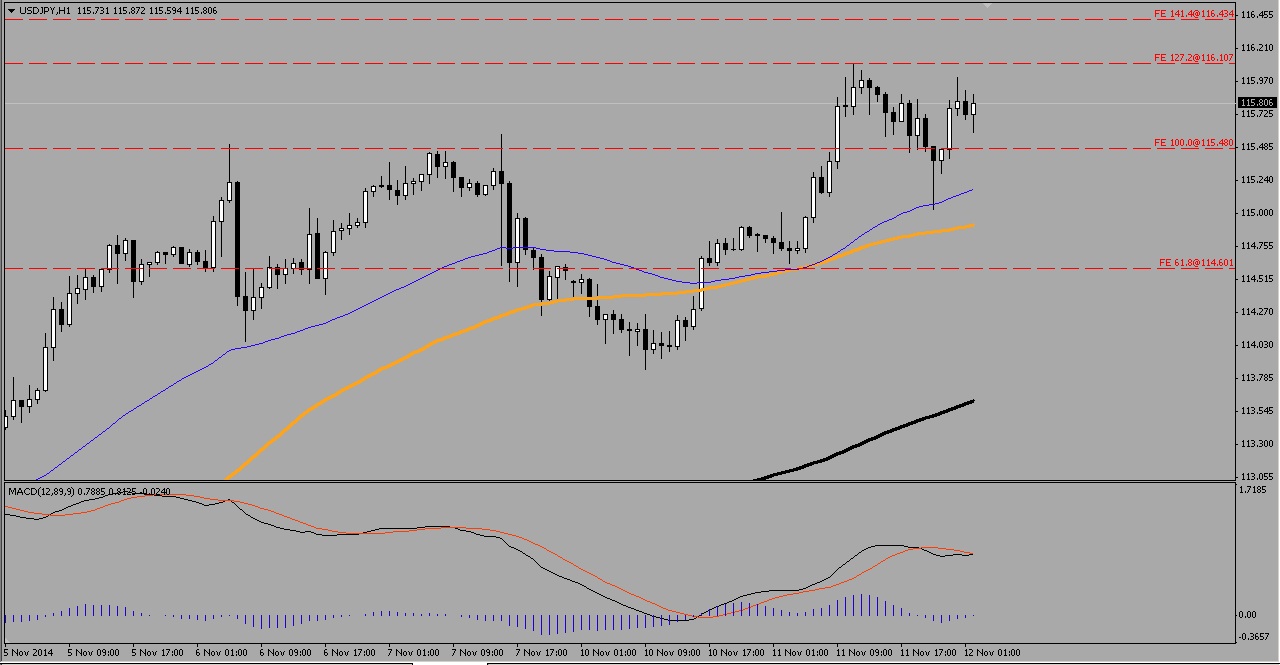 A rebound of the 20 moving average on the hourly charts gave rise an excellent re-entry opportunity on the bullish trend as the 104 and 200 hourly averages remains upward sloping.

With overbought signals on the H4 not showing the intended selling off, the market is firmly on the view that the fundamentally weak Yen is carrying on its slide towards 120 or some economists say 125. With dips mostly watched as an entry signal to carry on buying more on this pair, do look out if 115.4 and 114.6 are reattained today as support to re-enter the market.