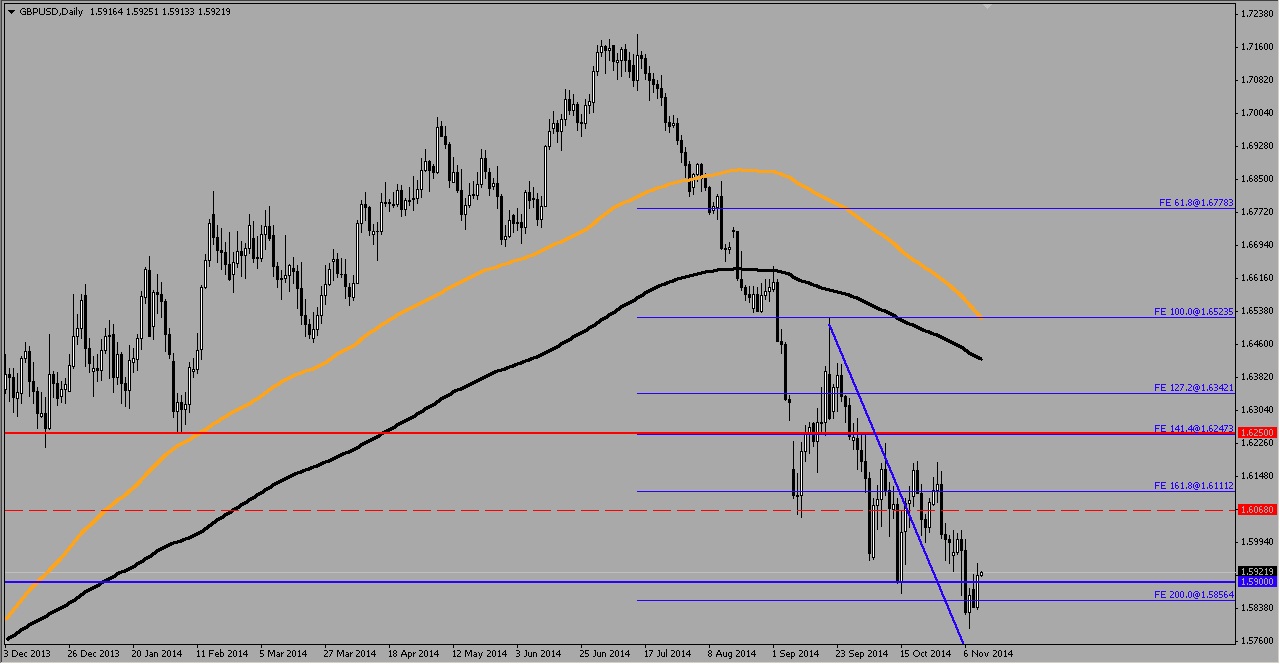 Cable traded to a high of just below 1.595 yesterday as Monday’s losses were erased 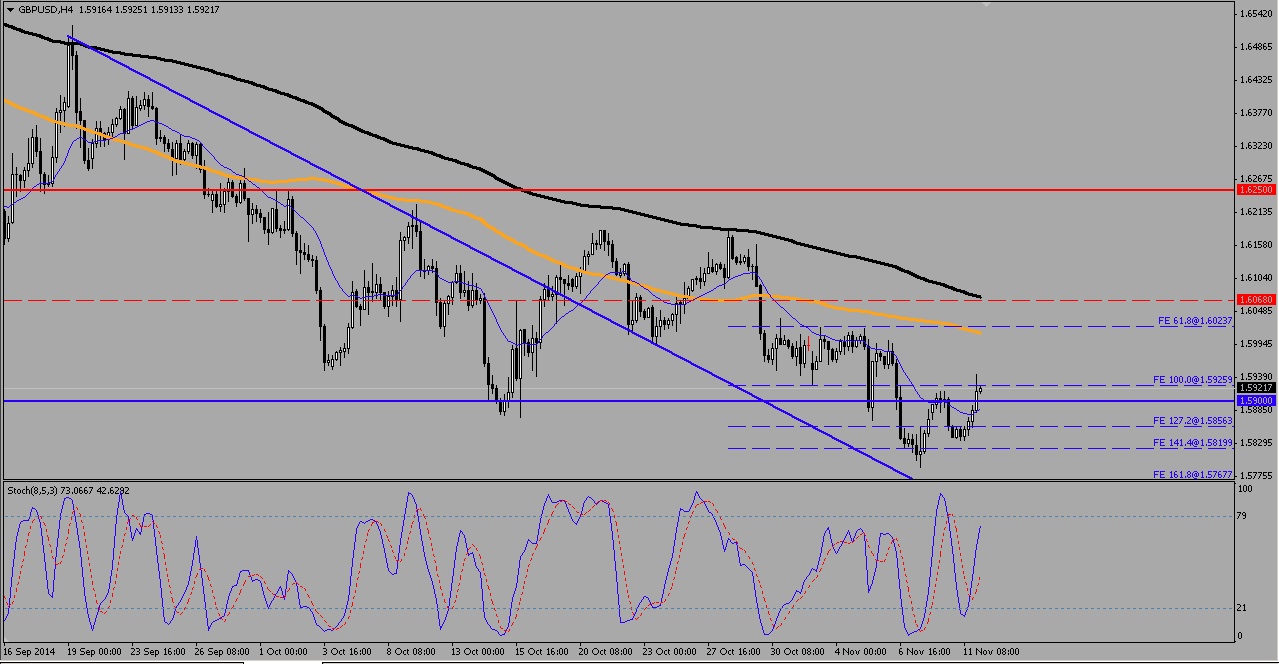 A break above the 1.5900 support turned resistance on the H4 charts saw support on the 20 moving average , as well as a rebound off the 127.2% of the downtrend Fibonacci expansion support price at 1.5856 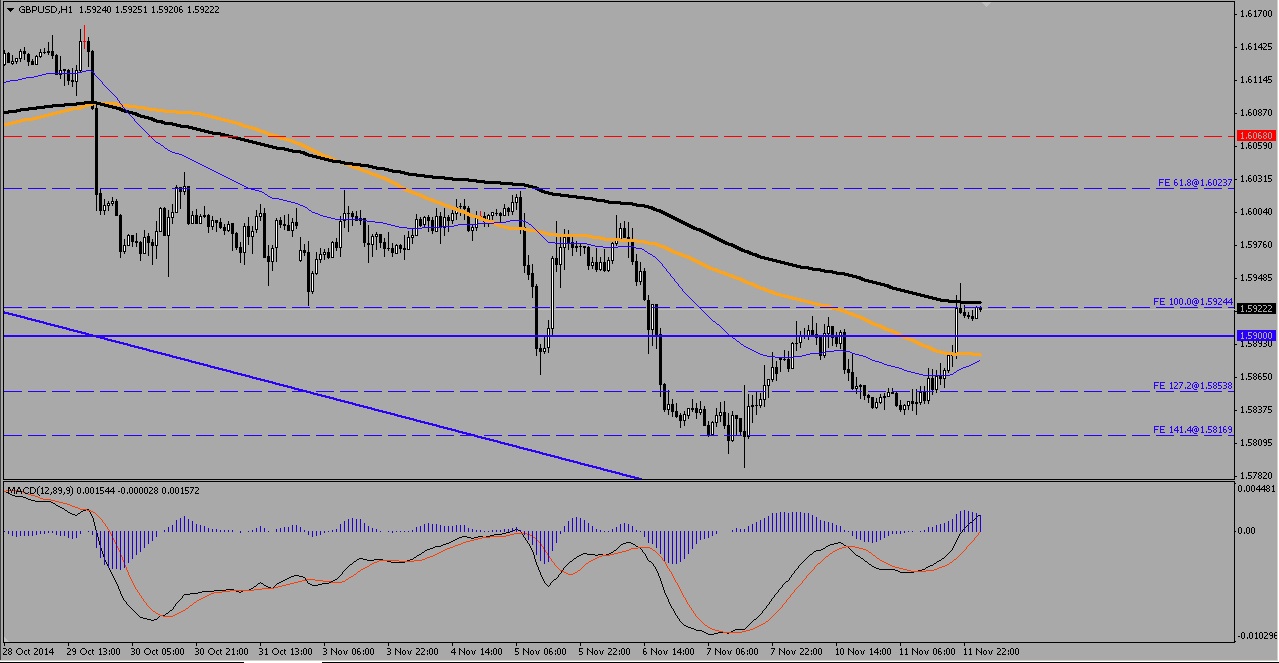 Today’s likely breakthrough of 1.592 will also be a bullish break above the hourly recent downtrend lower highs, awaiting just the confirmation of a upward sloping 20 and 104 moving average the earliest signs of reversal

Higher lows have formed for Cable on the H4 and H1 timeframes as the 200 moving average the next step in confirming the return to bullish ways for the Pound Sterling. The overbought signal on the H4 Stochastics Oscillator was short lived as the reversal signs were predominant as the H1 Traditional MACD moves close to going above the 0 level and bullish trend is likely to emerge, should the prices make a strong break above the 200 EMA in black. With the Bank of England announcing a likely more positive data in the drop in claimant counts and increase in average earnings quarter on year, buyers of Pound Sterling may be waiting to push it past 1.602 levels and attaining 1.61, we can see bullish trend emerging towards 1.625 this week. A less than estimated figure could push Cable back towards 1.585 and 1.582 supports, but staying supported at this range still gives rise to a lack of decisive bearish action in the market towards the Pound Sterling.